In his latest F1i column, Romain Grosjean talks about the excitement of Monza, what he has been doing for Haas between races and what else he'd like to see on the calendar 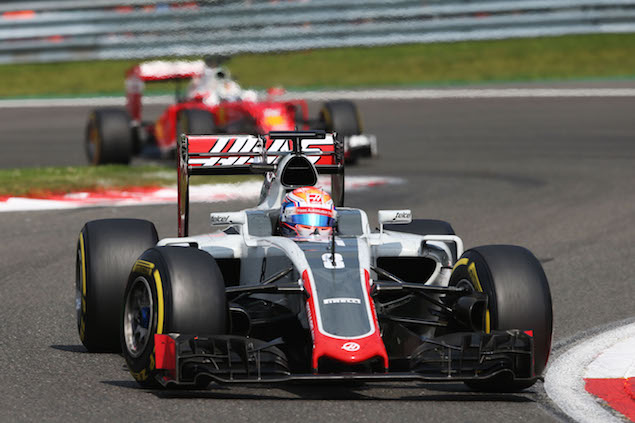 So, where to begin with the Belgian Grand Prix? Well the start was good. I was fast off the line and climbed as high as fifth on the opening lap from eleventh on the grid.

Unfortunately, we then had a slight technical issue which effected my top-line speed. It was a shame as I’m sure that probably cost us a good result.

I’m just concentrating on the positives now, and that includes being much more happy with the car at Spa. That gives me more confidence moving forward into the final races of the season.

We’re here in Italy now and there’s no doubt the Italian Grand Prix is one of the highlights of the season. It’s a very particular track, noted for its long straight lines and the downforce package we have to run.

As I said, we all enjoy coming here to race, and as drivers, we look forward to Monza every season. The fans, the ‘tifosi’, create such a unique atmosphere and spirit at the race, it’s all part of the history of the circuit and the event itself.

When you combine the race track, with the fans and the heritage of Monza, you’re almost guaranteed a classic event, and it’s a great way to sign off our European-swing on the calendar.

Of course, at Haas F1 Team, we also use the Ferrari engine, so maybe we’ll get some of the extra support from the fans as well. 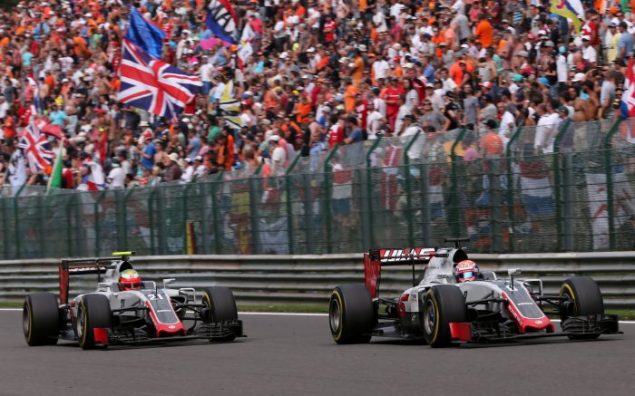 The package we’re bringing is very different from what we’ve been using elsewhere, so we really arrive not knowing quite where we’re going to stack up. It’ll be very interesting to see how it goes, and if we’ve done a good job in the wind tunnel.

Ultimately, we’ll get an indication after we’ve run in Friday’s opening practice session. You get a feeling for how your weekend’s going to play out after that session, for better or worse.

You can gauge whether or not you’ve got a relatively easy weekend ahead, or if you’re going to be chasing performance all the way through. At some circuits you can turn things around, but in general you know quite quickly where you’re at after practice, and you go from there.

As I mentioned earlier, the Italian Grand Prix is our final race in Europe this season. I get asked a lot my feelings on the calendar and the balance between the races around the world, especially as this year has the largest-ever number of events.

It’s tricky, because there are so many tracks in Europe we’d like to race at, and where they want F1 back. A great example would be the French Grand Prix. On the other hand, there are so many amazing race tracks in other parts of the world, in the United States as a prime example, where I’d love to see a second race.

In an ideal world, and to accommodate those wishes though, we’d have something like thirty races in a season, which we obviously don’t want. Tough choices always have to be made regarding scheduling.

I’m pretty happy with the way things are right now. I’d simply ask for a French Grand Prix and a second race in the United States. 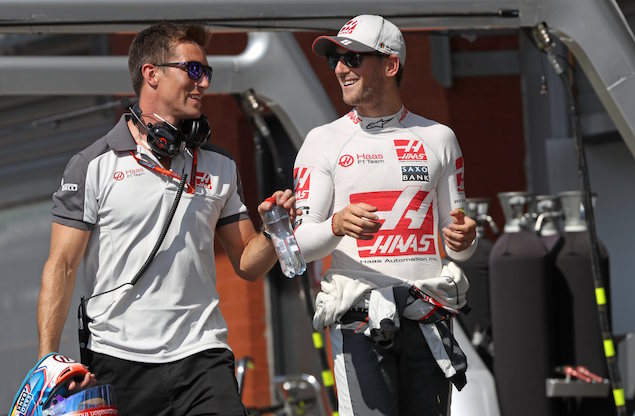 Just before I headed here to Italy I attended another Haas Automation event, this time in Zurich. We squeezed it in after the Belgian Grand Prix. I’ve got another one in Milan this weekend too.

I’ve got to say, I’m privileged to meet a lot of Haas Automation customers and employees, and the feedback I get is that they absolutely love what we’re doing in Formula One.

The idea of a brand being involved in our sport is to build awareness and global recognition, and that’s exactly what’s being delivered for Haas Automation.

At these events, they have a driver attend, they have a show car on display, and of course they get Gene Haas and Guenther Steiner turning up as well. The events we go to give customers an opportunity to not only meet us, but to talk about the programme and get up-close and personal to what it is we’re trying to achieve.

We use Haas Automation products to build components for the Haas VF-16, so there’s a very real connection to the brand and to our Formula One campaign, the customers love that relationship, they’re on board with the journey.

I really enjoy those events, they’re always a lot of fun, and I’m looking forward to the one we have in Milan at the weekend. I’m hoping we’ll be arriving after a solid qualifying effort, and we can give everyone plenty to cheer for come Sunday afternoon at Monza.