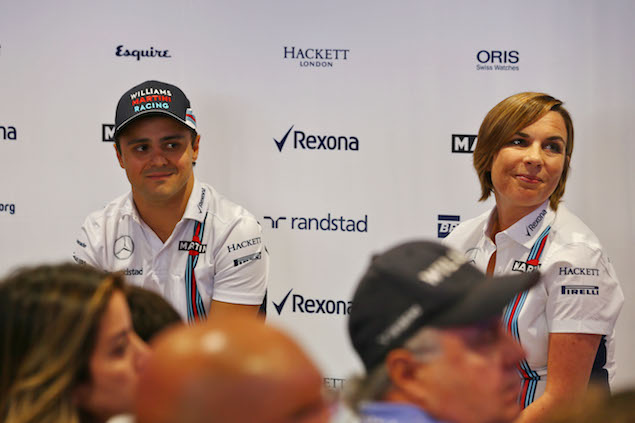 How do you sum up what Felipe brought to the team in the last three years?

“It’s difficult to sum up a driver like that. We were so lucky that he agreed to join us off the back of some really poor performing years and that was probably a very big decision for him. I’m so pleased that he did because it has just been an amazing three-year journey with Felipe. He just embodies everything that we love about a Formula 1 driver. He brought that with him, he has the experience, he has the talent and he has the personality to really help drive a team’s performance across so many different levels and we benefitted from that over three years. He’s brought five podiums to the team and he’s helped to take us to third place in the constructors’ championship two years in a row.

“That’s something that we’ve been so lucky to have benefitted from at Williams and something that we’re going to really miss. It’s obviously an emotional day for him but also an emotional day for the team. We feel very privileged that he joined our team and we feel very privileged that when we look back at history Felipe Massa will be one of the drivers we can boast about having driven our cars.

“We love drivers like him, he just captures the spirit of Williams and I’m very pleased that he’s taken this decision himself, he’s controlled his own decision and the announcement of it and that’s a really great thing to be able to be able to do in Formula 1, to leave your career with dignity and your head held high.”

Do you think people maybe underestimate the influence he has had on Williams since he came here? Because obviously he came here at a time of significant change for the team…

“I don’t know if I’d say underestimated because I don’t know how people feel about how much influence he’s had on the team but he’s definitely influence us. I remember telling the team that we’d managed to secure his services and people were like ‘Wow, Felipe Massa? Someone like him wants to come to Williams?’ Off the back of where we were at that time, that was a real morale boost and that shouldn’t be underestimated, how someone like him putting their signature on a contract saying ‘I’m going to come and drive for you for three years’, that’s a big deal and that can be really helpful for morale in a team when someone like him comes in.” 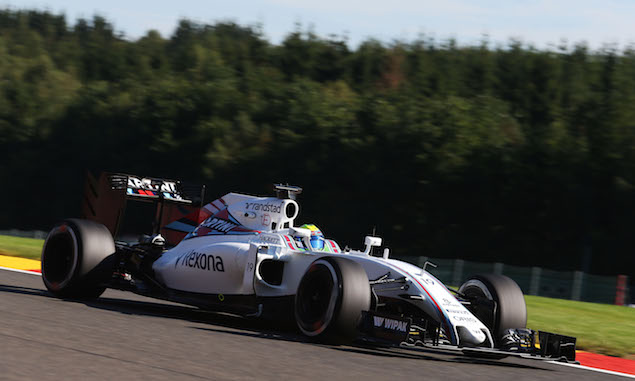 You mention he came to the decision himself, were you talking about next year to him or did he just come to you and say ‘rule me out for next year, I’m retiring’?

“Driver conversations are kind of private and you don’t want to go through the details of those conversations otherwise you’d have them in the middle of the paddock with everyone’s dictaphones around you, wouldn’t you? But it was his decision and we will miss him next year, but that’s Formula 1 I suppose sometimes.”

Inevitably people will now be going ‘who is going to fill that seat and who will be alongside him?’ so what are you looking at in terms of a timeframe for trying to get that sorted?

“We want to do that pretty quickly. It’s not like the team is suddenly now unstable, we’re having those conversations and I would have thought we would end up making our decision fairly quickly so I’d hope to think we could make an announcement in the short-term but I’m not putting a timescale on it.” 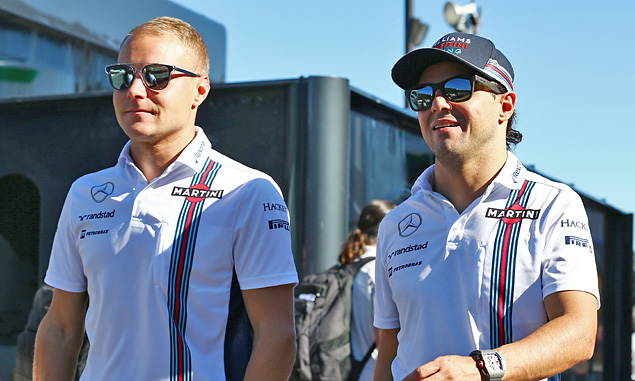 The only name I will put in for now is the guy in the other seat; does it put more emphasis on keeping Valtteri to have some form of stability and benchmark?

“I think consistency is really important to any team year on year and when you have a regulation change like the one that we have got coming next year I think that’s really important. But there are so many different criteria that you benchmark against when you’re making a driver selection that we have to look at all the options that are available to us.”