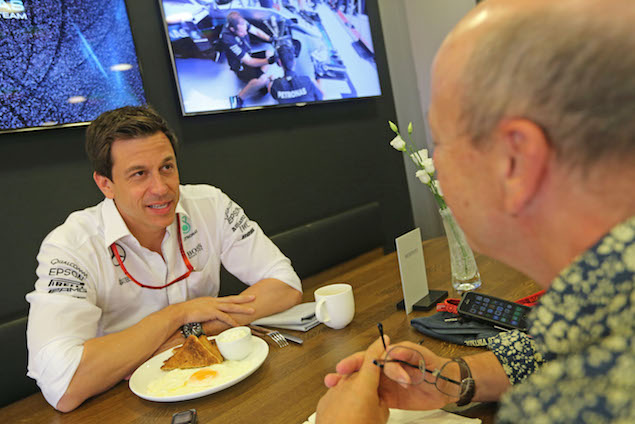 Living in the blinkered world of Formula 1, it’s easy to be totally unaware of anything going on over the other side of the swipe gate and so it was that Toto Wolff appeared to land as if from another planet, fully formed in the role of Executive Director of the Williams team in 2012, having bought into it back in 2009. In 2013, he swapped one team shirt for another, moving over to Mercedes, as an executive director of the team and the man in charge of all the German company’s motor sport activities. You almost expect him to walk into a room to the strains of Sade’s 1984 hit, “Smooth Operator.”

Last weekend, I interviewed Otmar (Szafanauer, Force India CEO) and like you he has Romanian origins, you have Polish-Romanian family ties. I too have some Polish ancestry, so I’m feeling a bit left out as you two are captains of industry and I’m just a humble hack. Tell me a bit about your family background and also how come you’ve got a Norwegian first name?

Do you speak Polish?

No, it was too many generations back.

I was raised in a Polish household so I speak Polish. My kids are 12 and 14 and they said to me “We’d like to learn the language. We don’t want it to be lost.” It’s an interesting development. My mother was Polish and fled Poland with her parents in the late 60s, from the Communists, and met my father, who was a Romanian, in Vienna, and they got together. So my background is actually Polish-Romanian. For whatever bizarre reason, they gave me this Norwegian name, (Torger) which actually means Thor’s javelin.

That’s quite a name to live up to.

But actually, Toto is the opposite. It’s the name of a dog from The Wizard of Oz.

It’s the name of an American band.

The name of the most famous Sicilian mafioso - Toto Riina, the most brutal one.

And maybe not to be discussed over breakfast, it’s a brand of toilet.

Yes, when we’re in Japan for the racing I regularly get a text message from Bernie saying, “every time I’m on the loo pissing, I think about you.” 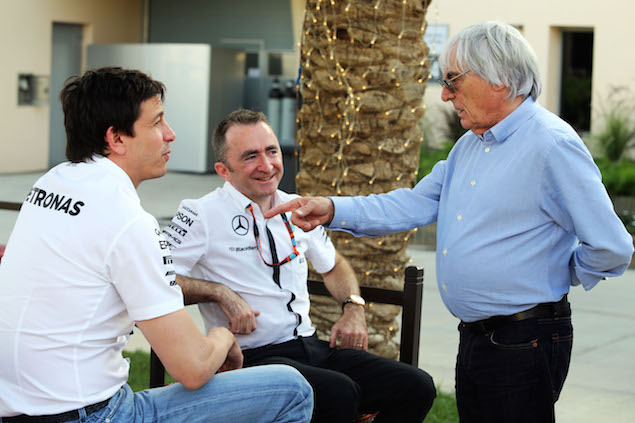 That’s typical Bernie. You’re an entrepreneur, a successful businessman before being in Formula 1. You’re looking at me as though that’s wrong?

No, but I find the word entrepreneur is such a cliche. Everybody wants to be an entrepreneur. I’m struggling to find a better terminology.

A successful businessman? An investor?

In German, the best word is ‘Unternehmer’ (a doer). It’s not a manager but it’s somebody who is in there in risk and reward, with skin in the game.

Do you find the way Formula 1 operates in business terms a bit crazy? That some team bosses are a bit crazy?

The crazy bit is that people don’t understand that it is like any other conventional business. The same financial realities and rules apply. But people sometimes somehow get detached from reality because of the huge media exposure. Some of the guys seem to think that they are really somebody. And the truth is they are running tiny little businesses in a global context and even in an international context. When you look at the size of our company with 1500 people and a turnover of 500 million. Alone in Austria, I can probably find 3,000 companies that are larger. Because we have this media exposure, people see their faces on TV and somehow reality runs away with them.

Obviously, actually winning anything in Formula 1 is very difficult but in terms of how it’s run as a business, is it more straightforward than we’re led to believe or is it a complicated mess?

It’s straightforward because, like, in a normal business, it’s all about people, it’s all around resource, it’s strategic planning and execution, and in Formula 1, if you put those major dots together - drivers, people, engines, financial resource, technical resource, team spirit, energy and time, eventually success is going to kick in. It’s such a cliché to say it’s a people’s business but it is. We’re only as good as the sum of our people and how we all act together. You can have a couple of superstars, but it’s not going to function if they are not interacting well with the others. 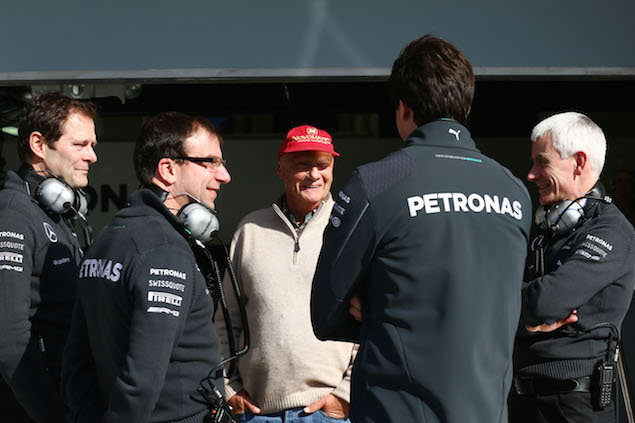 When the Mercedes team was building up, a lot of people were saying “it has so many chiefs.” There was a time when you seemed to have employed every spare technical director in the paddock. How are all they going to work together if they’re all prima donnas? How did you manage to make it work?

Because nobody understood what Ross (Brawn) was actually doing. We didn’t have five technical directors because each had a different position. Ross had a good vision of what he needed and he knew these guys because he worked with them and he started to put together a really solid team, but of course, the obvious simplification was it’s five technical directors because they were the jobs of these guys before.

The first one who gave the framework to the structure was Ross Brawn. He said something nice when we met at Goodwood recently and we discussed how the team developed. He said “I’m really happy to see that you haven’t dropped the ball. It would have been easy to drop the ball and you haven’t.” I think we’ve tried also to understand how to make the organisation work as well as possible and which of the guys in which area of competence needed the best support. What we’re trying to provide is the framework to make our top people perform at their best.

You’re right - many of them have been the top technical animal in their respective organisations before, but the team has developed a lot. Red Bull was the first team to understand that growing your organisation, investing in resource is eventually going to bring you sporting success. With the 2014 regulations kicking in, which was a steep change in car technology, these very experienced people gave us a head-start, not to mention the fact that they’re really nice guys, which is very important for the organisation. 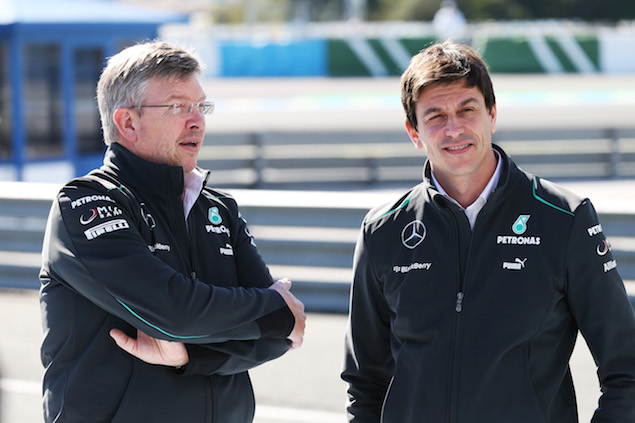