Jenson Button has announced he will take a sabbatical from racing in F1, working as an ambassador for McLaren with the option to race again in 2018.

"As we all know, you're not just a racing driver when you drive in Formula One, this is your life and I definitely need a break from that in 2017," Button said.

Button has raced in F1 since 2000, making this year his 17th consecutive season in the sport. He insists he is not retiring, but with the Briton not on the grid next season it's the perfect time for a gallery of his career to date, starting with that debut for Williams at the age of 20... 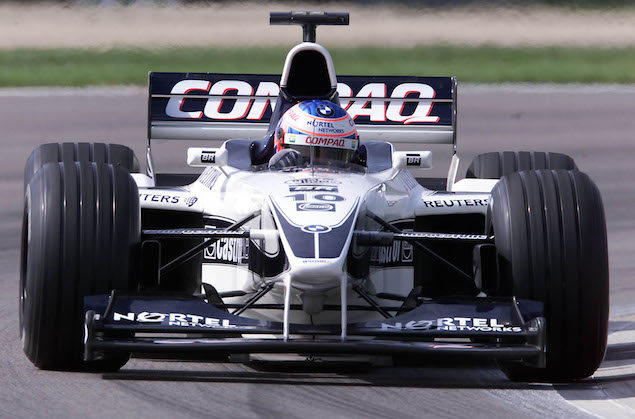 Button impressed Frank Williams to earn a drive in 2000 and duly went on to become the youngest point-scorer in F1 at the time with 6th place in the Brazilian Grand Prix, only his second race. He scored 12 points in total and finished eighth in the drivers' championship.