As we head into another NASCAR-type round of back-to-back weekends of Formula One grands prix, I wanted to send you all a few words about my last two races, which also took place on consecutive weekends.

Having 15 days in between races is already a pretty tight schedule, so you can imagine that a seven-day gap requires an additional effort for the team, as they needed to travel over 3000 miles to get from Kuala Lumpur to Suzuka, while also preparing the cars for two circuits so different in their layout and characteristics. That already is a challenge of its own.

In Malaysia, I was suffering on the long straights, while I was struggling in the long corners in Japan. I was not unhappy though: the car is giving signs of a better all-around behaviour, due to the hard work that from all the guys in Hinwill and at the track. And it’s only down to certain small details that we have not scored points yet.

The procedures are here and both Marcus and I still believe that over the remaining events, we will have opportunities, together with Sauber, to make our way to the top 10, as we did in 2015.

Racing in Formula One is a lot like playing chess, where the basic knowledge is common: 64 squares arranged in an eight-by-eight grid; 16 pieces: one king, one queen, two rooks, two knights, two bishops, and eight pawns, with each of the six types of piece moving differently.

The strategy to move them to victory includes a combination of mathematics, psychology, intelligence, dedication, first-player advantage, attack and defence. There are differences depending on whether you are playing with the whites (what opening move do you fancy?) or with the blacks.

But Formula One has even more alternatives and bears more similarities to one of those exhibitions where a chess master plays multiple games at the same time with a number of other players. It’s only possible with a 24/7 commitment and enthusiasm that we drivers (and chess players of course) have since the moment we chose to become professionals when we were only children.

Let's see what Texas has on offer for us and how the altitude of Mexico City will mix things up before we head ‘home’ for the Brazilian Grand Prix. 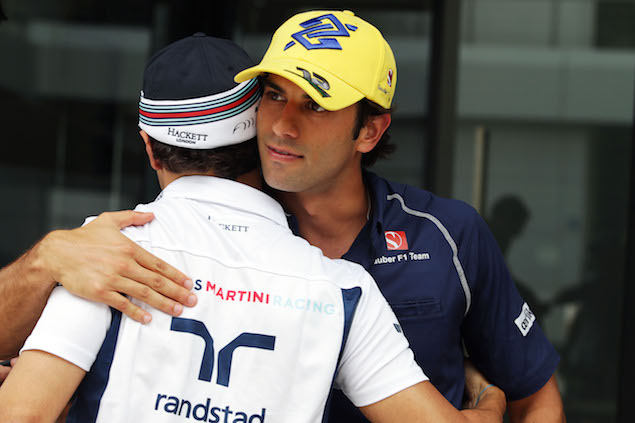 Where and why Williams has been caught out

Turbulent Jet Ignition: In the antechamber of F1 power