Williams chief technical officer Pat Symonds explains how his team has slipped behind Force India this season, and why he - and key personnel at every other team - faces a nervy winter 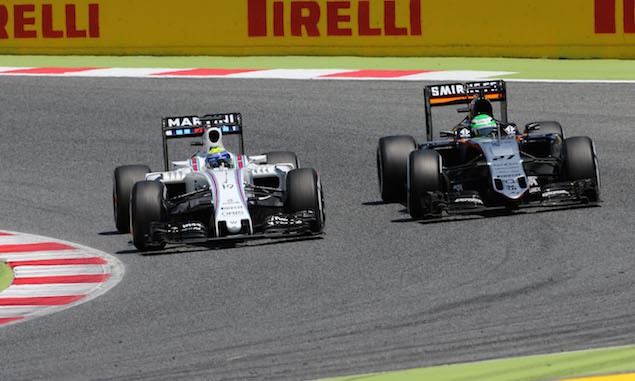 While the fight for the drivers’ championship grabs the majority of headlines, there’s an ongoing close battle further down the grid which is also getting plenty of attention. Fourth place in the constructors’ championship is not the most glamorous prize, but it’s the focus for both Williams and Force India over the next four races.

For Williams, winning that battle would still represent a drop of one position based on the past two seasons but would be an impressive achievement based on recent form. Following the Spanish Grand Prix, Williams had 65 points, while Force India had picked up just 14 points from the opening five races. Since then, Force India has scored 120 points, while the Grove-based team has only added 59 to its tally.

It’s a turnaround which was unexpected, even to those with vast F1 experience. Williams chief technical officer Pat Symonds sat down with F1i to explain what has gone wrong, and traces the swing in momentum back to last winter.

“If I’m completely honest last year I said to the board that I believed we would be fourth in the championship, so finishing third last year was quite a surprise to me,” Symonds says. “I think this year I still felt fourth was the position that we would be.

“I didn’t expect the fight from Force India that we got, I’ll be honest, but I don’t think we actually improved our car enough over the winter. Of course this year we haven’t put as much development on it as normal but I suspect that’s true of others as well. But perhaps the one that’s caught us is Force India and their major upgrade that they did - irrespective of their little ones - was pretty damn impressive. I was surprised by that.

“So we made the decision to switch to the 2017 car quite early but I don’t think that’s really reflected in our position now. I think that’s much more the fact that Force India did a very good upgrade and we didn’t do a good enough job over the winter. I think they’re the two things combined to put us where we are now.”