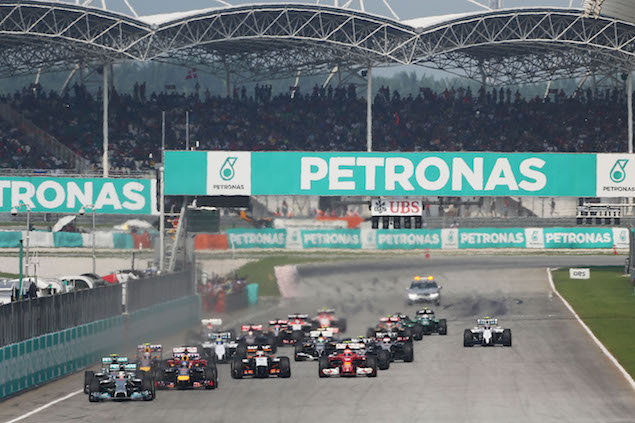 There’s a sense of deja vu heading in to the second round of the season. The Malaysian Grand Prix will take place off the back of a dominant Mercedes victory in Australia and with controversy surrounding Red Bull. McLaren and Sauber, meanwhile, appear to have switched roles, with the former comfortably off the pace and the latter maximising its car at the opening race. However, the main focus is on Fernando Alonso as he is set to return to action for the first time since his crash in pre-season testing. Whether he’s looking forward to it or not is another matter…

We’ve only got one race to go on, but a lot of the pre-season expectations were confirmed in Melbourne. Mercedes has an even bigger advantage than at the end of 2014, while Williams remains competitive but Ferrari has made a big step forward with the SF15-T and more specifically its power unit. Sebastian Vettel is already confident in the car and opened his Ferrari account with a podium on debut, so could well be Mercedes’ nearest challenger again.

Sauber confirmed the improvement in the Ferrari power unit with fifth place in Australia courtesy of Felipe Nasr and should be strong again on the long straights of Sepang, while focus at the back of the grid will be on how much progress McLaren can make on a race-by-race basis and if Manor can even qualify having failed to run at Albert Park. 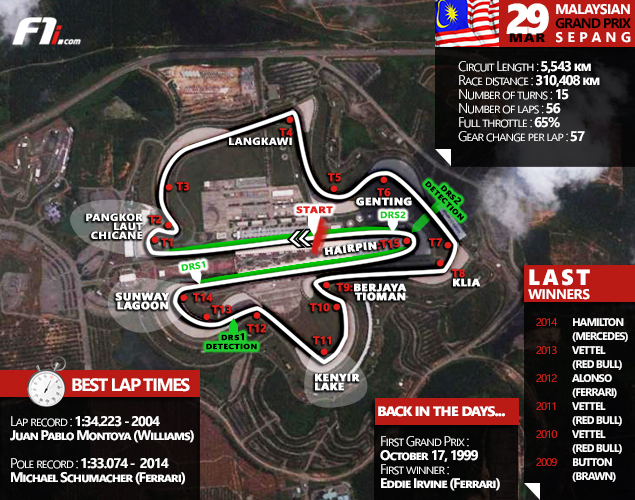 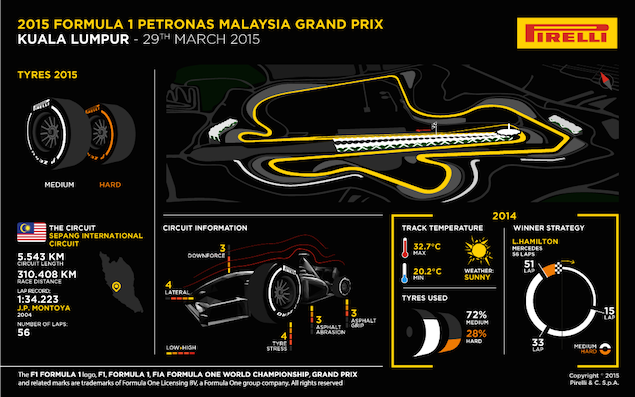 Weather in Malaysia can be rather predictable at this time of year, and as on most visits since 1999 there will be a threat of rain for the majority of the race weekend. Conditions will be very hot and humid, making it a challenge for the drivers and the teams in terms of cooling, but the biggest test will come if one of the forecast afternoon thunderstorms hits, with both qualifying and the race at risk of seeing rain. 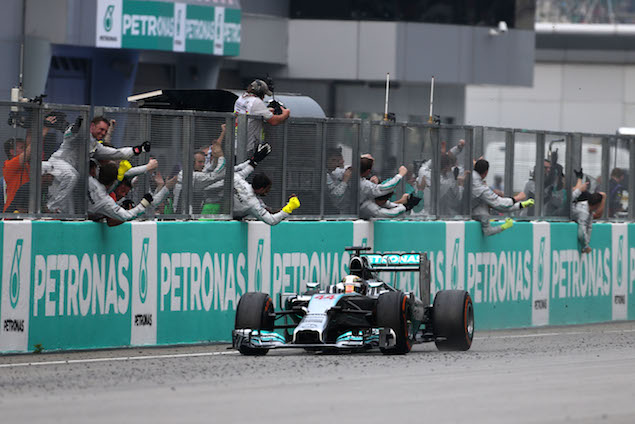