You can run but you can’t hide: Eric Silbermann tracks down interesting people and forces them to have breakfast with him. This week: Stefan Johansson. 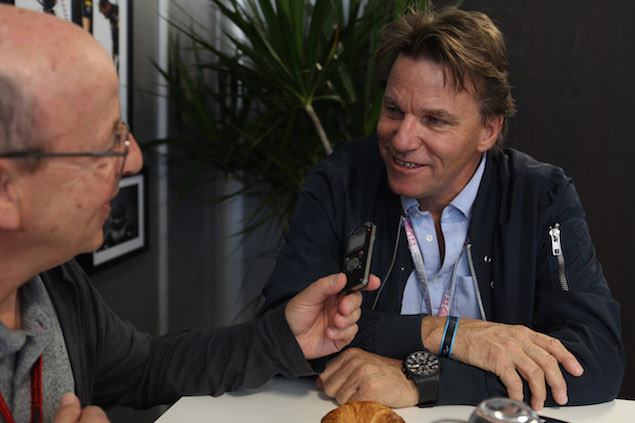 Sweden’s Stefan Johansson, or “Steve Johnson” as we called him, spent over a decade racing in Formula 1 with Shadow, Spirit, Tyrrell, Toleman, Ferrari, McLaren, Ligier, Onyx, AGS and Footwork. He made it to the podium twelve times. He won Le Mans in 1997 and raced in CART and the Masters Series.

The big secret about you is 30 years ago you stopped looking any older.

You’ve come a long way since living in the back of a Volvo in Ian Phillips and Christ Witty’s (motor sport journalists back in the day) garden.

I took over the sofa from Danny Sullivan (actually here in Mexico as an FIA Steward.)

What were you in then?

You’d come over to the UK from Sweden with virtually nothing.

Literally, the first couple of years I slept most of the time in my car because I couldn’t afford to live anywhere. It was the usual thing back then. I wasn’t the only one. Not by the time I got to F1 but certainly in the early days, in the F3 days, it was part-time sometimes. Chris and Ian were great back then. They were super helpful.

When you look at the antagonism these days between sports people, athletes, team personnel and the media, it’s hard to think back to the days when we were all mates.

Exactly. It’s so different. Do you remember the pub we all used to go to?

Everybody. Max (Mosley) showed up sometimes and Bernie (Ecclestone) occasionally, all the drivers, all the journalists. Everybody was just kind of hanging out together and having a good time. Thursday night in the pub or whatever it was. 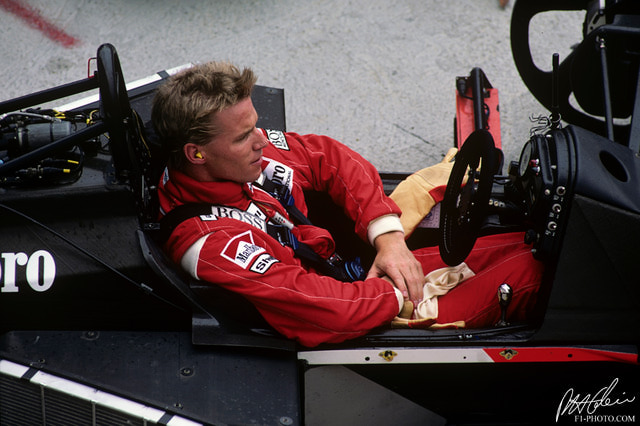 Old people always have this tendency to say “it was better in the old days.” But it really was, wasn’t it?

I think a lot of things were, not just in our little motor sport that bubble we lived in. In general terms, I think the world was quite different back then in so many different ways.

Let’s give you a free plug. You’ve got your own watch brand now.

Stefan Johansson Växjö, which is the name of my little town in Sweden. It’s a bit of tongue-in-cheek, instead of Geneva, London, Paris, because nobody has a clue what Växjö is.

Who are the watches aimed at?

Most of what I do is custom stuff, very special pieces, one-offs or series of 100. Mostly custom orders. I kind of found my own niche doing that. Trying to market it and trying to compete with the Tag Heuers of this world, it’s too difficult. I realised after I shut down my IndyCar team that having hundreds of people employed is not a lot of fun. It ends up taking over your life. I enjoy the process, the design and doing all the creative stuff and this allows me to do that and still earn reasonable money out of it without having to deal with the nonsense of running a big business.

You used the word ‘creative’ there. Probably not a lot of people know you had an exhibition of paintings in Tokyo.

I’m actually now very serious about the painting. That’s what I spend half my life doing now. I’ve got a studio. I’m very, very into it now.

How long has that been going on?

It’s something I’ve been wanting to do my whole life in fact but racing always pulled me away from it.

When [Elio] died, something just prompted me to go and get a canvas and some brushes and some paint and I did this god-awful painting that I hope is buried somewhere very deep where no-one can ever find it

Were you painting even when you were racing?

Yeah, a little bit. It’s funny how it all started. I’ve had the interest and I’ve had it in me all my life I think but what really triggered it... Elio (de Angelis, killed testing a Brabham at Le Castellet in 1986) and I were really good friends. When he died, something just prompted me to go and get a canvas and some brushes and some paint and I did this god-awful painting that I hope is buried somewhere very deep where no-one can ever find it. It was the first time someone really close to me, a colleague... I was there trying to get him out of the car. It was a hard time. It was me, Alan Jones and Jacques Lafitte who were trying to pull him out of the car.

That stays with you a long time, I imagine.

Yeah, it does. I don’t think it ever goes away but like you do in racing, you push all that down in a deep dark pocket somewhere within you and you don’t go there. Anyway, that’s what I did and that kind of got me started. This was ‘86, I guess. I started dabbling with it then and I got somewhat serious about it then. Then I stopped completely for many, many years.

What type of painting?

Very figurative. The show I’m planning on doing, I’m doing about 20 portraits, very large. 6 feet by 5 feet. The show’s going to be called “Friends, Heroes and Wankers.” Every painting has a quote that really gives the meaning to the painting. With the Stirling Moss painting, he talks about life in general. "It may sound very simple. My Utopian dream is to have a house in the country, family, couple of kids, go on vacation a couple of times a year... But most importantly, to be able to accept that life is happiness." That’s the crux of the matter. That, for me, that’s the mind of a racing driver. For me, it hit me like a ton of bricks. 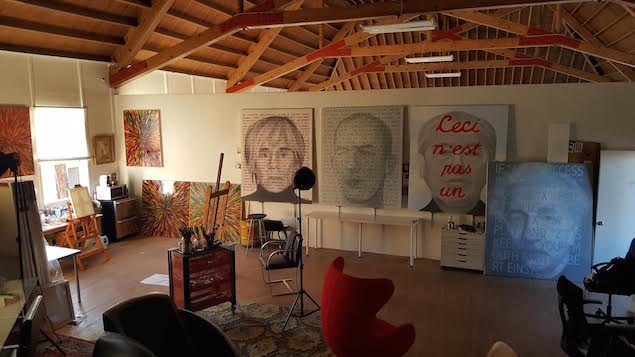 Do what you like and be happy in what you’re doing.

Well, you can’t. That’s the problem. If you’re a racing driver, it’s just not enough. You constantly want the intensity and all that stuff. I do, anyway. I can 100% relate to that and I’m sure most guys up and down the pit lane can whether they say yes or no. This exhibition sums it up 100%.

Looking back, were you happy with your career as a racing driver?

You didn’t win the world championship.

Exactly. You have to have a big ego to be successful in whatever you do in life, I think at least in racing and F1 in particular. We’re all proud, so of course I’m not happy. I never won a race and I didn’t win the World Championship, which is what I wanted to do, just like everybody else. Now I understand much better why because I think on the day, I could have got the job done as well as anyone but I just didn’t fight my corner enough when I had the opportunities. It was because of all the politics. I was too nice to get that last little bit out of everybody.