Catch up with what all the teams had to say following the 19th race of the 2016 season, the Mexican Grand Prix at the Autódromo Hermanos Rodríguez. 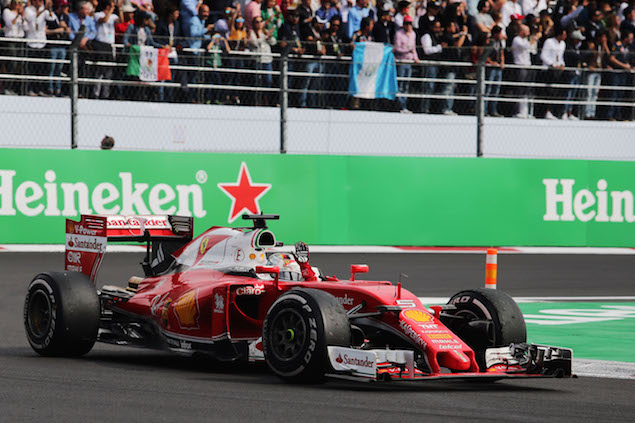 Sebastian Vettel
“Today I think we did everything right, we had a very good pace. I think we could have even done better with a better position in Qualifying, but we can’t change yesterday. We were very positive going into the day today, we knew that the speed was there, so we had good confidence for the race. We made the tires last longer than anybody else. We were quicker, so we put Verstappen under pressure: for sure it was not easy to pass, but he did a mistake, cut the track and didn’t give the position back even if he was told to do so. About the fight with Daniel: I respect him a lot, it is never ideal when you touch. On my defense, I was fighting hard, and trying to give him some space, which I think I did.”

Kimi Raikkonen
“My start was not too bad and we were running quite ok. After the first pit stop, though, I struggled to get any good grip with the Mediums, so we thought maybe we should try and see if we could go back on track with a new set of the same tires: but to be honest I had no better grip at the rear. It was the first time I was running with these tires, maybe it’s just how the tire is. Afterwards it’s easy to say that probably it was not the right thing to do, but I’m happy that we tried. It was not easy to pass Hulkenberg, it’s difficult when you get close and you have no grip. I don’t know if we touched, I just saw him spin.”

Maurizio Arrivabene, team principal
“Today could have felt special: we fully deserved this podium, which was taken away by bureaucracy. The whole team had showed great stamina by staying united and focused in a difficult moment. Our strategy had made it possible to make good progress through the race and both drivers did a very good job. Unfortunately, we were penalized by Stewards’ unappealable decision which, in my opinion, is too harsh and somehow unfair.”