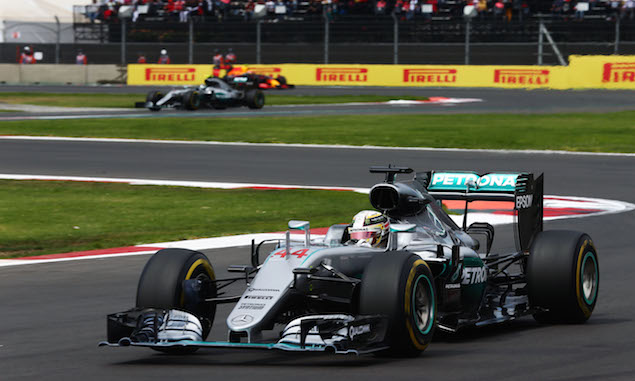 For the second race in a row, Hamilton delivered, and this time it was even more convincing. Always appeared to have pace in hand over Rosberg and never looked under threat once clear in the lead. His pole position lap was good, his first corner wasn't - locking up and cutting Turn 2 which at least should have been investigated - but from then on Hamilton was comfortable. Dealt with the flat spot from his lock up to be quicker than Rosberg even with big vibrations, and he was able to nurse his engine as he cruised to a victory which told his team-mate the title race is far from over.