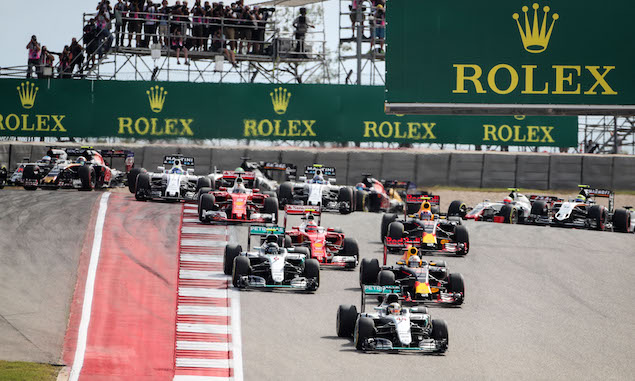 I read your blog. You’re not exactly madly keen on the current F1 cars, the rules, the aero. What is your view of current Formula 1 as it stands at the moment?

I don’t know if anyone is entirely happy with it at the moment, certainly not from a driver’s perspective. They’ve taken away the skill element, the arsenal a driver had to have to be good and quick. The more electronic aids you have, you eliminate more and more of the opportunities to make a mistake. That was often what made the difference, especially in terms of race craft. It’s one thing to drive a car quick, it’s a whole other matter to race well. I would say more than 50% of that is gone now. It’s almost impossible to make a mistake now. You can’t miss a gear.

The only thing you really see a driver do today is lock up and miss the line by 6 feet and that’s about the extent of it. If you go off, you don’t really get punished because you just go over the kerb and into the blue asphalt and then you carry on again. You may lose a tenth or two. Sometimes you even go quicker if you do it. I think I miss a lot of those elements, because it singles out the good ones from the bad or the mediocre from the good ones, let’s say from that point of view. In general, aero to me is just the worst thing they ever invented. It really is because it doesn’t do anything except make a race car go faster.

If you paint every car white in pit lane, no-one would tell the difference. It’s an astronomical cost. Next year it’s going to get even worse, a lot worse. They’re already nearly in the corner when they hit the brakes, so God knows what’s going to happen next year. They’ll have to redesign every track. I’m a huge advocate for much higher straight-line speed, much less aero, minimum speed mid corner much lower, much higher top speed because that’s going to give you a longer braking distance.

And that would produce more overtaking

Normally, in a traditional sense, you size up the driver in front and it’s kind of like a game of chess. You work him over a period of time to see the weaknesses and the strengths and then you pick your corner, you get everything absolutely bang on perfect when you get on the throttle. You manage to get an exit maybe three miles an hour quicker and that’s enough to keep the trajectory until you get into the next braking area. Now it’s too easy, so as soon as you get into the corner, the challenge is gone almost.

What was the best car you ever drove? One you won Le Mans with? 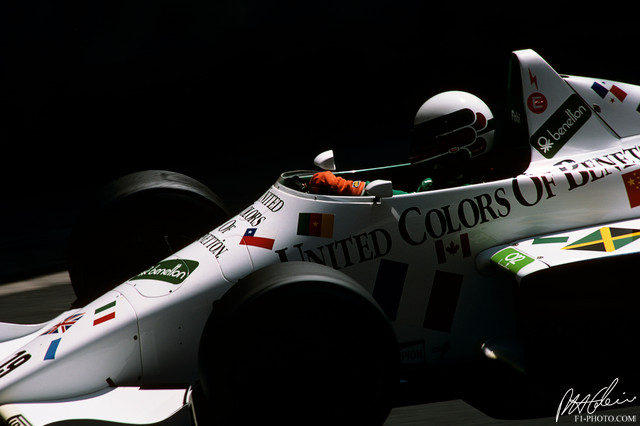 Remind me why you didn’t race it.

Toleman didn’t have any tyres at the beginning of the year with Pirelli. Then the offer came from Ferrari and they released me and I went to Ferrari. I had a two-year contract with Toleman for 85 and 86. That was a great car. I did all the testing in Rio with it. The car was fantastic, super nice to drive.

I know you manage Scott Dixon and Felix Rosenqvist who is now racing in Formula E. You went to the opening round in Hong Kong. What do you think of it?

I was very negative towards it but I have to say, after having been in Hong Kong I’ve changed my mind. I thought it was not a bad show. The cars look good on the track because the track is small. The drivers clearly have to work hard. They’re not easy cars to drive so you can tell that the drivers are really working hard to get speed out of them.