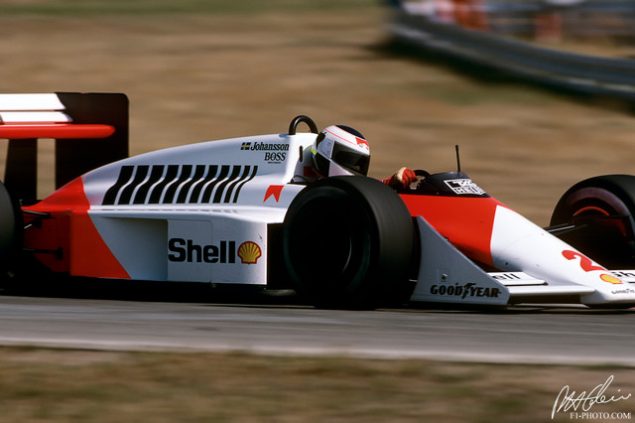 If Vincent Van Gogh was doing interviews facing the media, inevitably he’d be bored with this one question about tell us what it was like painting Starry Night. I reckon for Stefan Johansson, the most boring question is “tell us about hitting that deer”.

It’s funny, I spoke to someone else about it just a few minutes ago.

For people who don’t know, it was in Austria and you were in the...

McLaren, in ‘87, free practice. Basically, of all the shunts I’ve had, it’s probably the one that gave me the shits more than any, because you come over that brow – back then, we were already doing 350 clicks coming over that brow so the signal didn’t even go from the brain to the foot. It was just instant. Thank God it hit on the left because I didn’t even have time to swerve. It was just stood there right in the middle of the road. It hit the left front suspension. If it had hit in the middle, it would have taken my head off instantly, I’m sure. Literally it was four gaping holes in the tub. Just ripped everything right out of the tub, the whole pick-up points, everything. Then it took the side pod and the rear suspension and everything off as well.

Back then, it was a really, really long run-off area but wet grass. Those shunts are the worst because you have time to think. It’s much better when it goes bop-bop-bang and you hit something right away, it’s fine. Whatever happens happens. But in this case I had time to think, “This is going to hurt. Oh, shit.” You’re spinning and you throw the steering wheel out. You’re just waiting for it to hit. Thank God it turned right at the very end so it went in backwards because had it hit front first, I think it would have destroyed the car. It was a monster. I broke two ribs. I did the race the next day but I was in so much pain. 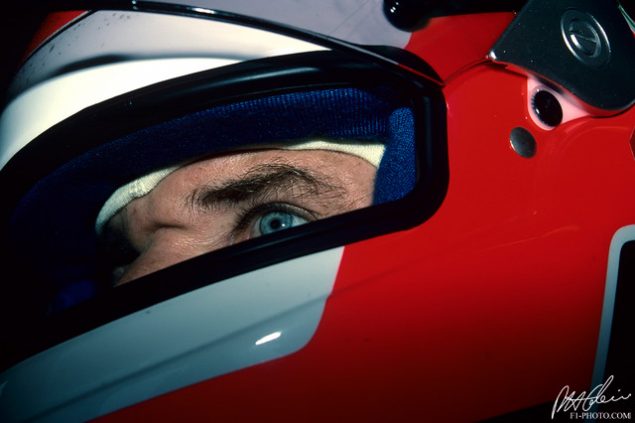 That was the race that had how many starts? I was team manager then for Larrousse Calmels with Philippe Alliot driving.

I think I hit Philippe or he hit me in one of the starts. Ron (Dennis) was holding the paddle for the pit stop. He whipped the paddle away, the guy’s still there with the gun so I take off, the wheel gun’s still stuck in the right rear. I go all the way down the pit. The air tube was that thin. Then eventually it released and came back through the pits again. It was a miracle it didn’t kill anyone on the way back. Then the wheel came off so I three-wheeled it back to the pits again. It was a nightmare weekend. Everything that could go wrong went wrong.

Didn’t you pull half the pit gantry down somewhere else?

Montreal. I saw a picture the other day.

It’s a specialty of yours.

Classic! That was funnier than shit. I came back out on track and I’m motoring away and it’s Prost and Senna who were fighting for the lead were coming up behind me and I’m like “I’m doing alright here. They’re not…”

They didn’t want to go anywhere near you!

I didn’t see the air hose that was flapping behind the car with half the gantry. They didn’t know which way to go. There were flags everywhere. Charlie (Whiting) wasn’t very happy about that. We got called up to the tower and got a major bollocking.

Shortly after our chat, I was kicking myself for forgetting to ask Stefan about a story that epitomises his sense of humour, so I’ll just tell you myself. He was at some sort of sponsor function with a load of rich VIP guests, including one who had recently bought himself an old Ferrari F1 car. He buttonholed Stefan and explained he found it difficult to start his new toy. How did Stefan fire up his race car? Without saying a word, Stefan looked at the man, raised his left hand and made a circular motion, in the time-honoured fashion used by drivers in the good old days to tell the mechanics to press the button on the starter gun… and then walked off.