In his latest column for F1i, Romain Grosjean says Haas needs to be getting on top of its problems more quickly as it nears the end of its debut season 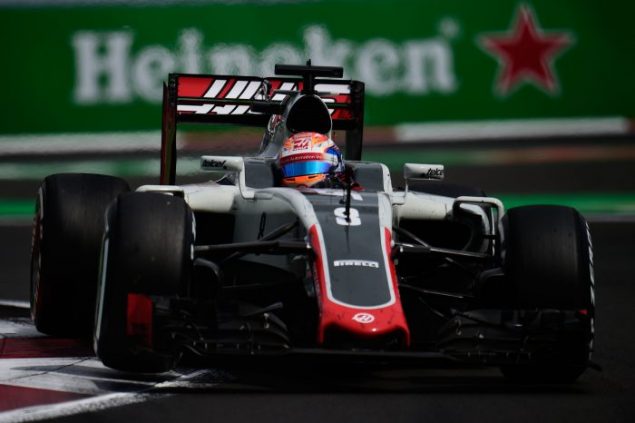 Looking back, the US Grand Prix in Austin was a pretty special weekend. We had a busy week ahead of the race itself, with a visit to Charlotte for some cool media activities such as visiting the NASCAR Hall of Fame and of course, the Haas F1 Team HQ in Kannapolis and Stewart Haas Racing.

Austin was fantastic as always. People at the airport were coming up to us saying hi and there were fans outside of our team hotel who wanted to show their support. We would be walking on 6th Street and people were wishing us all the best for our first race on home soil.

For me, the race marked my 100th Grand Prix as I’ve mentioned before. It worked out pretty well in the end. We didn’t get to enjoy cake as a team but we did have a nice family picture taken with all the crew on the Sunday morning and we marked the occasion there with the usual pit board signage.

In the race itself, it was definitely one of those afternoons where I used all my experience from the previous 99 Grand Prix to full effect. I started 17th but successfully brought the car home in the points with a tenth place finish. After a very difficult qualifying session, a lot of people were happy with the race result, especially the fans.

I was delighted to then be able to gift Gene Haas the special one-off race helmet I had designed for COTA. I came up with the idea and design earlier in the year, knowing I was allowed a one-off design over my usual helmet livery. I had a Haas Automation machine incorporated onto the back of the helmet, and of course, I had the stars and stripes theme running on the top. 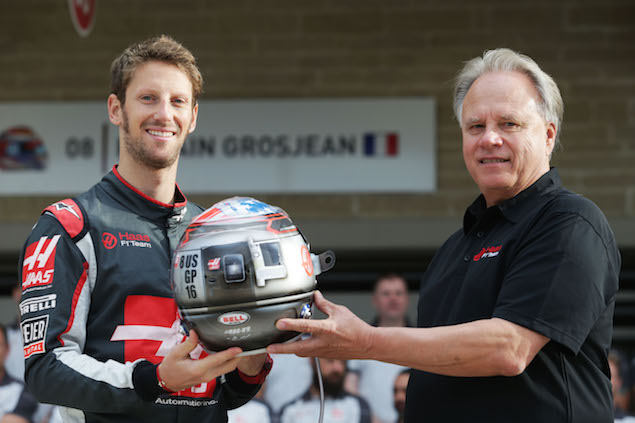 I really wanted to be able to thank Gene for everything he’s done for us, he’s our leader on this project, and I’m very grateful to be a part of this wonderful adventure. It made for a great souvenir of our first season together.

Naturally I was really hoping my race wouldn’t end in turn one, for example, as the helmet would never have had the same value. I only wore it for the race, and happily it was presented in full race-worn condition with all the dirt and so on from our efforts that day, it was great.

I then stayed in Austin for a few more days before traveling down to Mexico. I really enjoy the atmosphere there in Texas and was keen to soak it up a little more while keeping up with the likes of my fitness regime, even trying surfing on a lake for a bit of variety in our programme.

Our weekend in Mexico at least started pretty well. After FP1 I was happy with the car but from there it just went downhill to be honest. As a driver, I look at it and analyze what I could have done better over the weekend, what things we could have changed.

Yes, we’re still a new team, but by Mexico we were also armed with 18 races of experience. We shouldn’t be that slow to respond when things are not going well on-track. 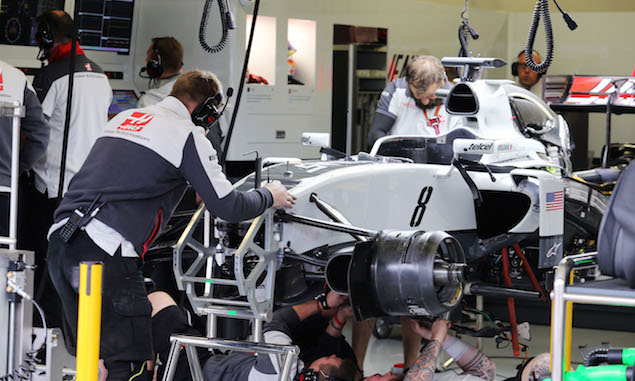 We may lack years of experience or previous data to be able to solve some of these things quicker but we can all improve now to be able to respond to these situations a lot faster, and I very much include myself in that statement.

Trying to find positives from the overall weekend, sometimes it’s good to have a low moment. You’re forced to bounce back and you have to keep working harder. Now is the time to find the answers and work to ensure we don’t repeat them again. It’s natural that when you make a mistake, you don’t want to make it a second time.

There was certainly no comfort from my side that our issues were at least uniform across both cars in the garage. I’d much rather have it that at least one car is performing so the other car can gauge what the issues are and work on them.

Long story short, there’s been a lot of work done internally since Mexico and we’ll keep pushing to improve across the board.

I’m looking forward to racing in Brazil again. The atmosphere there is a special one, the fans are awesome and the track at Interlagos has a lot of history, much of it tied to Ayrton Senna. Each time we go you still see how popular he is with fans there, despite it being more than 20 years since he left us, it’s an amazing legacy.

You know you’re in South America thanks to the passion of the fans, in particular with the noise they make and the joy they show you welcoming you to the country. The race itself is really one big party. It helps from our side that it’s a great track too.

I’m hoping we’ll have found some answers to our issues in Mexico and produce a better showing this weekend. It’s always difficult to know how things will play out but at least we know it can’t get any worse than what we had last time out. There are only positives to come moving forward and that’s a good thing.