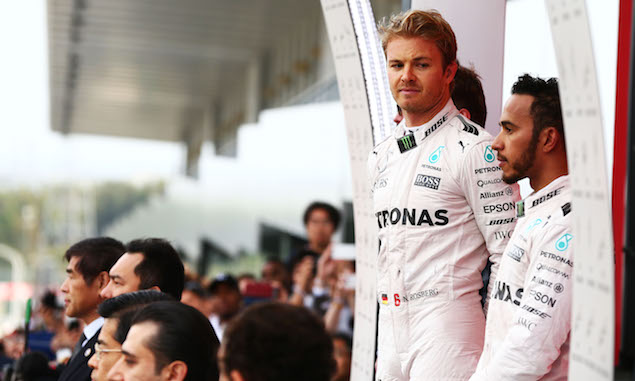 Nico Rosberg can become 2016 F1 drivers’ champion this weekend in Brazil, with the German able to wrap up the championship with victory at Interlagos.

While he knows he will win the title if he is first on Sunday, it is easier to look at the other permutations from the view of where team-mate Lewis Hamilton will finish, as shown in the table below.

As Rosberg holds a 19-point advantage, he needs to finish at least sixth to have any chance of winning the title in Brazil. While seventh place is worth six points, if Hamilton failed to score in Brazil but won in Abu Dhabi (and Rosberg failed to score) it would leave the pair tied on wins and second places but would see Hamilton win the championship by virtue of having more third places. Complex!

Technical: Under the skin of the Ferrari SF16-H