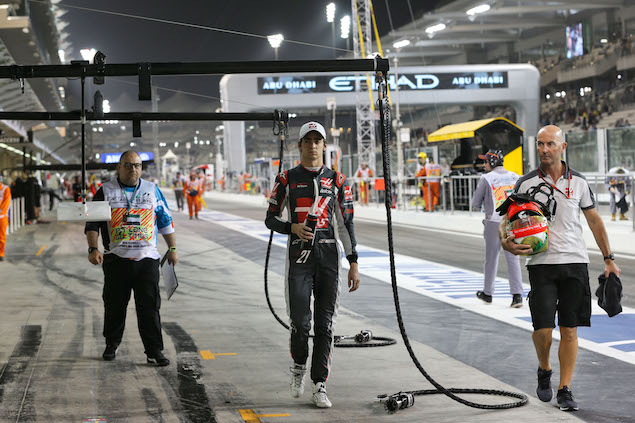 Romain Grosjean
“Not the easiest Friday we’ve ever had. We had some issues this morning with that spin, and some mapping issues and the braking. We did well and worked hard to sort that out for FP2. Then, unfortunately, in FP2 we had the issue with the water leak which meant we couldn’t do our long run. I’ve been struggling to get the tires to work. We initially had a good run in the day, but then after that we struggled a bit more. That’s going to be the main concern for our work tonight. We know that FP3 tomorrow won’t be representative of the rest of the weekend. Hopefully, we make the right guess for qualifying and the race.”

Esteban Gutierrez
“I think we maximized our track abilities today. We managed to complete the whole program, which was important for us to get a good feeling for the car, especially with the temperatures being very different between practice one and practice two. It’s important to understand how that affects our car. We have plenty of data to look at. We’ll work tonight to understand everything and make the right choices for tomorrow.”

Guenther Steiner, team principal
“FP1 and FP2 both started well. Everything seemed to go to plan. Then in the second half of FP2 on Romain’s car, we had a water leak, forcing us to stop running with him. We went through our testing, but we still have to learn about the ultrasoft tires here. I think we made progress. We’re not where we want to be yet, but we have one more session tomorrow and then we’ll see.”