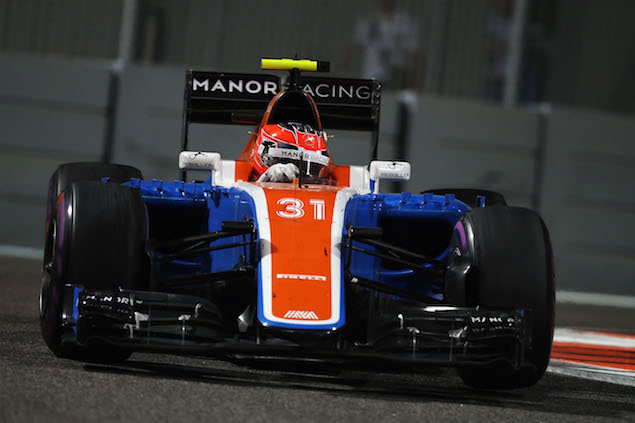 Esteban Ocon
“It was a positive day for me, even though a short one. We captured some good data from Jordan during FP1 and that was useful information for me to take on board for FP2. The car has good pace here and it’s feeling nice to drive on this track.

“I do know the track very well and I’m sure that has contributed to getting up to speed in a short space of time. Some tracks you just get to grips with quite quickly and suit your style – this is one of them. I really enjoy it, so bring on the rest of the weekend.”

Pascal Wehrlein
“Pretty good Friday in terms of what we learned and we tried all the things we wanted to try. A slight disappointment in FP2, as the changes we made between sessions didn’t work. Most important is what we learned from the car and the pace was quite good today in general.

“I really enjoy this circuit but it’s certainly a very challenging one. There are too many corners for our car. But I love racing under the lights and the switch from day into night. It’s going to be a great place for the season finale.”

Jordan King
“Well, first of all it’s great to be back in the MRT05 for a second time, so thanks to the team for having me back. My programme was quite different to Austin, specifically helping to address some of the problems that Esteban has been experiencing with the car over the past couple of race weekends. It’s the best feeling to drive a Formula 1 car anyway, but even more so when you know that what you’re working on will have a direct impact on the progress the team can make over the race weekend. I learned a lot myself and so did the engineering team. So, I guess today feels even more rewarding, but with no less of a wow factor than Austin. Now I switch back into full GP2 mode for the rest of the weekend but with an even bigger spring in my step than usual after this morning.”

Dave Ryan, Racing Director
“Quite a bit going on today, with Jordan running in FP1 in place of Esteban and then both race drivers back in the car for this afternoon. But all of it was really positive and apart from a few little things we need to work on – normal for a Friday – it feels like we’re in good shape for the season finale, which is how we wanted it to be coming into the weekend.

“Jordan did a really solid job in FP1, as we’ve come to expect of him. It was a step on from the programme he had in Austin, by a combination of both design and necessity. This was a planned session for him, so his run plan reflected work we needed to do to address some issues we’ve had with Esteban’s car and at the same time it provided a useful step up in Jordan’s own progression.

“This afternoon Esteban slotted back in very readily and was up to speed in no time at all, aided I’m sure by his prior experience of the circuit. Pascal too had a very positive opening day and with all three drivers we could see that our pace here is good and the car seems to be performing well at this stage. A promising start, but we’ll keep pushing for more for qualifying and the race.”