Ahead of his final race for McLaren-Honda before taking a break from racing, F1i looks back at Jenson Button's 15 wins across his 17 years in the sport 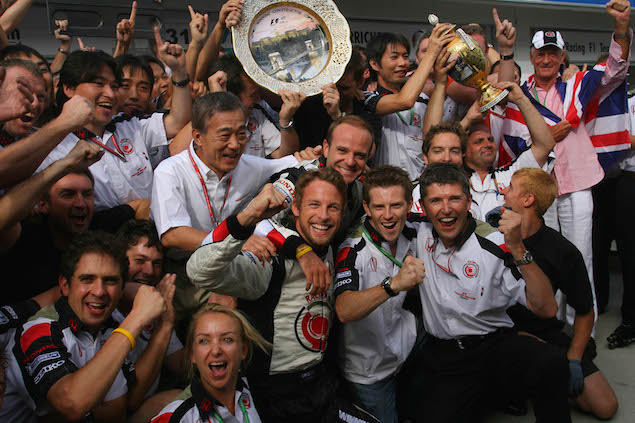 It was a long time coming, 113 races in fact, but Jenson Button finally became a grand prix winner in his seventh season in the sport. Racing for Honda, Button took a sensational victory at the Hungaroring, despite starting from 14th on a track that is notoriously difficult to overtake on.

The lowly grid position was due to an engine penalty - he had originally qualified fourth - and wet conditions at the start of the race saw Button rapidly climb through the field. A good call under the safety car promoted him to second place, and after Fernando Alonso pitted for the final time, Button was leading but with another stop to make. Alonso's challenge ended as his right rear wheel nut worked loose and he crashed at Turn 3, leaving Button to go on to secure a remarkable and very popular win.