Formula One's 2017 rules revolution might put the emphasis back on aerodynamics, but radical bodywork and tyre changes will also have an impact on the 1.6-litre V6 turbocharged power units introduced in 2014. Nicolas Carpentiers tells us why in the first chapter of his technical preview. 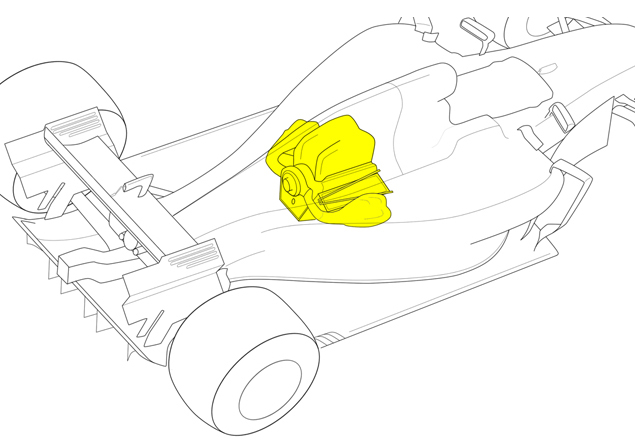 In order to make Formula 1 more spectacular and exciting, teams have asked for the introduction of faster and more aggressive-looking cars in 2017. The floor and diffuser have been increased, while the front and rear wings will be bigger too. But that does not mean the power unit will step down to playing second fiddle, far from it.

Indeed, the engines will need to deliver more power to propel cars generating some 20% extra downforce, as well as more drag due to their wider tyres, all the while abiding by the fuel flow restrictions implemented three years ago.

Motorsport engineers tend to see a corner as a portion of the track where the driver lifts and steers the car. However, with the increase in downforce, F1 drivers are expected to keep their foot on the gas through curves… that will therefore lose some of their essence.

“Because the tyres are bigger, because the level of downforce is greater, the car goes full throttle longer,” Mercedes engine boss Andy Cowell told F1i. “So, some of the existing corners will now be straights, because the grip of the car is so large.

“The driver will spend more time with his right foot flat, which means it is a greater period of time that the engine is at full power. That puts a greater durability challenge on the engine. So our challenge for 2017 is to continue improving our performance, but increase our durability considerably.”

Andy Cowell: “Some of the existing corners will now be straights, because the grip of the car is so large. The driver will spend more time with his right foot flat, which means it is a greater period of time that the engine is at full power. That puts a greater durability challenge on the engine”

THE CARDINAL ELEMENT OF RELIABILITY

Engine unreliability could increase in 2017, as the power units come under greater duress. For instance, full throttle around a lap of Circuit de Barcelona-Catalunya will grow from 50% in 2016 to 70% this year. Compounding the suppliers’ task is the reduction of the engine allocation, with each driver granted only four power units for the whole season, down from five in 2016, and this despite a calendar of similar length (20 races instead of 21 last year).

Reliability will be all the more important that the FIA has moved to close a loophole in the sporting regulations and prevent teams from accumulating penalties at the same grand prix weekend in a bid to minimise the impact of taking new components. One will remember that this was how Mercedes proceeded on Lewis Hamilton’s W07 in Spa last year.

Article 23.3.e of the 2017 sporting regulations now reads: “During any single Event, if a driver introduces more than one of the same power unit element which is subject to penalties, only the last element fitted may be used at subsequent Events without further penalty.”

Besides delivering power over longer periods of time, F1 engines will also have to propel cars that have gained 20kg over the winter (from 702 to 722kg). Even if the fuel limit was raised from 100 to 105kg, in order to offset the increase in drag on a straight line, teams will continue to watch fuel consumption very closely.

There lies one of the paradoxes of these new regulations: although drivers will be at the wheel of faster cars, they will still have to lift and save fuel. In a way, the mandated restrictions prevent the revamping from delivering its maximum performance potential. Teams and drivers have been used to racing within fuel limits over the past three years, but the taller and wider diffuser along with better grip from Pirelli’s 2017-spec tyres is bound to make engine management trickier. 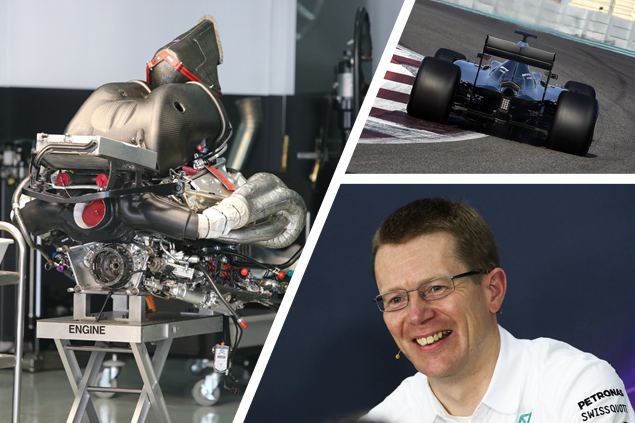