The upcoming Formula 1 campaign will see the introduction of new tyres from Pirelli as part of 2017’s revamped rules. Featuring a wider thread while offering lower degradation, they should not only boost performance but also make drivers adjust their style at the wheel. But will the racing actually get better? Nicolas Carpentiers brings some answers in the third chapter of his 2017 F1 technical preview. 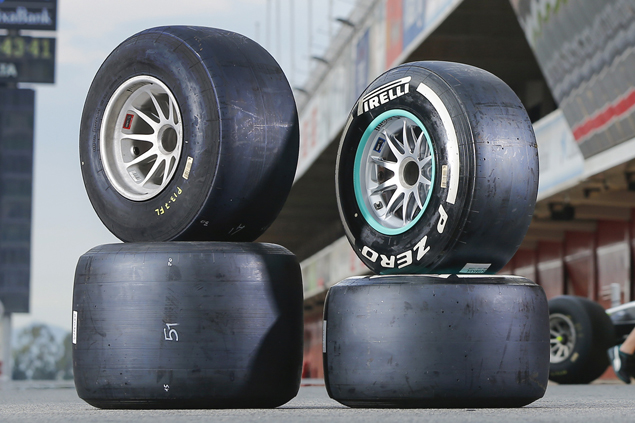 What can we expect on the tyre front from the 2017 Formula 1 season? Despite extensive testing last year, the ultimate impact of Pirelli’s new range remains fairly unknown. In order to offer more grip, dimensions have increased from 245mm to 305mm at the front and from 325mm to 405mm at the rear.

Although the 2017-spec tyres are around 25% wider, their diameter remains almost the same (with a small uptick from 660mm to 670mm) while the rim’s diameter does not change. To comply with the F1 Strategic Group’s target letter, which Pirelli requested so it could design its new products, the tyres will produce low degradation and overheat less, especially when a car is closely following another. Tyre degradation will remain proportional to performance though, with harder compounds showing more durability than softer ones.

WORKING IN THE DARK

Pirelli has been tasked with the sizeable challenge of coming up with different tyres for a new breed of F1 machinery that only existed on paper at first. To that end, the Italian brand conducted 24 days of testing last year and could rely on Mercedes, Red Bull, and Ferrari supplying mule cars that simulated 2017 downforce levels. It appeared however that these modified chassis only generated an extra 10% downforce when a 20-25% increase is expected. 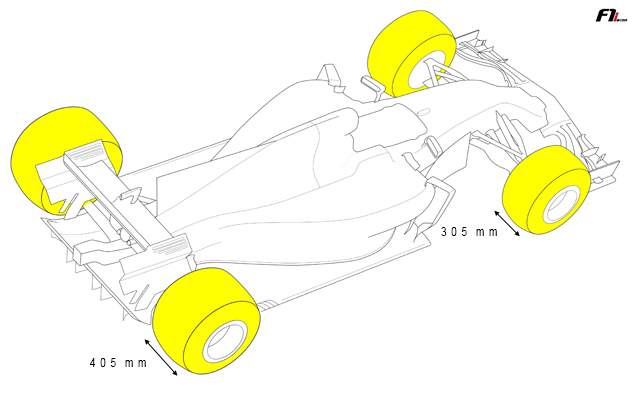 In order to develop its new tyres, Pirelli combined these runs with team-supplied simulation data on downforce and loads. The official supplier first used a computer model that teams subsequently incorporated into their own simulation calculations to quantify loads and assess vehicle dynamics.

Their findings were sent to the FIA, which then fed these back to Pirelli so it could refine the design of its tyres and computer models. Meanwhile, teams continued to work on their future challenger with data update taking place every two months, based around development on both sides.

This policy of continuous adjustment was also followed when it came to producing the windtunnel tyres (50% or 60% size models depending on the facilities): teams received the first prototypes in March last year before securing updated versions later on.

According to Red Bull chief engineer, performance engineering, Pierre Waché, windtunnel runs have revealed that “Airflow resistance at the front of the car is very different compared to the rear. So are the airflow structures around and behind the car, with a noticeable, if not substantial, increase in drag noticed.”

The greatest McLaren in the 'MP4' lineage