While Formula 1 might become somewhat 'Americanised' with US conglomerate Liberty Media now in charge, some European drivers have already crossed the Pond to embrace a professional career Stateside. Among them is 2016 IndyCar champion Simon Pagenaud and F1i's Ziv Knoll caught up with the Frenchman in Charlotte, North Carolina, where he is based. 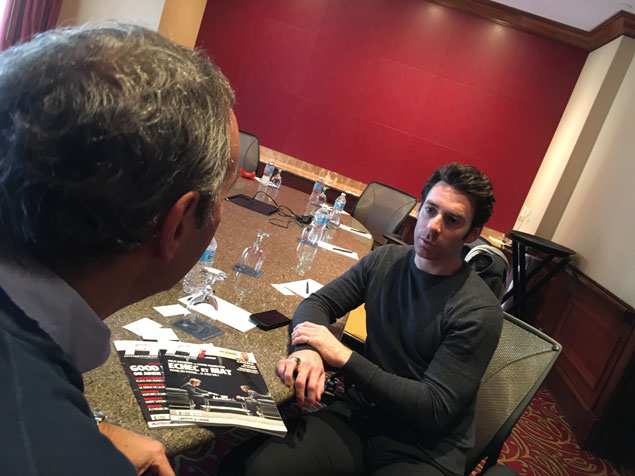 So Simon, simply put, why did you leave for the States?

It was a career move after coming at a crossroads earlier in my life. I wanted to do Formula 1 but an opportunity came up to go racing in the Champ Car Atlantic series. That was back in 2006. There was a nice $2m incentive in prize money for the winner that could be used towards a Champ Car graduation. That was pretty much my last shot to become a professional driver and I managed to convince a few partners to follow me in this make-or-break journey.

I wanted to do F1 but an opportunity came up in the US-based Champ Car Atlantic in 2006 with a $2m incentive to get into Champ Car for the winner.

Things worked out pretty well in the end…

Indeed. I won the Atlantic championship and got a drive with Derrick Walker’s Champ Car team. However, the series was not doing great at the time and I was lucky to be able to bounce back in endurance racing, which I had already done in Europe. Together with [two-time CART champion] Gil de Ferran, we competed in the American Le Mans Series [ALMS] for Honda, which opened the doors to IndyCar.

So De Ferran played a big role in your development in America?

Absolutely, he was like my Jedi Master! Gil was a very technical driver and he was totally open book. He groomed me so I would fit perfectly in the team. We won a few races with Honda HPD, which gave me the opportunity to join Peugeot for the Intercontinental Le Mans Cup and Le Mans 24 Hours. [Four-time Champ Car winner and former Toro Rosso F1 driver] Sébastien Bourdais helped me a lot as well, in terms of getting settled in the US and managing the logistics. Gil and Sébastien have been two very important people for my career indeed. 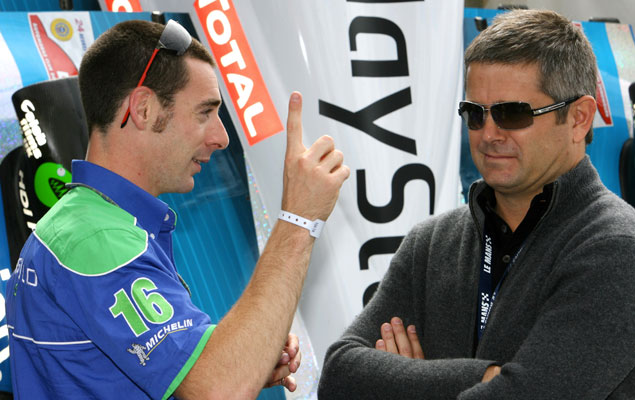 Simon and his mentor Gil de Ferran, with whom he raced for Honda in ALMS.

The defining moments of Manor in Formula 1