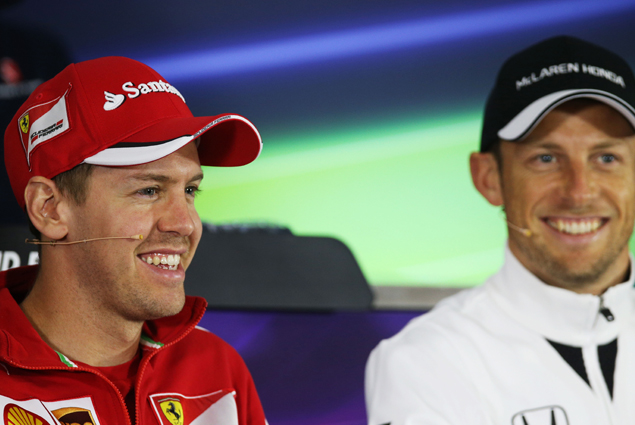 The Question: I’m sure you’re aware that you’re just one win short now of Ayrton Senna’s mark of 41. Is that something you think about heading into this weekend?

SV: First of all, I wasn’t aware, to be honest. I know Michael’s number but that’s just ridiculous, if you look at numbers. I think it’s very special. Obviously it took me a long while to get the number 40 done. I hope the next one is not that far away but, yeah, I think it would certainly mean a lot for any driver. That’s why I think statistics in this regard are quite nice. Once you are on the track it doesn’t really matter so much.

SV: Do I think about statistics? Not. One. Little. Bit. People have this misguided perception of me as some kind of F1 nerd who endlessly pores over the record books and snorts with delight when he comes across some random fact he can trot out in the pub in order to lord it over his scruffy, similarly girlfriend-less mates – I’m not an F1 journalist you know. How come no one ever asks Jenson those sorts of questions. Oh no, he gets asked about triathlons and his missus and how much he likes Suzuka. I flipping like Suzuka as well you know. I’ve won the race four times. I won a bloody championship there!