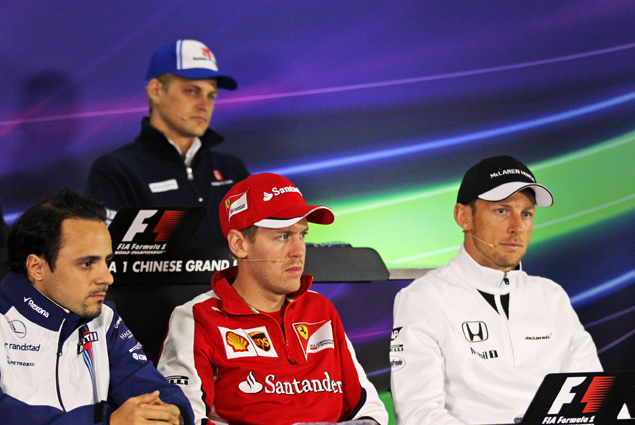 The Question: Marcus, coming to you: this year has been a step up for you coming from Caterham to Sauber. It’s been a quite promising start, pre-season testing, the first race, but Malaysia was a big learning process. Has the prospect of scoring points changed your approach going into racing?

ME: First of all, it’s a big step up, like you say, coming from Caterham into the Sauber team. We’ve been competitive from the start and Australia was great for us, with both cars in the points. Then I think Malaysia was a really good weekend. I was top 10 in every session and managed to get to Q3, so it was a really great weekend and then obviously I did my mistake in the race, which I had to pay a big price for but that’s something you learn from. I’m not the first one and I’m not the last one that makes a mistake in a race. But yeah, overall, I think the Malaysia weekend was very positive and we bring a lot of good stuff from that and we showed again that we can be competitive and we’re going to aim to continue that form in China and I think it’s realistic that we can do as well. I’m really looking forward to getting going again tomorrow.