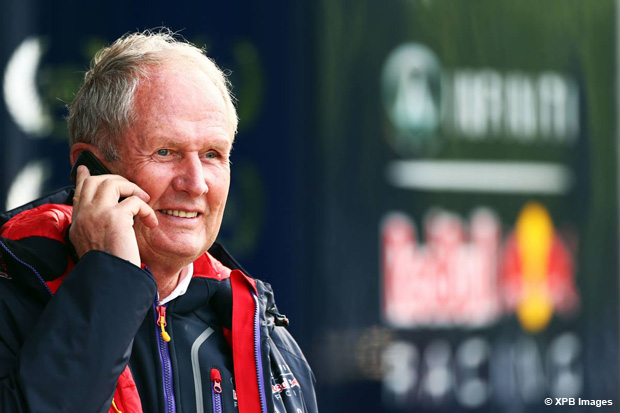 After quite a few so-so picks, save for the notable exception of four-time world champion Sebastian Vettel, the Red Bull Junior Team seems to have stuck gold twice in unearthing the talents of Daniel Ricciardo and Daniil Kvyat. With Toro Rosso recruit Max Verstappen also tipped to star on his F1 debut, has Helmut Marko, the head of Red Bull’s driver development programme, finally found the winning formula?

Granted, Red Bull Racing is coming off a rather quiet season by their recent standards, although securing three wins against a rival so dominant was no meagre achievement. Mercedes’ Silver Arrows undoubtedly pinned the Austrian squad’s wings down and helped the German behemoth take over as Formula One’s new top dogs in terms of wins and statistics. However, RBR could find solace in their young driver scheme enjoying palatable success in 2014 as junior team graduates Daniel Ricciardo and Daniil Kvyat both experienced breakthrough campaigns. The ever-grinning Aussie comfortably outperformed team-mate and four-time world champion Vettel, while the Russian rookie quickly settled in his new surroundings at Toro Rosso despite having been promoted straight from GP3. What’s more, the energy drink giant also managed to lure FIA F3 European rookie sensation Max Verstappen under its wings with a much-coveted F1 seat.

A former Grand Prix racer in the 1970s, Dr Helmut Marko has been ruling Red Bull’s driver development programme with an iron fist for over fifteen years. The Austrian advisor has certainly made some risky gambles and wrecked a few burgeoning careers along the way, but Marko seems to have unearthed a trio of genuine diamonds in Ricciardo, Kvyat, and Verstappen. The 1971 Le Mans 24 Hours winner – he also went to class with Dieter Mateschitz well before the Red Bull boss bought out his F3000 team to make it a junior squad – does acknowledge the scheme’s high demands and ruthless nature. Young hotshots have to perform year in, year out as any slump quickly results in the (magic) carpet being pulled from under their feet. Just ask Antonio Felix da Costa. The Portuguese was a hot property in 2013 and heavily tipped to replace the Red Bull-bound Ricciardo at Toro Rosso. He was eventually brushed aside at the last minute after a “subpar” second Formula Renault 3.5 season in which he still secured three wins en route to third in the standings. Strong results no longer suffice; F1 hopefuls have to display exceptional talent. 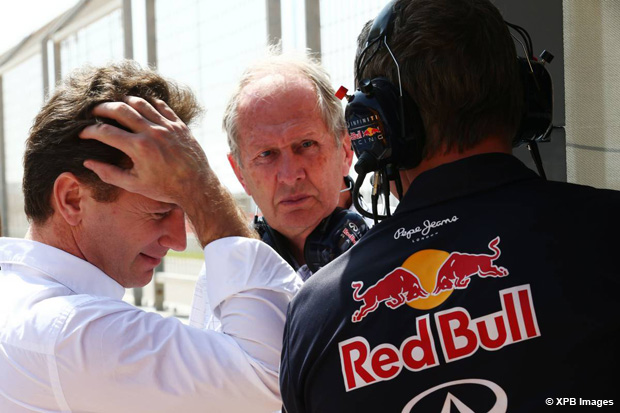 “We did not have any team when we launched our programme,” reminisces Marko, who’d already offered support to many fellow young compatriots, including the likes of Gerhard Berger, Markus Hottinger and Karl Wendlinger. “Now, we have a winning squad and a second team that has been steadily growing over the past ten years. Of course, this has altered our overall approach to promoting young drivers to the top level of motor racing. Instead of supporting them only so that they can enter F1, we now are looking for potential grand prix winners, which is slightly different.”

“Basically, if we identify any weak spot in one of our protégés, we stop backing him or her. Granted, you can argue that we are tough, but 90% of the drivers we used to support are now racing in WEC, DTM and other championships. If these people were doing any other job, they’d never make the kind of money they’re currently earning. The end result shows that they’ve hugely benefitted from our help. Not everybody can drive in Formula One, let alone become world champion. You need to operate at an extremely high level to cut it out there; this is a fact you just have to deal with.”

Indeed, the rationale behind the Red Bull programme has changed over the years. After backing the likes of Enrique Bernoldi, Patrick Friesacher or Robert Doornbos, all decent but unspectacular drivers, Dr Marko gradually stiffened the selection criteria and brought a more talented crop of drivers to F1, including Sébastien Buemi and Jaime Alguersuari.

Despite claiming solid results during their Toro Rosso spell, both Buemi and Alguersuari were ousted to make room for the next pair of home-grown talents: Ricciardo and Jean-Eric Vergne. With so many drivers popping up in the Red Bull stable every year, the turnover is bound to be important within the Faenza-based squad. New recruits are usually being granted a couple of seasons to show their mettle and make it to the next level, namely Red Bull Racing. 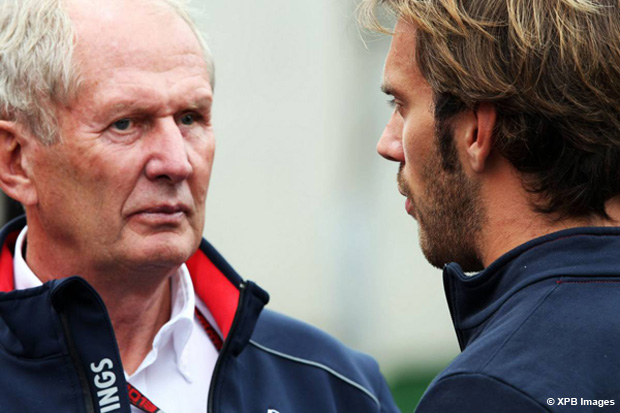 Further evidence was given in 2013 when Ricciardo got the nod from Marko, while Vergne had to settle for a third year at Toro Rosso and probably understood that the writing was on the wall. Talent is not enough to meet Helmut’s unforgiving demands though; dedication and work ethics prove to be just as valuable.

“The assessment centre we have in Austria is a good example of how we operate. Don’t ask me how many doctors and psychologists we have over there, but all of our drivers are regularly tested and part of their jobs is to pass those exams. If they don’t, then we stop backing them. Of course, fitness remains a key element in our assessment process, but mental strength also plays a major part. Then, we usually place our drivers in top teams across several feeder series.”

“Each of them works with a personal physiotherapist, while we offer mental coaching and support if needs be. We also assess their performance in our Milton Keynes racing simulator, a very useful device indeed. Ultimately, we can base our decision on multiple factors. We faced heavy criticism when we promoted Daniel [to Red Bull], but [his performances last year] have proven us right. What’s more, it gave us an extra seat at Toro Rosso, where we could place one of our latest recruits.”

In came Daniil Kvyat, who had surprisingly pipped da Costa to an F1 seat after securing the 2013 GP3 Series title. Only 19 when he turned up in Melbourne for the opening race of 2014, the Russian rookie appeared quite unfazed on his grand prix debut and duly went on to become the youngest driver ever to score a world championship point. Driving an impressive maiden campaign, Kvyat received an early promotion to the senior team when Vettel decided to leave Red Bull.

Recent successes from the Red Bull programme graduates undoubtedly give Marko some breathing space. After all, the scheme had so far struggled to find a genuine successor to Vettel, hence the almost reluctant renewals of Mark Webber’s contract each year. Maybe it is now time for the Austrian advisor to thank the teenagers he’s backed all the way. 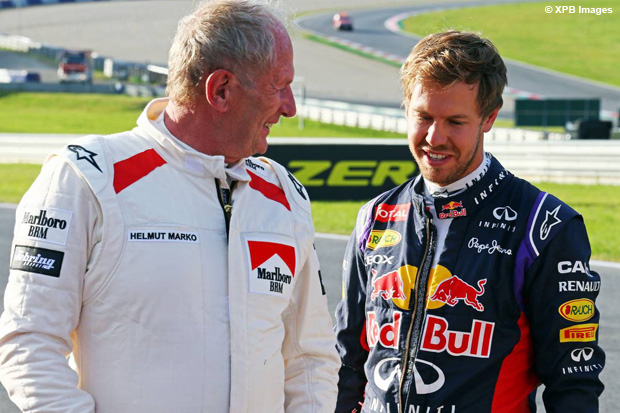