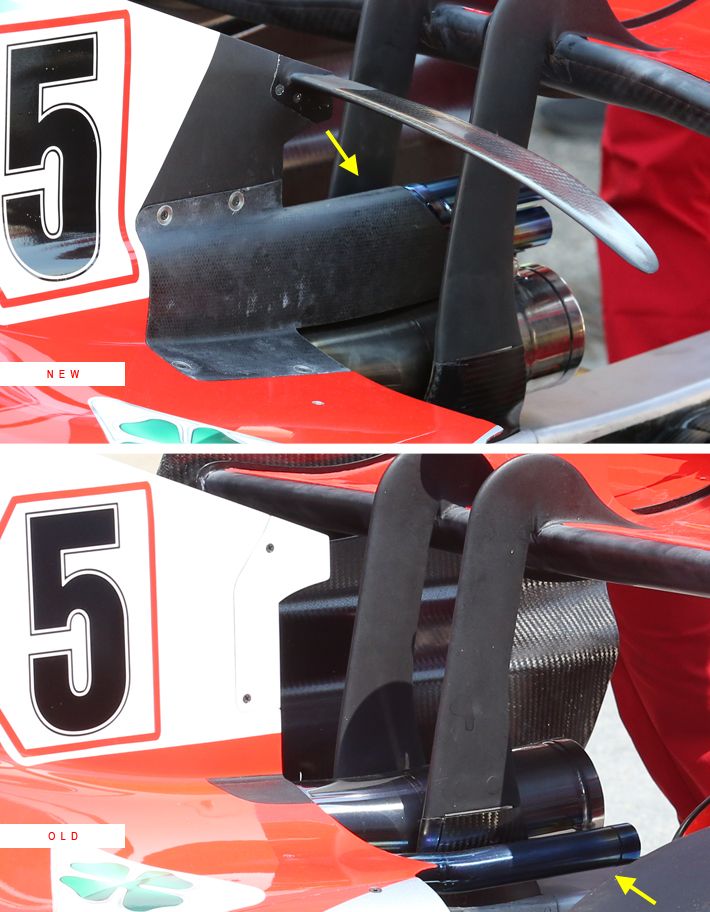 To exploit the energy of the exhaust gases while respecting the regulatory framework put in place since 2014, the teams use the assistance of the MGU-H by diverting it from its primary purpose.

Originally, of course, the MGU-H was not thought of as a blowing instrument. This “Motor-Generator Unit”, installed on the shaft that connects the compressor to the turbine, can function either as a generator or as a motor.

As a generator, it is driven by the rotation of the turbine and recovers energy. In this case, it converts into electricity the mechanical energy that it recovers on the shaft. The power is then transmitted either to the battery (at a rate set by the regulations: 120kW) or to the rear wheels via the MGU-K and the drive shaft (without any limitation).

But the MGU-H can also, on the contrary, operate like a motor: it then uses the power of the energy store to revive the turbo at its optimal speed of rotation which offers the driver an immediate response when he pushes the accelerator. 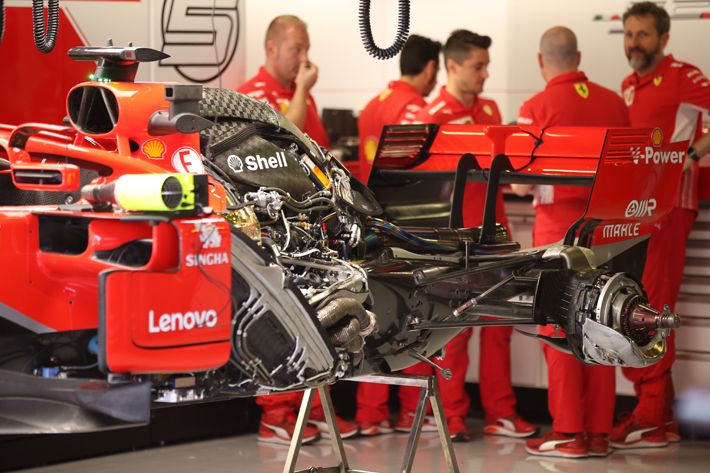 If it serves to limit the response time of the turbo, the MGU-H can also be useful for blowing. It should be noted that blowing occurs mainly when the driver presses on the accelerator. But when he lifts at the entrance of the turn, it can be assumed that the MGU-H still actuates the turbine to produce an energized exhaust gas flow. A flux which is then directed to the underside of the rear wing and which, in doing so, helps to maintain a good level of downforce going through the corner.

Rather than reposition the exhaust outlet as on the RS18 (a hefty job), the Maranello engineers have elected to move the evacuations of the wastegate to bring them closer to the rear wing, which has been redesigned for the occasion.

Only Sebastian Vettel drove with this configuration on Friday, before returning to the standard design on Saturday and Sunday. It is possible that the new engine cover will appear on circuits requiring more downforce, such as the Hungaroring next week.