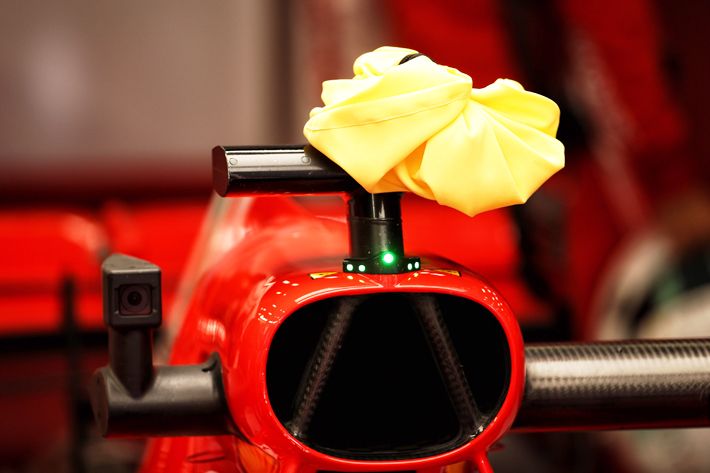 IT’S IN THE BAG

Recently, Ferrari has adopted the habit of covering with a yellow bag the television camera attached to the engine air intake with a yellow bag when the SF71H is stopped. This bag, which contains dry ice, raised many questions in the paddock.

Formula 1 cars are equipped with television cameras provided by the FOM and placed at locations determined by the regulations. Other cameras, including thermal, can be installed by the teams during free practice (for example, the camera without fairing, visible on the left on the image above, films the heat released by the front tires to measure their degradation).

Among the hypotheses going round, the one concerning a tool designed to cool the Italian powertrain does not make sense, since Article 5.6.8 of the technical regulation stipulates that the temperature inside the engine plenum must exceed that of the ambient air by at least ten degrees.

Several reporters, including the reputable Giorgo Piola and Jonathan Noble, felt that the yellow bag, placed in front of the lens, was intended to hide the steering wheel and its screen when it is configured by an engineer or a mechanic. The cars of Vettel and Räikkönen indeed make good starts, and it would not be surprising that the images of the on-board camera (visible via F1 TV Pro in particular) provide valuable information on this subject. But why would Ferrari be the only one to be paranoid? Each team wants to keep its procedures secret... 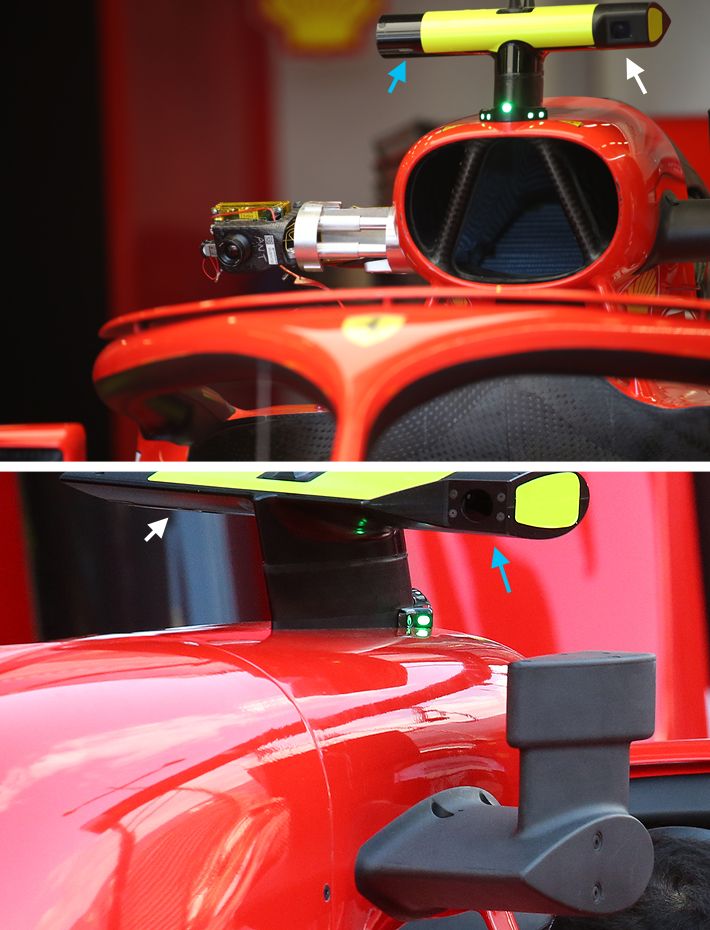 Other suggestions point to the Scuderia's decision to cover the camera after an incident during a previous race, during which a camera directed towards the rear would have started accidentally while the car was parked in the garage, inadvertently broadcasting images of the engine and the suspension. But then, why hide only the lens pointed forward?

The reason cited by the Scuderia is that the heat released by its car would disrupt the operation of the camera, yet designed to withstand temperatures between 50 °C and 120 °C. Snag: no other team has apparently encountered the same problem and, therefore, tried to cool his camera. In addition, the Italian team uses the refrigerated bag even in cool weather, as in Spa.

In short, apart from the brains of Maranello, nobody knows the true story. As a result, Charlie Whiting, according to our colleagues at Racefans, visited the FOM television production centre in Monza on last Wednesday in order to shed some light.

Anyway, after the debate on the battery, the competitiveness of Maranello fuels the suspicions of rival teams. The technical regulation then becomes the means by which the accounts are settled off the track...