At Force India, the bargeboard is now attached to the monocoque (compare the red arrows), as is the case on the McLaren and, since Canada, also on the Renault and Haas.

Previously, this element had already been modified on the VJM11 in Australia, Azerbaijan and Great Britain. Why? The part plays a crucial role while at the same it is easy to replace, according to Force India Technical Director Andrew Green:

“It’s a very fluid area. It is also a cost effective area to develop, because while it may be complex it’s not very structural so it can be manufactured quickly and we can develop that area quite rapidly.” 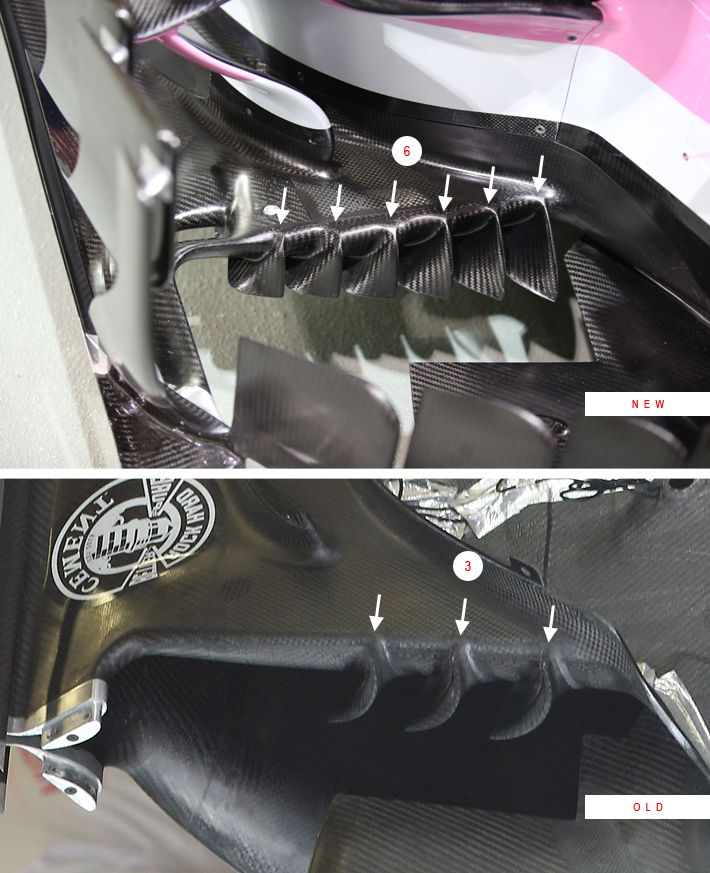 In addition, three winglets have been added to the leading edge of the floor. These winglets, whose shape evokes that of teeth, likely act as vortex generators to seal the underside of the floor from tyre turbulence.

Haas did the same in Canada, while Sauber added three winglets in this zone at the French Grand Prix. As the season progresses, the solutions tend to converge.

Scenes from the paddock: Marina Bay