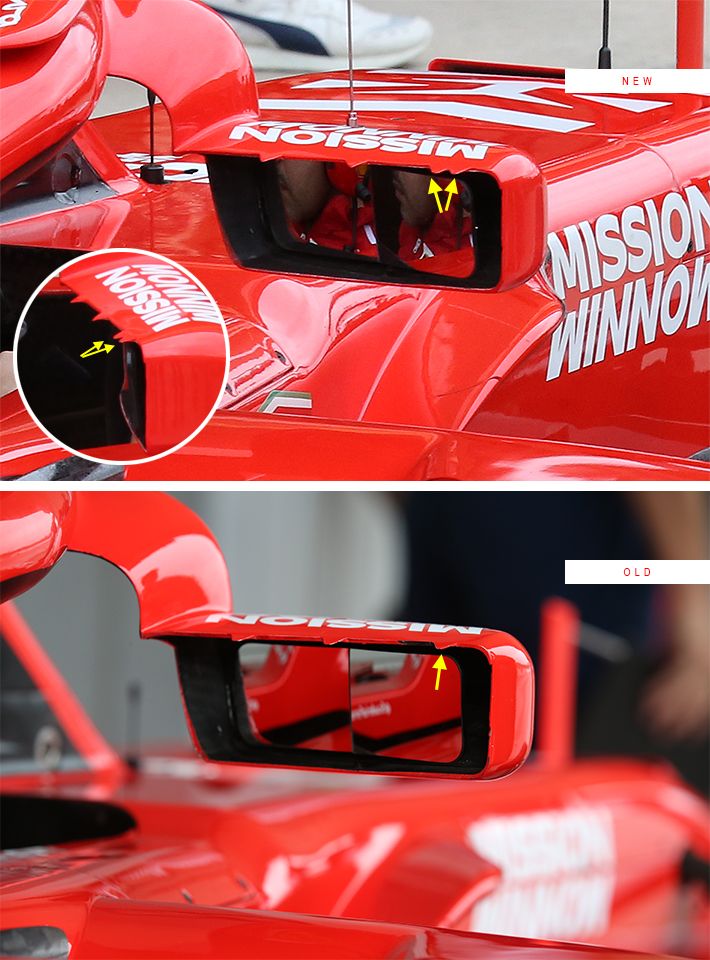 The degree of detail of the evolutions is sometimes staggering. In Austin, the Scuderia's aerodynamicists added a "tooth" on the SF71H rear view mirror fairing (compare the yellow arrows) to modify the mini-vortex created in its wake.

While the number of new parts developed by the Scuderia during the last several Grand Prix is quite impressive, they have not all worked as expected (including the suspension and rear wing). "We came back to a rather old specification, and it seems it works better this way," confirmed Sebastian Vettel after qualifying in Austin.

According to Vettel, the team “took too long” to regain its lost form.

“You can see it as good news but you can also see it’s bad news. If we have to go back to a car that’s been competitive three or four months ago then surely it can’t be good news if you think about it.”

“I think all the steps that we did they seemed to make sense but obviously now looking back they didn’t. Clearly there was something we missed and we haven’t understood yet why and where the error exactly took off, or started.”