A number of F1 drivers have been reacting to the news of the death of Jules Bianchi, who passed away overnight at the age of 25.

Bianchi has become the first driver to die following a Formula One accident at a race since Ayrton Senna passed away at the 1994 San Marino Grand Prix. The Frenchman sustained severe head injuries at the 2014 Japanese Grand Prix when his Marussia collided with a recovery vehicle. The 25-year-old had since been in a coma and fighting for his life until his family issued a statement early on Saturday morning to confirm his passing.

Plenty of Bianchi's fellow F1 racers woke up to the tragic news and immediately sent out their heartfelt condolences through their social networks.

Yesterday we lost one of the best guys and best drivers I've ever met. I'll miss you so much my friend... #RIPJules pic.twitter.com/QYr5F9QOXS

Last night we lost a truly great guy and a real fighter #RIPJules my sincerest Condolences to his family and friends. — Jenson Button (@JensonButton) 18 July 2015

No words can describe what his family & the sport have lost. All I can say it was a pleasure knowing & racing you. x pic.twitter.com/NVcfbV9qdR — M A X Chilton (@maxchilton) 18 July 2015

I'll never forget you and the good times we had. Going to miss you bro ❤️ pic.twitter.com/nHxnuIdCwN — Daniel Ricciardo (@danielricciardo) 18 July 2015

Woke up to these very sad news.. RIP Jules. You will be never forgotten. My thoughts are with the family pic.twitter.com/79yv2DrDFa — Valtteri Bottas (@ValtteriBottas) 18 July 2015

Horrible news. Rest in peace mate. A great example of fight and courage for all of us. You will always be with us. #JB17 — Carlos Sainz (@carlosainz) 18 July 2015

Today we have lost an amazing talent and person... Words can't describe our feelings right now. We will all miss you Jules.. #RIPJules — Max Verstappen (@Max33Verstappen) 18 Juillet 2015

Goodbye Jules. So sad to have lost a very impressive young man. Our thoughts are with the Family. #RIPJules — Susie Wolff (@Susie_Wolff) 18 Juillet 2015

Rest in peace Jules. A great talent and a big loss for motorsport. Thoughts are with family and friends. #JB17 — Kevin Magnussen (@KevinMagnussen) July 18, 2015

Tragic news today. So unfair. One of the best guys on and off track. Rest in peace my friend. #RIPJules

Very sad news about Jules, we lost a true fighter... All my thoughts go to his family in this difficult time.

Sad news. Will be hard to know that we won't see you again on Sundays with the happiness that gave us all, Jules! RIP pic.twitter.com/I932oER5Co

Rest in peace , Jules. Forever in my , and our hearts. https://t.co/2PicrWyrWX

Manor 'devastated' as Bianchi passes away 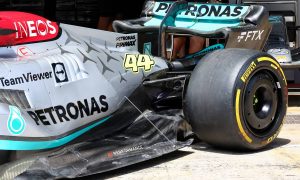