Fernando Alonso's worst career move isn't what most people think it is, meaning his decision to leave Ferrari for McLaren in 2015.

A few years earlier, in 2008, following a year at McLaren battling team mate Lewis Hamilton, Alonso passed on an opportunity which, if he had taken it, would have likely yielded multiple world titles.

Former Brawn GP and Mercedes CEO Nick Fry has revealed that the Spaniard turned down an offer from Honda in 2008, subsequently missing out on racing for Brawn GP in its championship year in 2009 and likely wasting a chance thereafter to pick up a couple more titles with Mercedes.

"Fernando Alonso should have been driving for Nick Fry and Ross Brawn in 2009," Fry explained at the Sin Limites Management and Business Summit (MABS) in Spain.

"If he did, he would be four times world champion today!

"Fernando Alonso could be one of the lost talents. If he had made better decisions, he would have done much better," added Fry. 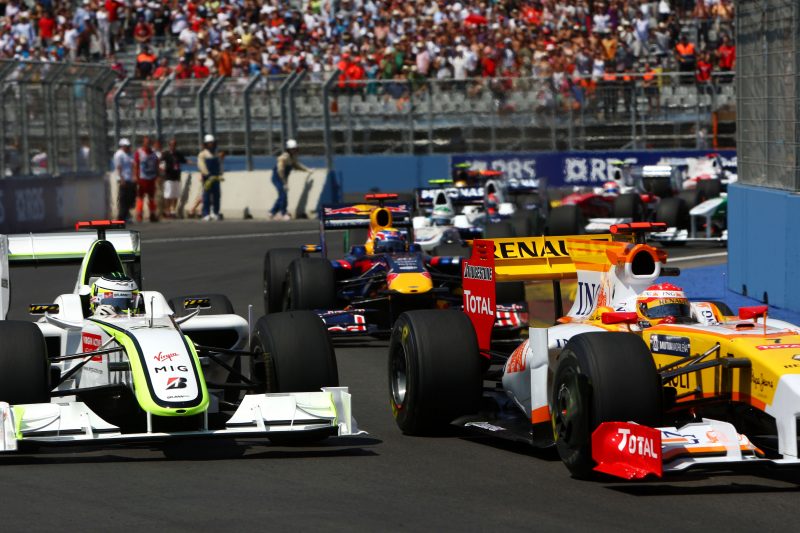 Indeed, as Ross Brawn set out to build Honda's world championship prospects for 2008, Alonso was at the top of his list as he knew the Spaniard was keen on leaving McLaren and his fractious relationship with Hamilton.

In the end however, Alonso signed with Renault where he raced for two seasons before moving on to Ferrari in 2010, while Brawn eventually hired Jenson Button and Rubens Barrichello with the former crowned world champion in 2009.

There was definitely another life that Fernando Alonso might have had, with just a spark of better judgement.

Is Porsche contemplating a move to F1?

F1 will lower costs before it cuts team income - Brawn