Both Pascal Wehrlein and Marcus Ericsson admit to have been very surprised by the news of the departure of Sauber team principal Monisha Kaltenborn.

It was announced yesterday that Kaltenborn, Formula 1's first female team boss, and Sauber split by mutual consent and with immediate effect.

"It's all been quite sudden, the last 48 hours all happening," said Ericsson.

"We have to trust the owners that they know what they are doing and that they have a good plan for the future."

Wehrlein was equally shocked by the sudden turn of events.

"I was quite surprised when I heard this on Tuesday so I didn't expect it."

Sources suggested that Sauber and its team principal had fallen out over Longbow Financial - the outfit's owner - demanding that Ericsson be given preferential treatment over his team mate.

Sauber dismissed the rumors however, and Ericsson unsurprisingly sided with his employer.

"It is completely false and untrue," said the Swedish driver.

"It's very disrespectful towards every single member of Sauber F1 team.

"We have guys here who work day and night, both here and at the factory, to try and get this team successful again, with both cars and both drivers.

"For me and Pascal, it's been very clear that it's not the case. We've both been given equal equipment and priorities. It's how it's always been in this team and will always be." 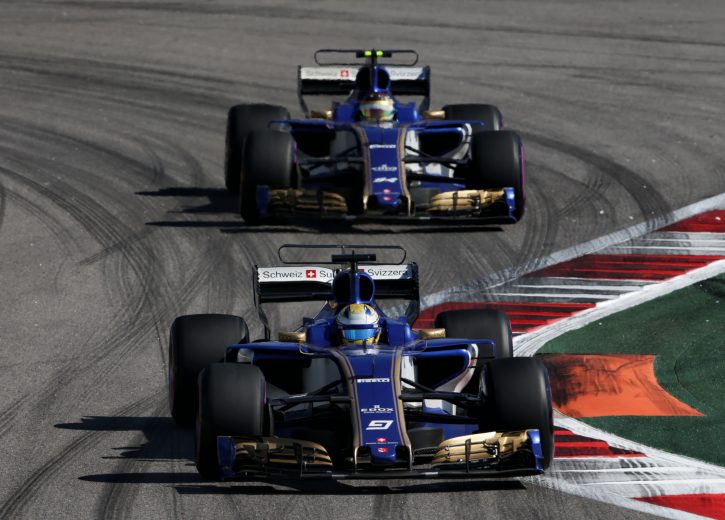 Wehrlein refused to be drawn into a discussion on the matter, but revealed that Kaltenborn had called the German to deliver her account of the situation.

"I spoke with Monisha on Tuesday evening, she called me and she told me about it and of course I was really surprised," said the Mercedes protégé.

"You can say that [I've lost an important supporter in Monisha] definitely - she supported me so much and you know our relationship is or has been really good and will be good in the future as well.

"Monisha was very close to me at one of my toughest times in my career so far when I had my injury, so she helped me a lot there and I am very thankful for that and this is something that I will never forget."

Oddly, Ericsson has had no communication with Kaltenborn.

"I haven't spoken personally with Monisha. I don't know the details yet or the reasoning for it. I guess I will find out later.

"I have a lot to thank Monisha for. She was the one who gave me the chance to come here."