The Formula One Group announced that it has extended its contract with the Singapore Grand Prix organisers to 2021, keeping the popular Marina Bay race on the calendar for four more years.

Singapore first appeared on F1's schedule in 2008 and the event race has grown in popularity ever since, fueled by its night-race status and its attractive entertainment and lifestyle offerings.

Today's announcement comes against the background of a year-on-year 19% growth in ticket sales, with the race weekend sales still to be included.

"The Singapore Grand Prix is a signature Formula 1 race and therefore we are very pleased that it will continue to feature on the calendar for a further four years," says F1 CEO Chase Carey.

"The first ever night race in this sport is one of the most thrilling events of the year, taking place against the stunning backdrop of Marina Bay.

"We are looking forward to offering our continued support to make the next four years even more spectacular and exciting." 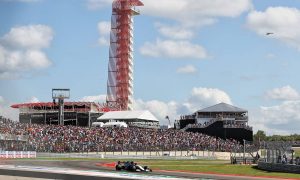