Jolyon Palmer will likely leave Singapore with a smile on his face after achieving his second top-10 finish and his best ever result in F1.

In treacherous conditions, the Renault driver survived the drama at the start to drive a solid race, making the most of the elements and the safety cars to earn himself and his team a valuable batch of points.

"You never know what to expect," said the Englishman.

"Today I really enjoyed [the conditions]. I just felt the grip from the car and had confidence to chuck it around.

"I managed to make a nice pass on Bottas at the re-start at the beginning, so that was a pleasant surprise. I could then go with the guys ahead, so the pace was there."

Palmer's campaign has been marked by reliability woes, bad luck and mistakes but he believes his best performance to date bodes well for the future as he clearly anticipates finishing the season with Renault.

"I would have been happy in any race to finish sixth. I finally get some points for the season and I have seven more races to do a good job and go out with my head held high with Renault.

"You want to show every weekend the best you can do," he added.

"I think the result this weekend is finally a bit of good luck, because obviously there were cars ahead who dropped out. But we negotiated all the conditions well."

The irony of its driver's achievement likely won't be lost on the Renault team which announced this week the hiring of Carlos Sainz, the man set to replace Palmer at the French squad. 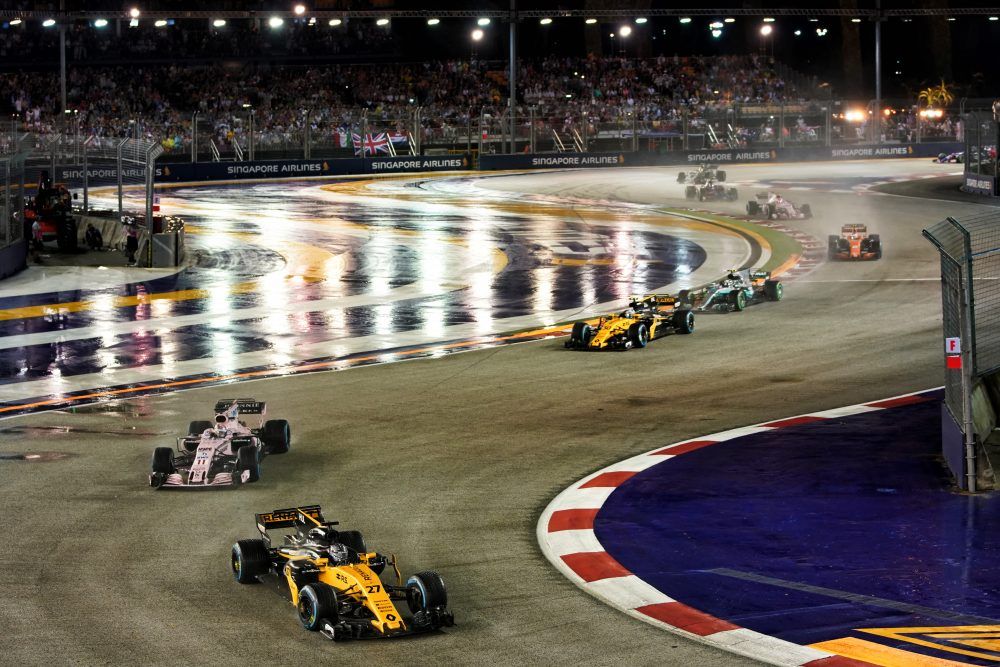 "Jolyon was able to get into the points for the first time this season and achieve his best result ever in F1," said the French manager.

"Despite the circumstances, he drove an error-free race on a night where it would have been easy to make many.

"He was able to help the team in its progress for the Constructors’ Championship, we now sit in seventh place and closer to reaching our goal for fifth position."

Nico Hulkenberg also appeared to be in the running for an outstanding performance, but an oil leak quashed those hopes early on and eventually sent him into retirement.

"It was a very disappointing race, you put in a lot of hard work throughout the weekend and then these things happen," commented the German.

"It’s not great but it is a technical sport and a team sport. Unfortunately we had some technical issues with the engine and we had to retire the car."

Perez earns himself a strong fifth in Singapore