Sebastian Vettel has no doubts about Maurizio Arrivabene's ability to lead following suggestions the Ferrari team principal was on his way out.

Reports emerged last week that the Italian would take on the role of the scapegoat after the Scuderia's disastrous performance during F1's recent Asian leg.

Ferrari chairman Sergio Marchionne set the record straight last weekend in Austin, saying it would be "idiotic" to blame Arrivabene, or any one person, for the team's reliability woes, a view Vettel shares.

"Look at the results, look at where Ferrari was after 2014, how competitive Ferrari was in 2014 and how in unreasonable shape it was," said the German driver.

"The spirit was down. He is the key person responsible for bringing that back, to open things up and change things that were done for 20 years before that.

"He has an innovative and creative way of thinking, he is the right man, he is a good leader, he is well respected by all the people – no matter what level of the company. Absolutely I am a fan.

"If you look at the results, they are coming. This year we would have liked it to be a bit different, but these things happen – we're still growing the team, growing the culture, we are still on that journey.

"The expectation is always high. We have made massive steps in the last three years and we have to continue to make those steps.

Vettel admits the team's latest underperformance, and watching his championship chances slip away, has been a difficult period to endure. 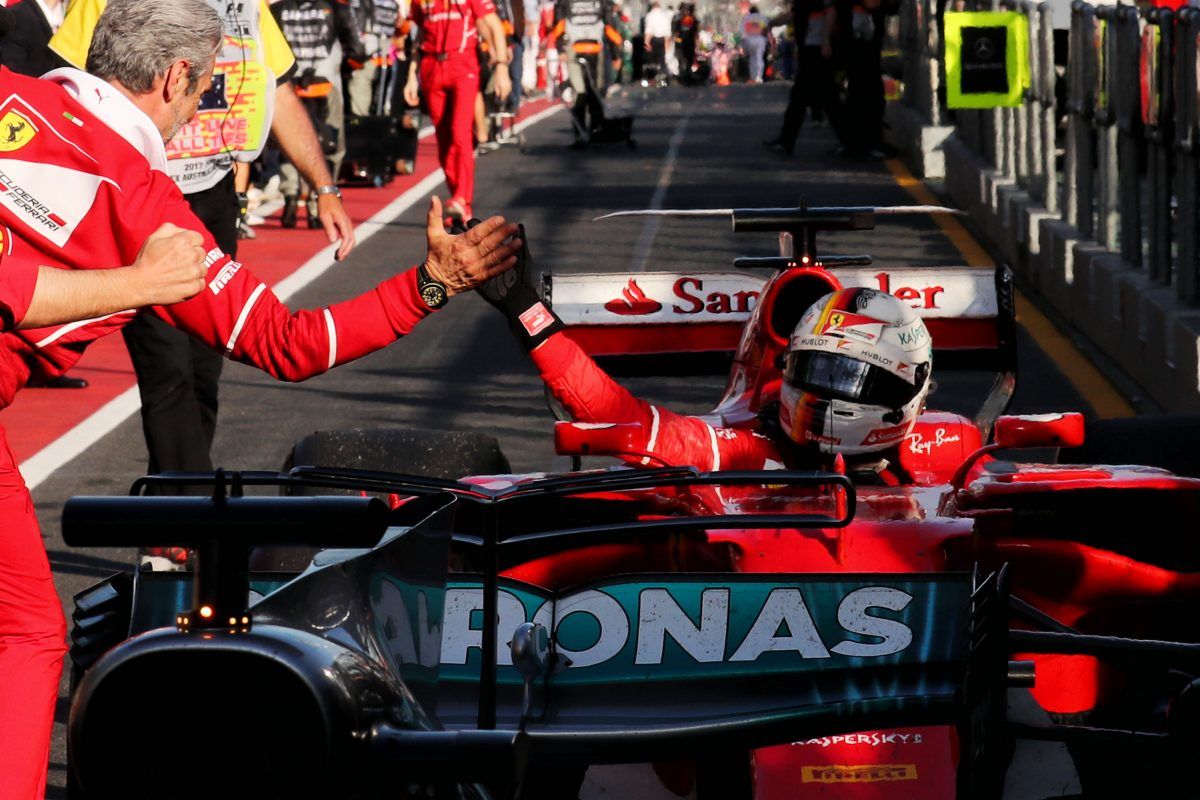 "The pity was there were a couple of races where we were just not there to fight," he said.

"I would have loved to even be on three wheels in those races, but they obviously got away from us and we were just sitting on the sidelines.

"That was bitter. In the end it made a big difference, [but] we are now where we are - we still have a chance, we want to win the last three races and I think we can.

"We have proven probably everybody wrong – there was a lot of talk in the winter about Mercedes, who were favourites, a lot of talk about Red Bull, but not so much about Ferrari.

"Overall the team has been incredible to be where we are now. No one expected us to be that strong, so there were a lot of positives."

Austin move was to 'avoid an accident' - Verstappen

Hamilton: 'A privilege to have Ricciardo as a team mate'