He could see it and he could feel it, and he did everything he could to get it, but Paul di Resta ultimately missed out on Williams' plum drive for 2018.

The Grove-based outfit's 2017 reserve driver, who stepped in for a sick Felipe Massa last summer in Hungary, was among the three contenders shortlisted for this year's coveted seat alongside Lance Stroll.

Di Resta fought hard for the drive, and went up against Robert Kubica in two shootout tests last fall, but to no avail as Williams has set its sights on a third man, 22-year-old Russian hopeful Sergey Sirotkin.

"It was within touching distance again of getting the race drive, and it’s not happened," di Resta told Crash.net.

"Whether my age is against me now, I don’t know.

"I enjoyed driving that race," he said of his experience at the Hungaroring last year.

"I tried to represent the team as best I could with the limited time that I had. Ultimately it puts you back in the framework in some way."

Di Resta admitted that he likely won't be retained as Williams' reserve driver this season, which is why he has turned his attention to Formula E, sampling the all-electric category with Jaguar on Sunday in Marrakech during the series' rookie test.

"[Williams'] decision will be taken very soon. It will be announced very soon," he said.

"But as a driver you have to look after number one and that’s me personally.

"This is a championship that is just underneath the level of Formula 1, and as a professional driver, that’s what excites you."

With Mercedes entering Formula E next year, the Scot, who raced for the German manufacturer in DTM, is "definitely" interested in prolonging his relationship with the prestigious brand when it charges up in 2019.

"I think any professional driver at the level I am at, you have to be," he added. 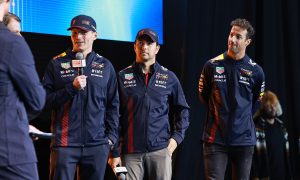 Ricciardo details ‘behind the scenes’ role at Red Bull 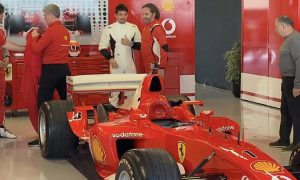 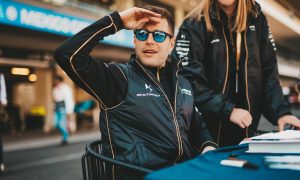