For the second day running, Ferrari dominated pre-season testing thanks to a blistering performance from Kimi Raikkonen on hypersofts.

Raikkonen set an impressive benchmark of 1:17.221s just after mid-day. His time was just a few hundredths off the unofficial track record set by his team mate Sebastian Vettel on Thursday.

The Ferrari also did well in the distance stakes, notching up 157 laps - one of six drivers to record a century for the day.

It had turned out to be pleasantly warm and sunny on Friday for the final day at the Circuit de Barcelona-Catalunya. Teams once again worked through lunch in order to claw back some of the time lost to last week's seriously inclement conditions.

As had been the case yesterday, much of the afternoon was once again spent on long distance and heavy fuel load runs. The pace finally picked up for the final "hypersoft happy hour" which saw drivers put their best qualifying foot forward.

Despite being sidelined all morning following a turbo charger failure, Fernando Alonso delighted his fans by pushing the McLaren into second place with ten minutes remaining, just half a second off Raikkonen's time. A subsequent lap went even faster and briefly claimed top spot - only to be deleted for cutting a corner.

Carlos Sainz had also lost all but four laps before lunch with gearbox problems on his Renault. However he too found his form late in the day and punched in a lap of 1:18.092s in the final half hour to secure third place despite completing only 45 laps.

Red Bull had been languishing toward the bottom of the times for much of the day. However Daniel Ricciardo went on to take fourth spot with a lap of 1:18.327s on supersofts in the final hour, after completing 92 laps. 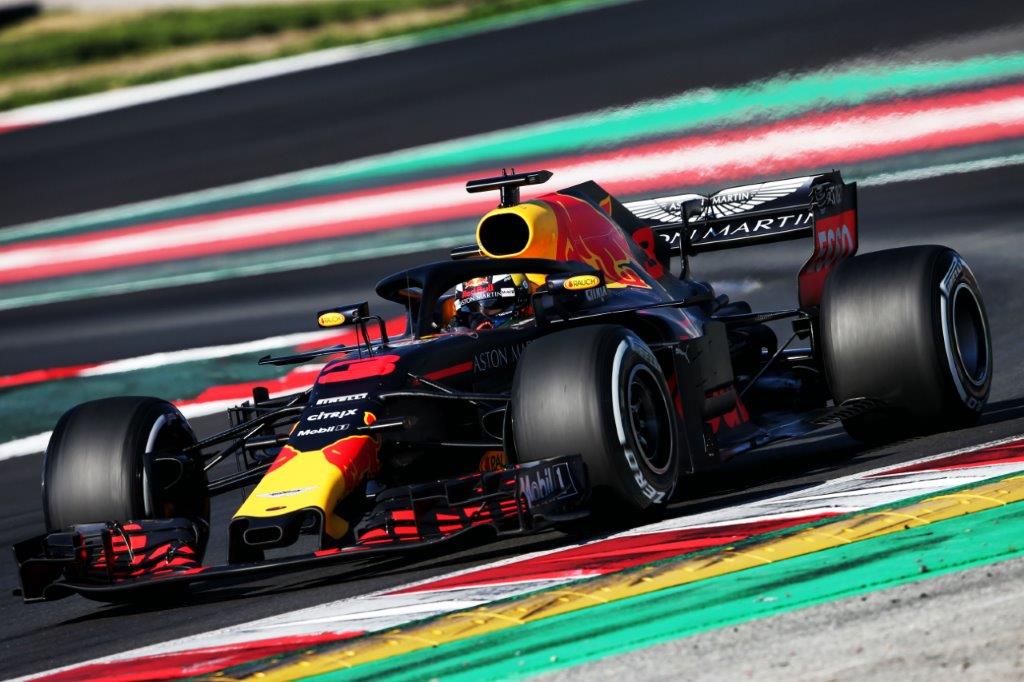 Those improvements displaced Romain Grosjean, who had been holding on to second since the morning. Despite improving his time to 1:18.412s, he was still pushed back to fifth place in the final standings. Hopwever he did claim the honour of most laps in the books, with 181 completed for the day.

Valtteri Bottas took over the W09 from his team mate Lewis Hamilton after lunch. Despite being on the medium compound, the Finn's lap of 1:18.825s was good enough for sixth. The absent Hamilton was slowly pushed out of the top ten entirely on the basis of his morning best. Between them, the two Mercedes drivers completed a whopping 201 laps on Friday.

Brendon Hartly had been third fastest mid-day. He failed to improve on his lap of 1:18.949s and fell to sixth, but completed 156 laps with his trouble-free Honda engine. That put him just ahead of Force India's Esteban Ocon, who also put 163 laps in the books.

Charles Leclerc had made an early impact on the morning proceedings when the Sauber spun off and hit the barrier in turn 11. The team was able to patch up the car and get it back out mid-afternoon. Despite the lost time, he completed 75 laps and improved to ninth with a best lap of 1:19.118s on hypersofts in the final hour. 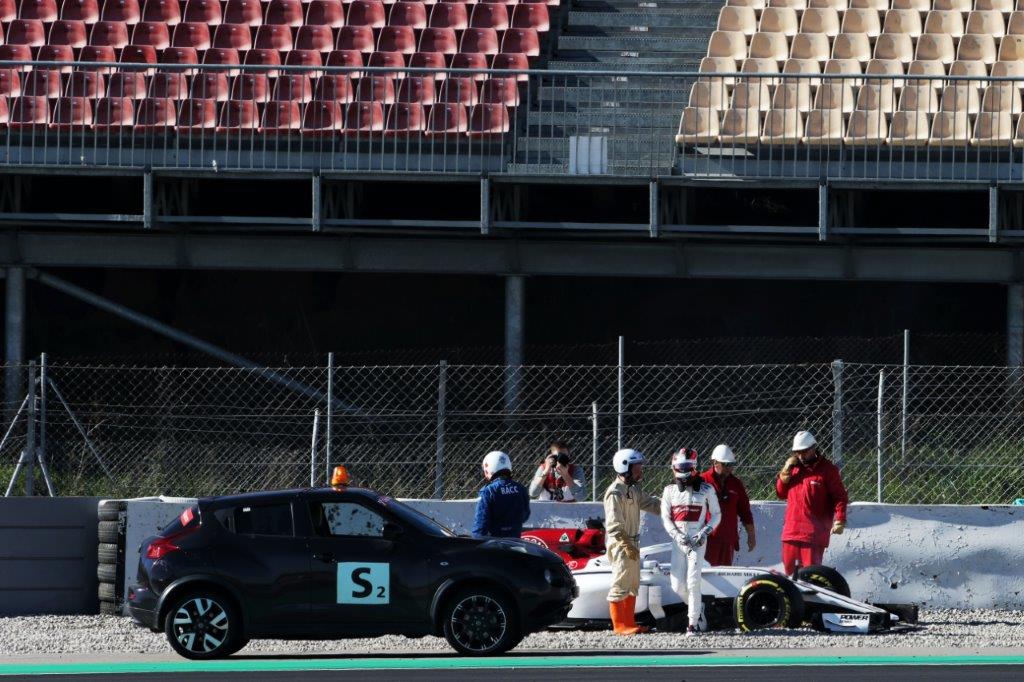 Sergey Sirotkin had enjoyed quality time in the morning and punched out 105 laps in the Williams FW41 before handing in the car keys. With Robert Kubica opting to sit out the session, Lance Stroll was then able to take to the track for the final two and a half hours. Repairing a failure in the fuel system meant the Canadian went on to complete only 27 laps in the time available, but ended the day slowest of the 12 runners.

Teams now have to pack up their equipement and get it on the plane for Melbourne. The first free practice of the 2018 season for the Australian Grand Prix is now just two weeks away. We assume that you're as excited by this final countdown as we are here at F1i!

Alonso finishes testing with a flourish with 'ambitious' MCL33