Alain Prost says Renault will work first and foremost towards progress this year, and hopefully reap the benefits of its work down the road.

The French team is in the verge of its third F1 season since its return to Grand Prix racing in 2016 following its take-over of Lotus at the end of 2015.

Renault is still in the process of consolidating its foundation, but undeniable improvement was seen last season, and another step up in performance appears to be in the cards this year based on pre-season testing.

"In 2018 we will progress and gradually become stronger," Prost told Nice Matin at a F1 demonstration in Nice.

"Theoretically, the top three teams retain a great advantage and it will be difficult to catch them.

"But by the middle of the season we will have new parts and you can never exclude the possibility of being on the podium," added Renault's star advisor.

Indeed, the Mercedes-Ferrari-Red Bull trio will likely remain out of reach of the rest of the field this year, but Renault is well-placed to lead the charge from behind.

Prost insists however that predicting when Renault will be able to target an outright win on its own merit is a futile exercise.

"I think it's pointless to name specific goals, because in motor racing it doesn't work like that," he says.

"The team is continuing to restructure, many new employees are appearing and the Enstone factory is improved. Soon the same will happen in Viry. 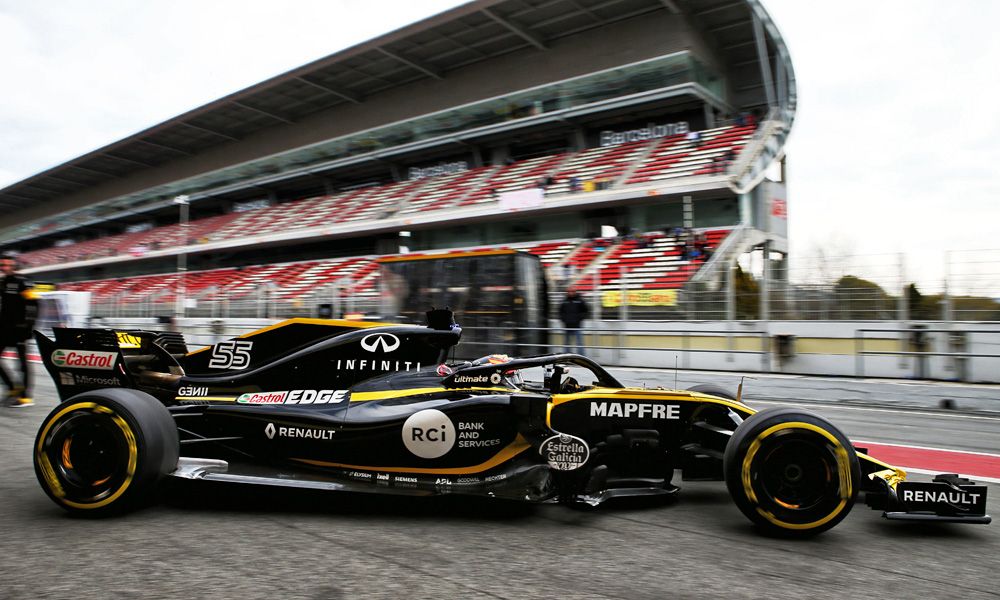 "When will our efforts be rewarded -- tomorrow or the day after? It's still too early to say. First, let's see what progress we make this year."

Looking at the season ahead and the title contenders, Prost admits that his personal tally of four titles will probably be beaten by either Lewis Hamilton or Sebastian Vettel.

"Judging by the winter tests, Lewis has a slight advantage. Very small," he said.

"But it's a long season -- 21 races! Anything can happen and surprises are possible. In my opinion, Red Bull is very competitive as well."

Teams load up on Ultrasofts for Melbourne