Vettel will be joined on the front row by his Ferrari team mate Kimi Raikkonen, who lost out by 0.143s. It's Ferrari's first front row lock out in Bahrain since 2006. Mercedes' Valtteri Bottas and Red Bull's Daniel Ricciardo will line-up on the second row of the grid.

Lewis Hamilton was fourth fastest in qualifying but will start from ninth due to an overnight gearbox penalty. In response to the setback, he strategically set his Q2 time on soft tyres. Others in the top ten will be starting the race on supersofts.

However, Max Verstappen will start no higher than 15th, after the Red Bull spun out in the first round of qualifying.

Q1: Verstappen crashes out of qualifying

The sun had already departed the darkening skies over Bahrain International Circuit by the time the first cars made their entrance under the floodlights for the start of qualifying.

The first drivers to set times in the 18-minute first round were the Sauber pair of Charles Leclerc and Marcus Ericsson. Brendon Hartley's initial run was squandered when he ran wide and damaged the front wing of the Toro Rosso.

Raikkonen wasted no time going to the top of the timesheets with a lap of 1:28.951s on soft tyres, a tenth ahead of his team mate Sebastian Vettel. It put the a second ahead of the two Haas cars of Kevin Magnussen and Romain Grosjean.

Mercedes' Valtteri Bottas slipped into third place with his first run, two tenths off the Ferraris. Lewis Hamilton was a further tenth behind when he completed his own initial run. Max Verstappen threaded the needle between the two Silver Arrows for fourth, while his Red Bull team mate Daniel Ricciardo was slightly slower in sixth.

Verstappen was just starting another run when the RB14 spun going through the apex of turn 2. He was unable to stop the car running into the safety barrier, wrecking the left front suspension. It put him out of qualifying and triggered a red flag with five and a half minutes remaining on the clock. 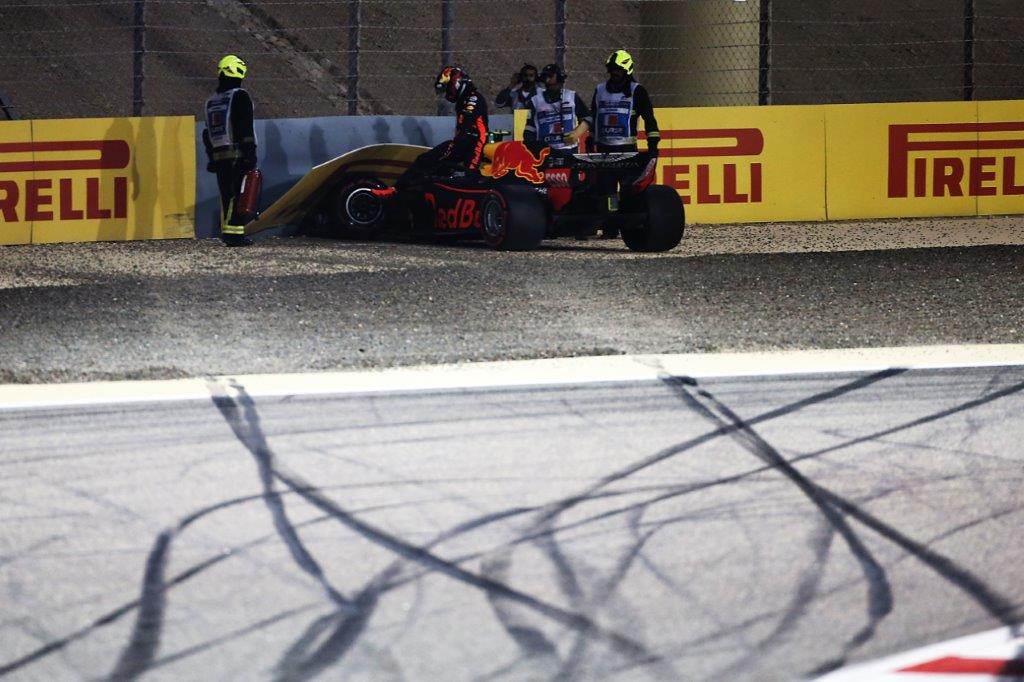 Before the stoppage, the flurry of fast laps had pushed Grosjean all the way down to 16th place. It made him the first of those at risk of being eliminated along with Leclerc, McLaren's Fernando Alonso and the two Williams of Sergey Sirotkin and Lance Stroll.

When the session restarted, the top six stayed in the garage while everyone came back out. A better lap from Alonso demoted Ericsson into the drop zone, and then Grosjean put in an identical lap time of 1:30.530s to the McLaren. By virtue of having set the time first, Alonso was credited with 15th place and was through to the second round, while Grosjean was eliminated.

With Verstappen through to Q2 but out of the running, only four more cars were set to be cut from qualifying in the second 15-minute round of qualifying.

The two Ferraris were among the first cars to head out on supersofts. This time it was Vettel who had the upper hand, clocking in with a time of 1:28.341s - 0.174s faster than Raikkonen. Hamilton slotted in right between them, despite running on soft tyres with a view to a one-stop strategy on Sunday.

Ricciardo opened his Q2 account fourth fastest in the sole remaining Red Bull, putting him ahead of Bottas. Pierre Gasly was an impressive sixth ahead of Renault's Nico Hulkenberg, with Magnussen provisionally holding eighth place ahead of Carlos Sainz and Force India's Esteban Ocon.

Among those in danger heading into the second runs were Gasly and Ocon's team mates Harley and Sergio Perez respectively, and both McLarens of Alonso and Stoffel Vandoorne. Despite improved runs, it was the same quartet that succumbed to the axe when the chequered flag came out.

That meant Gasly had made it through to Q3, despite being pushed down to ninth place by improved laps from Hulkenberg, Magnussen and Sainz in the final seconds.

The final top ten pole shootout round saw Vettel and Raikkonen once again hustling to get out on track, emerging from the garage amidst a thick cloud of smoke. Vettel ran wide on his first run and lost a tenth to his team mate's opening bid of 1:28.101s.

Hamilton was narrowly behind Vettel, with Bottas and Ricciardo in hot pursuit - just three tenths covering the top five. After that it was a steep two second drop-off to Gasly and Sainz. Meanwhile Ocon, Hulkenberg and Magnussen bided their time in the garage, waiting for a single run at the end of the session.

In their final runs, the Ferraris went even faster. Vettel improved his time to 1:27.958s to go top, which Raikkonen couldn't match. Bottas improved to third place just 0.023s behind his fellow Finn, pushing Hamilton to fourth ahead of Ricciardo.

Gasly and Magnussen made progress and were only a second off the leaders, with Hulkenberg finishing eighth and Ocon ninth. Both will move up a place on the grid thanks to Hamilton's penalty. The top ten was rounded out by Sainz. 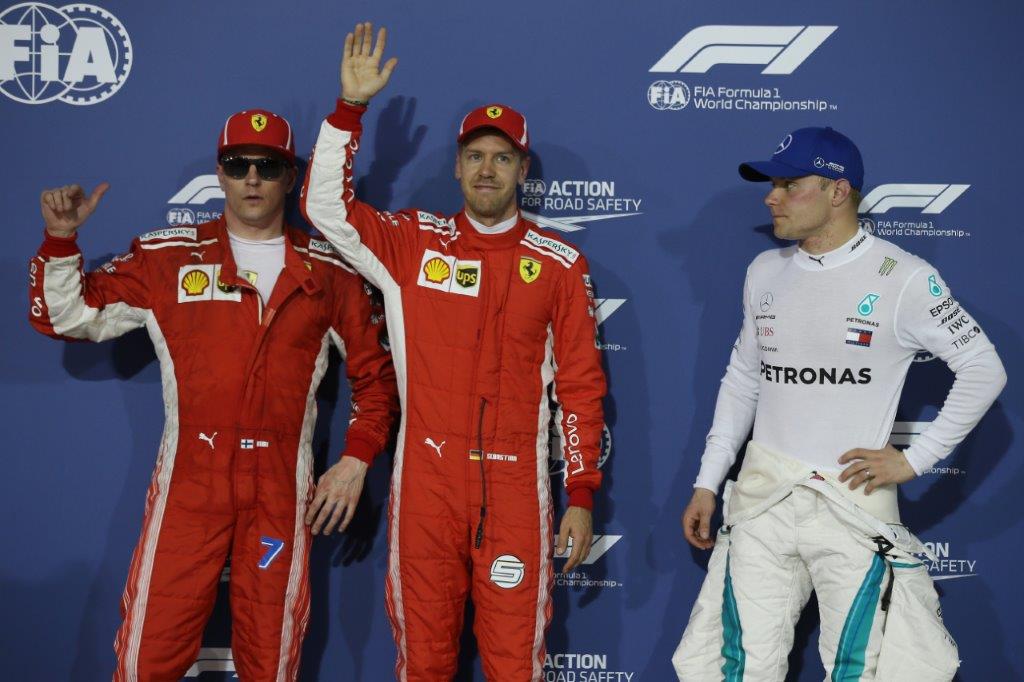