Where he'll be racing next season is out of Carlos Sainz's control, but remaining at Renault is a prospect the Spaniard would be delighted with.

Sainz, who is still under contract with Red Bull, was loaned to the French team for the 2018 seaosn.

Depending on the team Daniel Ricciardo chooses to race for in 2019, the 23-year-old Renault driver could be brought back to the mother-ship at Milton Keynes.

Regardless of where the cards fall, Sainz would be perfectly happy to remain at Enstone.

"It would be a pleasure to stay at Renault," he told Spain's El Pais newspaper.

"I'm happy where I am. I think this team has a lot of potential and, whatever happens, I'm very proud of how we are doing things here at Renault.

"For me it would be a pleasure to stay."

Outperformed earlier this season by team mate Nico Hulkenberg, Sainz gradually improved and is now on a par with the German.

The two men form a balanced, no nonsense line-up at Renault, and one team advisor Alain Renault would like to see unchanged.

"Sometimes in a team there are big differences in the attitude of the drivers, or how they work with the engineers," he said. "But from what I see, these two complement each other very well.

"The important thing is that they go in the same direction and push the team to be the best," Prost added. 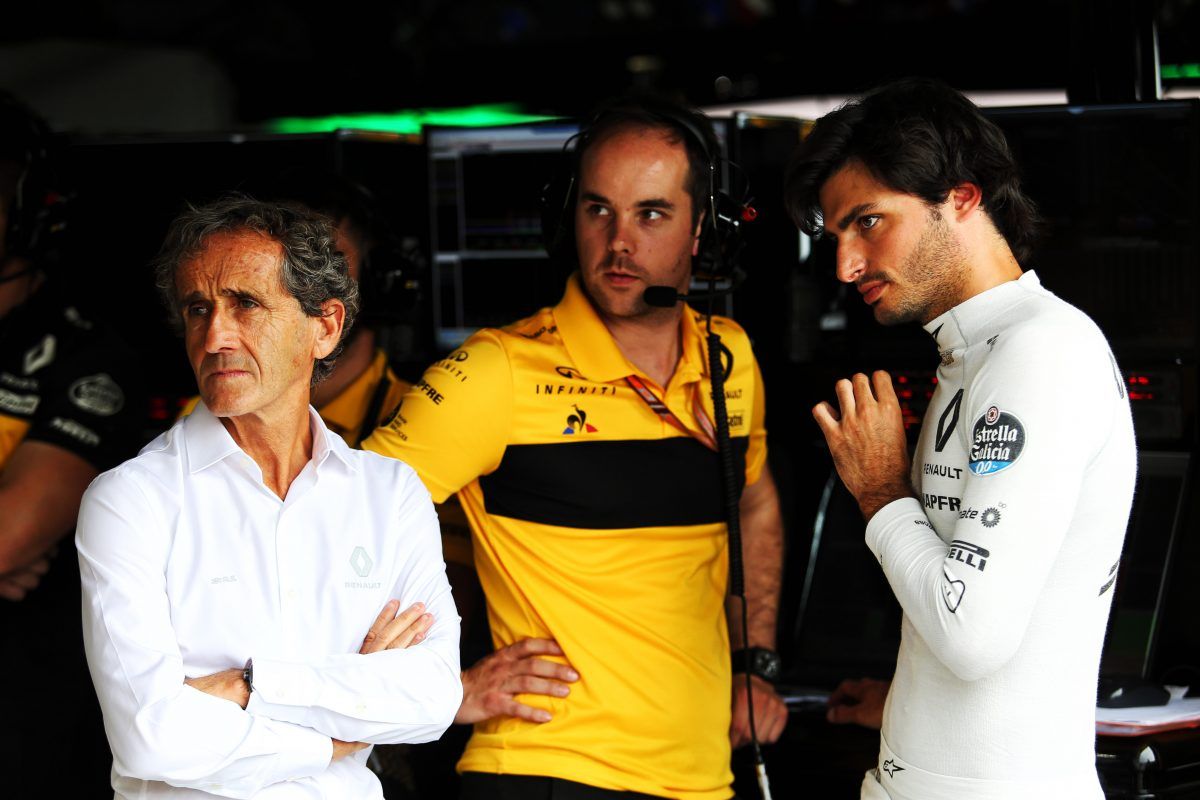 Renault Sport F1 boss Cyril Abiteboul agrees: "The loyalty that we feel from our two drivers is crucial, because we are still building the team.

"We are not yet at the highest level so we cannot afford to have selfish individuals."

Sainz' ambitions in F1 are high, but the Spaniard is willing be patient and grow along with the yellow squad.

"I have my ambitions and I am very competitive. I like to win," he said.

"But currently in F1, there are three teams that are a second and a half ahead of the rest, and we really are the first of the rest.

"We know that it will not happen overnight as we still have a lot of growing to do, and hopefully that happens in the next year or next couple of years. I think there's no hurry either," Sainz added.