Formula 1 returns to Hockenheim next weekend, a track where Grand Prix racing's latest-spec wider and faster cars have never raced.

The German venue, which has retained an atmosphere of tradition despite its revamped lay-out, is a favourite among many drivers for its blend of long straights and technical sections.

Pirelli's range of tyres at Hockenheim will include the medium, soft and ultrasoft compounds, the Italian manufacturer thus offering another 'step' in its selection, a combination last seen In Chian earlier this year.

"Germany is a bit of an unknown quantity, with no Grand Prix having taken place there since 2016," says Pirelli's F1 boss Mario Isola.

"In the meantime, a lot has changed on the cars as well as of course, the tyre range, while the Hockenheimring itself is substantially unaltered.

"Once again, we’ve decided to incorporate a step in the tyres that we’ve nominated in order to provide a roughly equal performance gap between the chosen compounds.

"This contributed to a great race in China, with some interesting repercussions on strategy, so hopefully itwill be the same again.

"The data collected in free ractice will be especially important as teams re-acquaint themselves with the circuit and also work out how best to use the tyre nomination to their advantage." 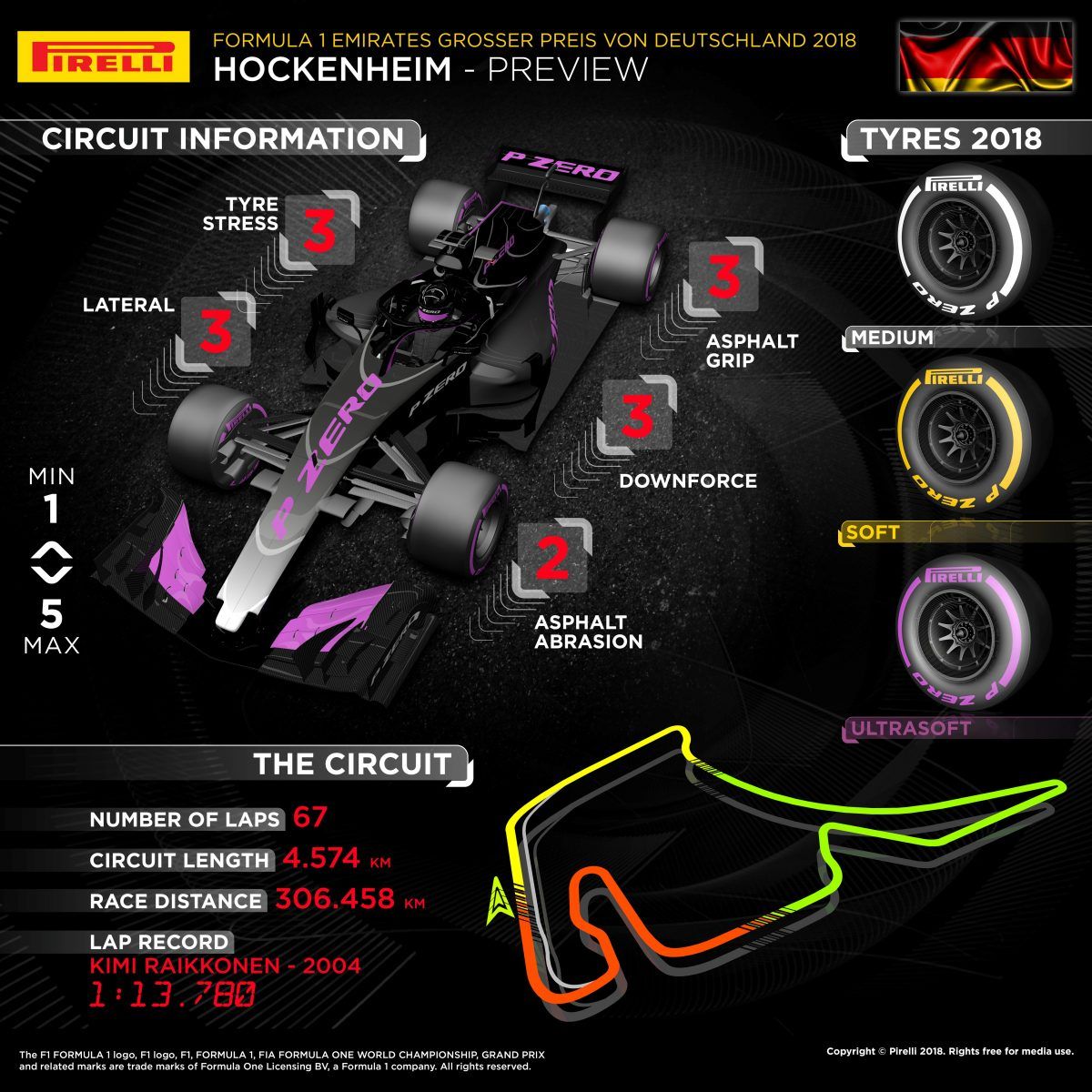 Gallery: Spills and thrills at Hockenheim over the years