Perhaps boosted by the home support from the German fans, Hulkenberg was the quicker of the pair by a little over a tenth. He will line up in seventh place tomorrow, alongside Sainz in eighth.

“I would have loved to have been a little bit closer to the front," said Hulkenberg, who missed out on sixth place by 0.016s.

"But I’m happy with my laps and progression through qualifying. Tomorrow I’ll give it a shot to hunt down the cars in front of me.

"It was great to see the home crowds and so much support today with full grandstands," he added. "That makes me proud and happy as a German. I hope to reward this support with a strong Grand Prix."

"It was a shame for Nico that his final lap was so close to gaining another position on the grid," commented Alan Permane, Renault's sporting director.

"Ultimately there was not quite enough pace," he said. "[But] we’re happy to get both cars into the top ten."

Sainz was also happy with the progress he had made through the day.

“I’m pretty pleased with how things have gone today," he said. "Qualifying was quite challenging at the beginning, but we made big improvements throughout.

"I put in a decent lap in Q3 and eighth is not a bad position for tomorrow," he added. "As always, we are targeting to put both cars in the points tomorrow.

"Our race pace looks promising, but we need to keep an eye on the tyres and managing them throughout."

Sainz added that he didn't have the advantage of Renault's latest aero upgrades for this weekend's race.

"I didn’t use the new front wing in qualifying," he said. "But the upgrade is working which is also great news." 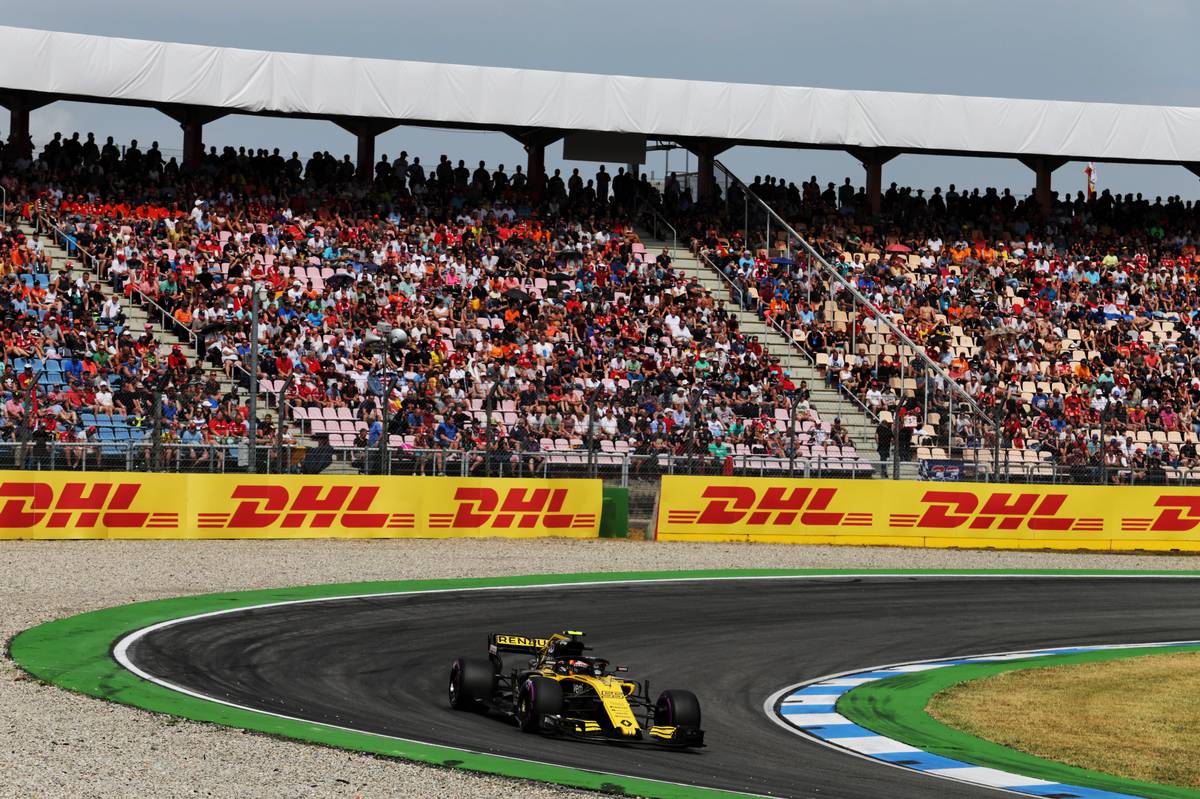 Sainz and Hulkenberg will be starting right behind an all-Haas line-up on the third row. Both drivers are keenly aware of the need to take the fight to their constructors' championship rivals tomorrow.

"We’re happy with our race preparations yesterday and confident we can show strongly," insisted Permane.

"Our focus will be on maximising the tyre performance life, in particular trying to avoid the pitfalls of blistering.

"We don’t expect to see a return of the heavy rain we saw [on Saturday morning]," he said. "It’s likely to be warmer than today, so it has the potential to be a tough race."