Sebastian Vettel felt that today had been one of the team's better Friday performances of the 2018 season to date.

The team has had a habit of being quite reserved on the first day of a race weekend before kicking into gear on Saturday in time for qualifying.

So the driver was feeling particularly satisfied to have set the pace today at the Hungaroring. His time of 1:16.834s put him at the top of the times by three quarter of a tenth of a second from Red Bull's Max Verstappen.

“I was pretty happy this afternoon," he said. "Happier than this morning.

"I think the car is pretty good for one lap," he continued. "We can still improve, but it has been one of the better Fridays as they’ve been a little bit up and down for us lately."

A good performance in tomorrow's qualifying session for the Hungarian Grand Prix could prove to be make-or-break this weekend. Often described as 'Monaco without the walls', Hungary is a notoriously difficult track on which to overtake.

"Qualifying is very important here for the start, as overtaking is very difficult," Vettel confirmed.

"Whoever is ahead after the first couple of corners, that will probably be very crucial," he noted. "But to get there, there is a lot of things to do and some work ahead."

Vettel's car - as well as that of his team mate Kimi Raikkonen and those of Ferrari customer teams Haas and Sauber - are all sporting livery changes to their cars in honour of Sergio Marchionne, the former Ferrari president who died on Wednesday.

In Ferrari's case, the salute comes in the form of a black stripe across the front bulkhead area.

Vettel said he had been very sad to hear the news of Marchionne's death, and suggested the team was feeling especially motivated heading into this weekend's race. 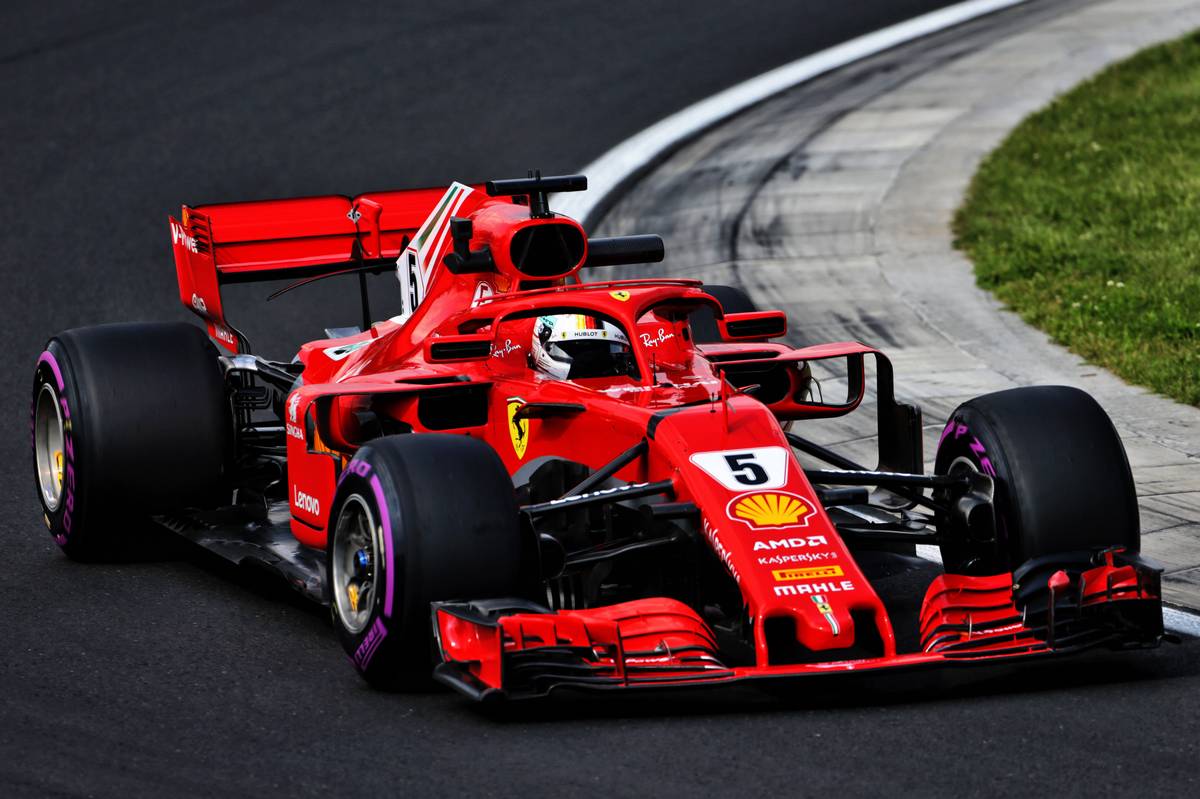 “It is probably quite good to have a race straight away to get your head away and focus on the next thing to do," he said.

"Having a great amount of work ahead of us is probably the best thing for keeping our mind busy and getting through the weekend. It’s not easy, but I focused on the job to do.

"Obviously it was not easy but I think today the work has been okay,” Vettel added.

'Work to be done,' admits Hamilton after Friday practice