Sebastian Vettel had looked the odds-on favourite to claim pole position for this weekend's Hungarian Grand Prix, after the SF71H proved itself the best handling car at the Hungaroring in practice.

But when it came to Saturday afternoon's qualifying session, the Ferrari driver was thwarted by rain and stormy conditions. It meant he ended up in fourth place on the grid for tomorrow's race.

Despite missing out, Vettel was taking the situation philosophically and was still optimistic that the race would be an entirely different matter.

“I don’t think there was an awful lot missing," Vettel insisted. "But we weren't quick enough.

“I think it was difficult in the wet and difficult to squeeze everything out of the car. I think the laps that I had were fine, but just not quick enough.

"In the wet conditions we are not as confident as in the dry, so there's some work to do.

"Today was a tricky session and it could have been anything. I think we managed it well until the end, obviously then we were missing a bit but that’s how it is.

“I think in the dry we were pretty much in control. Obviously it wasn’t dry this afternoon, so it wasn’t meant to be.

"But we will see tomorrow. Obviously as the race is long so we will see what we can do," he added.

Vettel ended up being out-qualified by his team mate Kimi Raikkonen for only the third time this season.

However, the Finn was unhappy with failing to secure a front row position for himself, after Mercedes' Lewis Hamilton and Valtteri Bottas put in the top laps of Q3.

"Obviously it's not ideal," he said of starting from third place. "But I think the weather was the most important thing.

"The nice thing is that the car was driveable and enjoyable in the wet today. 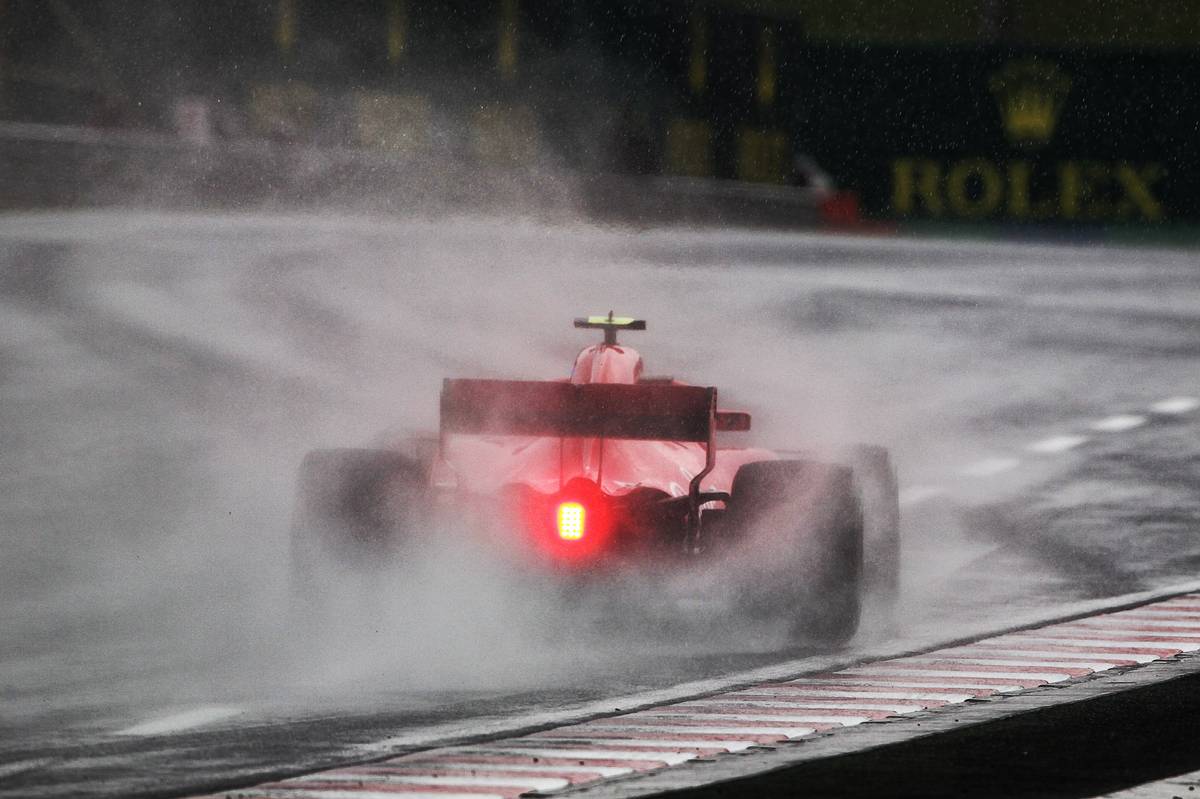 "I think I was a bit unlucky with the last run," he added. "We changed the tyres and there was a lot of grip but we got behind the Haas. There was a lot of spray and it was impossible to see and improve.

"There was definitely a chance in these conditions today that I could have put it on pole, but it didn't happen.

"Tomorrow is another day, and we'll keep trying."