Red Bull team mates Daniel Ricciardo and Max Verstappen will be starting from the fourth row of the grid in tomorrow's Grand Prix after one of their toughest qualifying sessions of the season.

"Starting seventh is not what we wanted," said Verstappen after ending up behind Force India's Esteban Ocon and Sergio Perez, as well as Haas' Romain Grosjean. "But it was a tricky situation out there today."

Rain began to fall at the start of the final round of qualifying. Drivers who had headed out on slick tyres were forced to pit for their wet weather counterparts, with Red Bull one of the first teams to recall their cars to pit lane

"We fuelled for two laps, one of those for slicks and the other for intermediates," explained Verstappen.

"It stopped raining towards the end of our laps and the track dried a little," he continued. "But if we had stayed out and gone for another lap we would have run out of fuel.

"I think we made the correct decision to go on to the intermediates, it was just bad luck that it stopped raining and we had no fuel left.

"It’s frustrating as the time we spent on track was competitive so I’m sure we could have been closer to the front," he insisted. "The car felt good, we just got caught out in Q3

"Even my last quick lap could have been a little better," he suggested. "I ran out of energy in the last sector and I had expected to use it on just one lap."

Verstappen has opted for a 'skinny' rear wing this weekend nd hopes that this will enable him to fight his way back through the field in tomorrow's race.

"We have really low downforce on the car so we should be able to overtake some cars ahead of us that usually would not be there," he said. "With the unusual mix at the front it should be an interesting first few laps.” 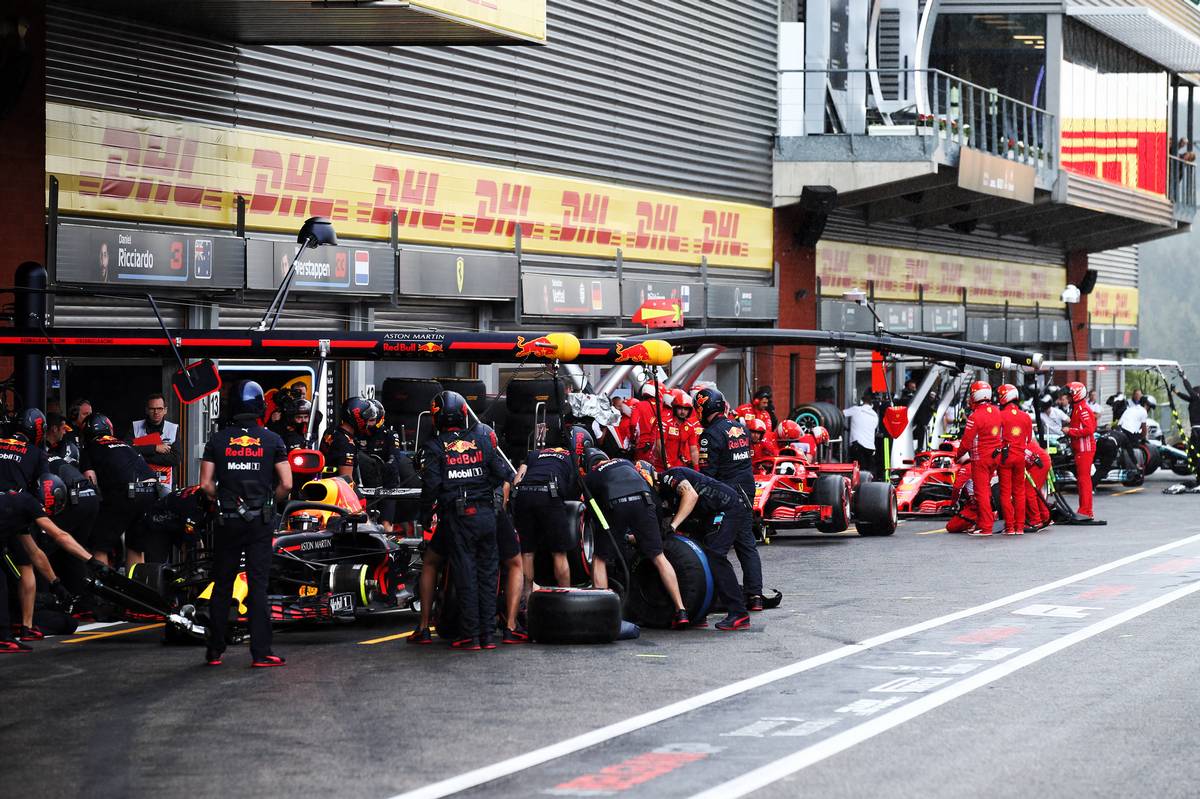 Ricciardo will start alongside him on the grid from eighth place.

"Timing is difficult here and the weather is just so unpredictable," said the Australian. "As a team, we thought we were doing the right thing to get out on the intermediate as quickly as possible while it was still not that wet,.

"But at the end of the session the cars still on track had the best conditions," he admitted. "It was unlucky and in normal circumstances once it starts raining it usually gets worse and worse but today that just didn’t happen.

"In hindsight, the strategy didn’t work but at the time it looked like the right thing to do."

It's not really been a great weekend so far for Ricciardo, who missed much of first practice on Friday with a fuel injection issue.

"I’ve struggled all weekend with speed and there are still some unknowns," he said. "In Q1 I had to put two sets of tyres on to get through.

"Even though we weren’t expecting to be that quick around here, we shouldn’t be in that position and we will try and find some answers tonight before the race tomorrow.

"We haven’t been that quick so far, [but] tomorrow we can be more optimistic, even starting eighth. We are definitely better than that and we will try and charge through.

"I’m sure a few cars in front of us won’t be as strong on race pace so we will be moving forwards and not backwards."

More gloom for Vandoorne after Saturday struggles at Spa