It might be his home Grand Prix this weekend, but for Stoffel Vandoorne the gloom appears unrelenting at Spa-Francorchamps.

The Belgian is widely seen as battling to save his seat at McLaren, but he has been slowest in all three of this weekend's practice sessions. It was therefore no surprise when he also finished bottom of qualifying, even before the rain arrived to throw everything into chaos.

"Our general performance explains pretty much everything this afternoon," he stated frankly after the end of the session. "We’ve had so many problems this weekend and I don’t think there were any surprises here in qualifying.

“It’s my home Grand Prix and it’s a real shame that we don’t have better machinery to really put on a good show and give the fans a good result."

Vandoorne had earlier been involved in a clash with Mercedes' Valtteri Bottas at the end of final practice which saw him tap the barrier on the Kemmel Straight.

Bottas was subsequently given a reprimand by the race stewards for what had happened. As for Vandoorne, he didn't feel that the early end to his session had been a factor in how he'd gone on to fare in qualifying.

"I don’t think there would have been a huge miracle if I hadn’t had the incident in FP3," he said.

"We tried to play every card today, with a bit of slipstreaming as well, and we didn’t really progress any further. So I don’t think it made much difference for me."

One piece of good news for the Belgian is that he will start the race two places up the grid in 18th, thanks to power unit penalties for Bottas and Nico Hulkenberg.

“I hope I can progress at least a little bit tomorrow," he said. "It’s been a difficult weekend. We’ve not really had any performance at all, and I just hope tomorrow will be better."

The situation hasn't really been any brighter for Vandoorne's team mate, two-time world champion Fernando Alonso. The Spaniard explained that the problems the drivers were facing were down to fundamental issues with the MCL33.

"We’ve lost a bit of performance in recent races," he admitted. "But on top of that we knew Spa would be quite a difficult race for our package in terms of performance - and so will Monza. 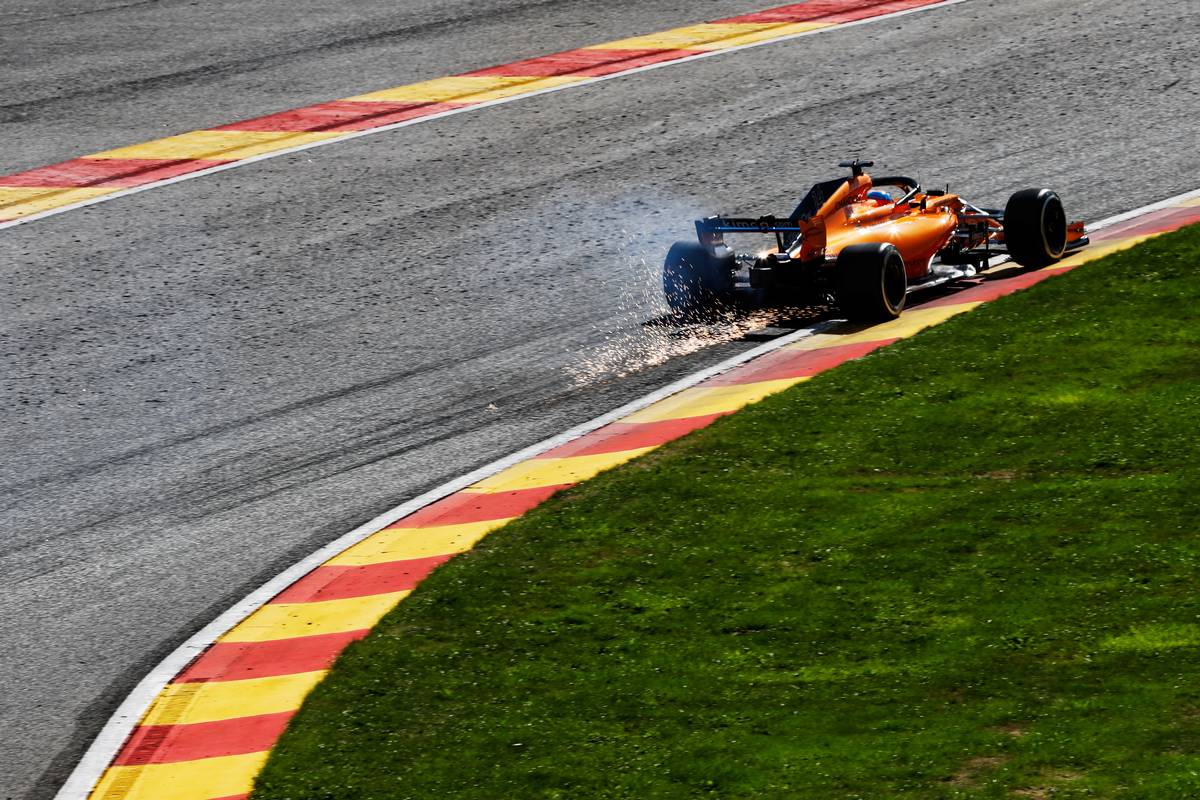 "Driving these cars on this circuit is always very special because they feel fast and grippy," he added. "But then you cross the line and your time is slower than your competitors."

"This circuit has indeed exposed many of our weaknesses," agreed McLaren sporting director Gil de Ferran. "To an extent that we were unable to overcome them today.

"“While we are very disappointed with our qualifying performance, we will approach tomorrow with our usual unwavering fighting spirit in the quest for a good result.”

Alonso was 17th fastest in qualifying, but like Vandoorne he gains two spots on the grid. He will line-up in 15th place, which means he's eyeing up another of his trademark swashbuckling fights through the field that have characterised so many of his races in 2018.

"We try to score points in every difficult situation," he said. "So why can’t we score points again tomorrow?

"We need something special to happen, so maybe there is some rain coming that will give us a chance.”

Sergio Perez's deal for 2019 is done and dusted!