Just one race into its new F1 venture, Racing Point Force India has already gone from scratch to ninth in the Constructors' standings thanks to Sergio Perez and Esteban Ocon's efforts in Sunday's Belgian GP.

The pink duo was incisive from the outset, with both men challenging front-runners Sebastian Vettel and Lewis Hamilton on the run up to Les Combes.

Ocon wisely thought the better however of forcing any issues, handing a position to his team mate as the pair settled into fourth and fifth behind the leaders.

Later on, they also yielded to the faster Red Bull of Max Verstappen, spending the remainder on the afternoon on their own, but well inside the points as 'best of the rest'.

"It’s a great performance by the team today and I think we executed an almost perfect weekend," said Perez.

"My only disappointment is from yesterday because I think pole position was within reach, but we can definitely be happy about the points we have scored.

"We just couldn’t have kept the top teams behind us in the dry so to be ‘best of the rest’, with Esteban right behind me, is the most we could have done.

"I am happy with what we have achieved; we have scored some important points for the team and sent a strong message for the next few races. It’s a nice start of a new era for the team."

Ocon was equally pleased with the team's result and subsequent points, believing it made the most of its afternoon of racing.

"I am satisfied with today’s race and I think we finished where we deserved to with the pace we had," said the Frenchman.

"I made a good start and I was on the inside of Sebastian [Vettel] at turn one. He had better traction, but I was very quick on the straight and tried to get the lead on the Kemmel straight.

"I had a good run down, slipstreaming both Vettel and Lewis [Hamilton] and I tried to find a way on the inside, but in the end I lost a place to Sergio. It was good, fair racing all around.

"It’s a good start to the “new” life of the team; we scored a lot of points which is important for our championship comeback.

"We showed good pace all weekend and hopefully this is going to continue in the final part of the season." 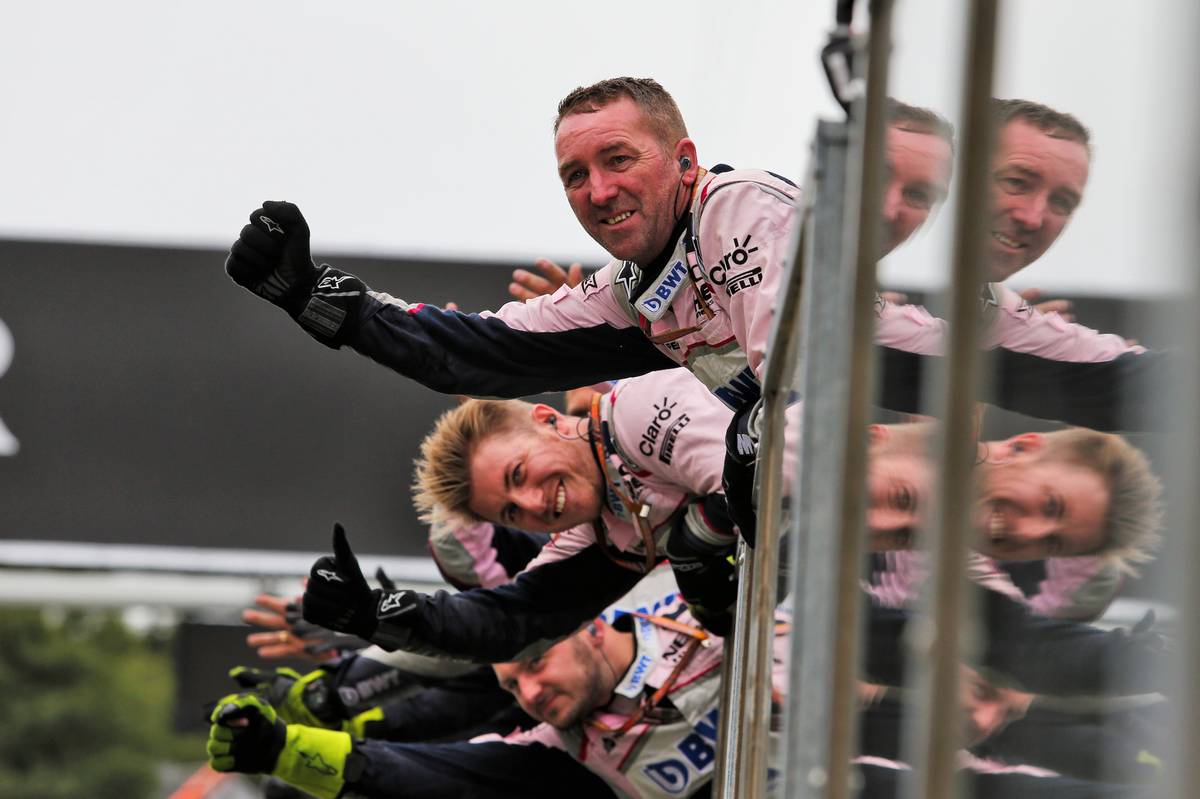 Obviously, the enthusiasm of Force India's new team principal Otmar Szafnauer was right up there with his drivers' ebullience.

"To come away from Spa with 18 points feels pretty good," said the Force India boss.

"We have been quick all weekend and it was important to convert our potential into a strong result today.

"It was a very eventful first lap, but we stayed out of trouble in turn one and Esteban was even challenging for the lead on the approach to Les Combes.

"Once things settled down, both drivers delivered clean and tidy races, but ultimately we didn’t have the pace to race for the podium today.

Picking up fifth and sixth is just what we needed and it’s a credit to all 405 members of staff who have showed great resolve in recent weeks.

"I congratulate them all and look forward to scoring more points in the races to come."