Second place in Sunday's Belgian Grand Prix was small consolation for Lewis Hamilton, who was clearly anxious by just how dominant Ferrari had been in Spa-Francorchamps this weekend.

"They just blitzed us today, there's not really another way of saying it," he admitted after finishing a long way behind his rival in the race. "11 seconds is a big, big gap."

In the past it's been Mercedes who have had the advantage in terms of engine performance. But judging from the way Sebastian Vettel was able to match Hamilton through Eau Rouge and then blast past him on the Kemmel Straight, that's emphatically no longer the case.

"I did everything I could in the race," he said. "But he drove past me like I wasn't even there on the Straight.

"He had the perfect gap between me and him going into Eau Rouge," he continued. "There's just not anything I can do to stop it.

"Naturally you try to come out the corner and get far enough ahead so there's not enough time for them to catch up. But jeez, he sailed past me like I wasn't even there.

"There was nothing we could do about that. I kind of knew it was going to happen," he admitted.

Ferrari had looked in charge all weekend, Vettel and his team mate Kimi Raikkonen successfully topping all three practice sessions at the iconic circuit.

They were in charge again in qualifying - at least until the rain mixed things up in Q3 and allowed Hamilton to pip Vettel to pole in the final seconds. But race day turned out to be dry, and that handed the whip hand back to Ferrari.

Hamilton had a chance to come back at Vettel when the race restarted after a safety car period for an accident at La Source on the first lap. Hamilton harried his rival through the Bus Stop and tried to force Vettel into making a mistake, but it didn't come off. 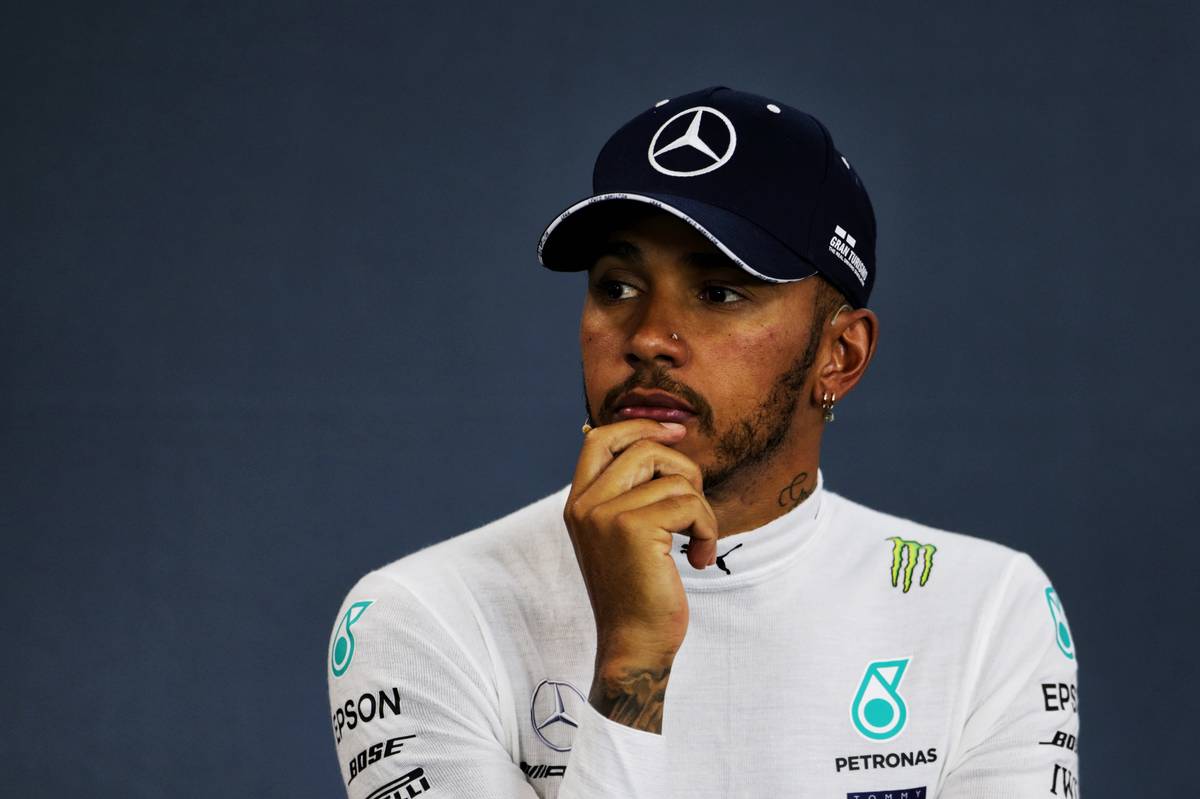 "At the restart I was hoping I could turn the head on it a little bit," he said. "But he was rapid out of the last corner and then out of turn one so he was miles ahead and I couldn't catch him.

"Even though I was in his tow I wasn't catching him," underscoring once again the superior performance of the latest Ferrari power unit upgrade.

“We were generally often quicker in the middle sector in qualifying, but for some reason in the race, I couldn’t keep up," he conceded. “That’s some serious pace they had today.

"It was hard to match their times. I think we lost the race in the first lap and at the Safety Car restart. After that, it was done. They were just faster on the straights and there was nothing we could do."

That's a worry for Hamilton, whose 17 point lead in the drivers championship won't last long in the remaining eight races of the season unless Mercedes can find an answer to Ferrari's new-found dominance.

"We came here with an upgrade, but unfortunately Ferrari were able to match us and even go faster. We've got to find more performance and improve on the areas where they're currently stronger than us.

"But the battle continues and for the sport this is really exciting. We will keep pushing.

"Sebastian did a great job today," Hamilton told Sky Sports F1. "He was solid and made no mistakes, so that’s going to be hard to beat.

"We've got to keep pushing as hard as we can to try and see if we can catch up. That's all I can say.

"They've got a few trick things going on in the car," he added, although he didn't expand on the point.