While other drivers said that Sunday's Belgian Grand Prix had been rather 'boring,' that certainly wasn't the way that Valtteri Bottas saw his day at the office.

The Finn was already seriously compromised by a number of grid penalties for having to use new power unit components this weekend. It meant the Mercedes driver started the race well out of position from 17th place on the grid.

Bottas was then caught up in the first lap incident at La Source, running into the back of Williams' Sergey Sirotkin in the confusion.

While the Williams was able to continue, the contact forced Bottas to pit for repairs. It dropped him to the rear again, but he still managed to fight back to eventually cross the line in fourth place at the finish.

"Our goal for today was damage limitation and we've had a good recovery drive," Bottas said after the race.

"I was hoping to maybe get the chance to be on podium, but I had a collision going into Turn 1 which damaged my front wing.

"After that P4 was the maximum we could get and it's not a bad result given the fact that we started from P17."

Race stewards subsequently reviewed that collision with Sirotkin and decided that Bottas was to blame. He was duly handed a five second post-race penalty.

"The driver of car 77 [Bottas] admitted the collision was his fault," said the official bulletin from the FIA.

"[He said] he had completely misjudged the situation and that the braking of car 35 [Sirotkin] caught him by surprise and that he should've left more margin.

Fortunately his margin over Sergio Perez was big enough that Bottas still held on to fourth place despite the time penalty.

In addition, he also receives two penalty points on his license, taking him to a total of four for the last 12-month period. 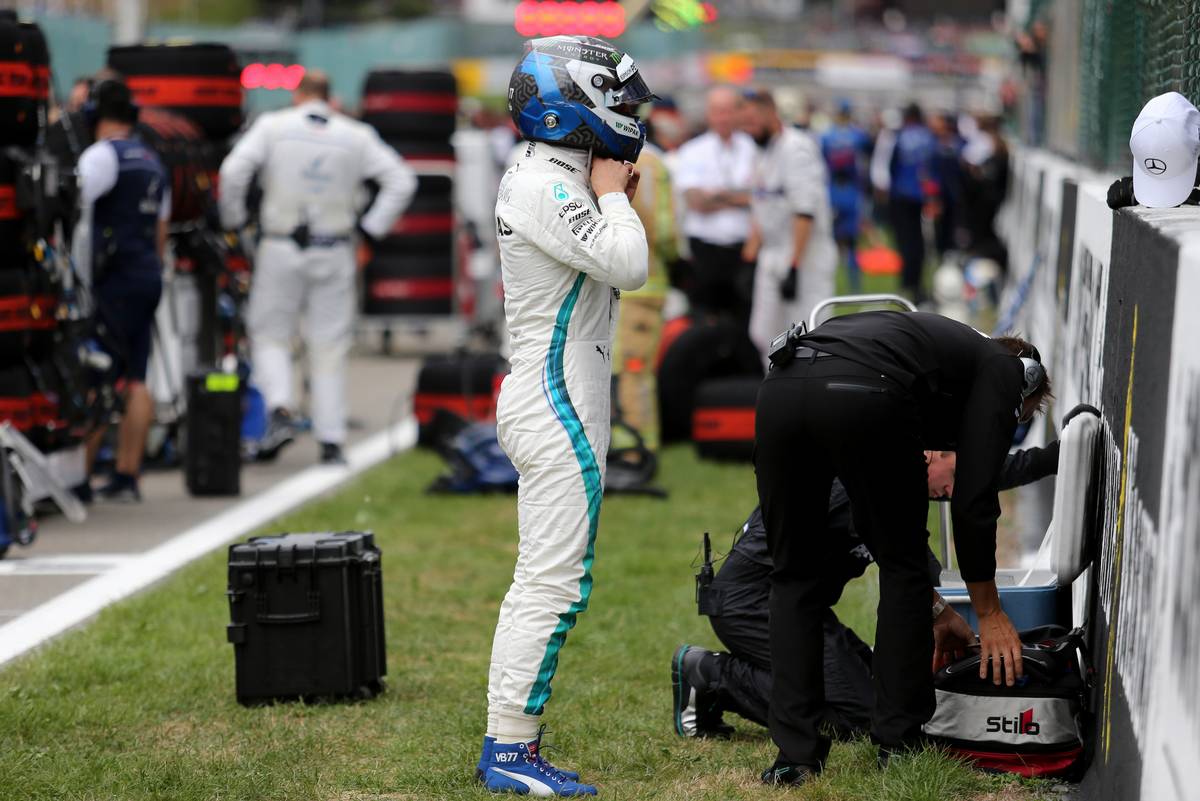 Not that this will take the shine off the day for Bottas, for whom fourth place was a very effective comeback in the circumstances.

"I actually quite enjoyed the drive today, as I got to overtake a lot of cars," he said. "My favourite moment was probably the pass in Eau Rouge - that was a lot of fun.

"Unfortunately, we couldn't win the race today, but we scored more points than Ferrari, so that's one positive.

"They looked really strong this weekend, both in qualifying and in the race. We made a step forward with our engine for this weekend, but the Ferraris are still quicker so we need to keep pushing."

Despite race winner Sebastian Vettel's apparent dominance in the race, an early retirement for Kimi Raikkonen means that Mercedes has actually added five points to its lead in the team championship.

"Valtteri put in a great drive from the back to claim P4, so the points total brings us a small advantage on the constructors' side," noted Mercedes team principal Toto Wolff.