His final round time of 1:36.015s put him three tenths faster than Red Bull's Max Verstappen and clinches the 265th pole position for a British driver in Formula 1. By himself, Hamilton now accounts for 79 of those.

Having come into the session with hopes of a front row lock-out, Ferrari will be bitterly disappointed with Sebastian Vettel managing only third place on the grid. Meanwhile Kimi Raikkonen starts tomorrow's race from fifth behind Valtteri Bottas. 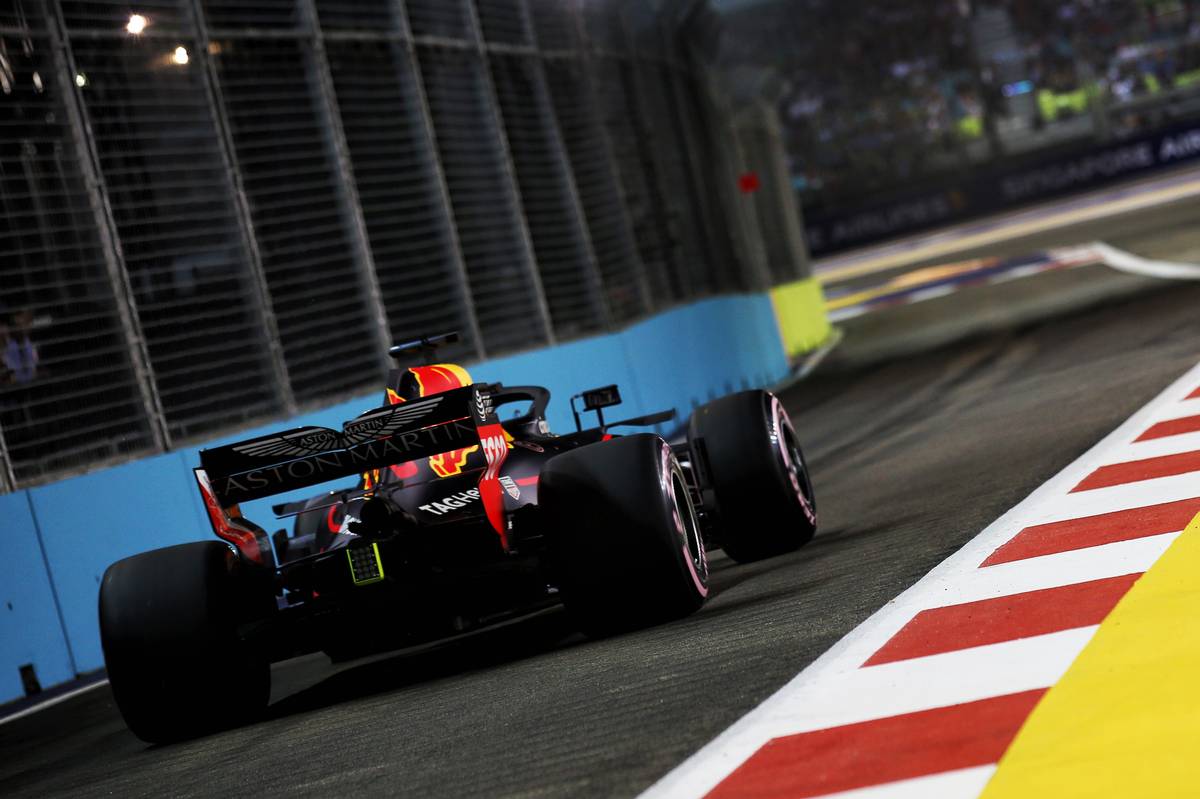 Q1: Ricciardo springs a surprise as Hamilton cuts it fine

First out on track under the glare of the floodlights were the two Haas cars of Romain Grosjean and Kevin Magnussen followed by the pair of Saubers driven by Charles Leclerc and Marcus Ericsson. Not far behind them was Kimi Raikkonen, who soon put Ferrari at the top of the times with an opening run of 1:38.534s. So far, so according to plan for the Scuderia.

Raikkonen's time survived flying lap runs from Force India's Sergio Perez and Esteban Ocon. It was a few minutes before the Finn was finally ousted by a brilliant effort from Red Bull's Daniel Ricciardo, whose team mate Max Verstappen then took up residence in third place until Sebastian Vettel weighed in to displace the Dutchman.

Mercedes waited for a few minutes before ushering Lewis Hamilton and Valtteri Bottas on their way on ultrasoft tyres; Hamilton ran wide in the final corner on his run and was only ninth fastest, while Bottas got held up in traffic on his first attempt. He had to go again and found enough pace to put him into the top ten ahead of his team mate.

Even so, neither of the Silver Arrows felt confident enough to sit out the rest of the session in the garage. They stayed out for another go, but Hamilton ultimately aborted that run after complaining his rears were 'done'. He then had a few nervous moments as improved laps elsewhere saw him pushed all the way down to 14th, perilously close to being eliminated from the session.

The five drivers on the wrong side of the cut line were headed up by Magnussen, whose team mate Grosjean had conversely just set the fourth fastest time of Q1. Toro Rosso's Brendon Hartley was also eliminated, while Stoffel Vandoorne clipped the wall in turn 21 on his final run and ended up in 18th. Sergey Sirotkin similarly had a close encounter with the wall but still pipped his Williams team mate, after Lance Stroll became the first driver to have a time deleted for exceeding track limits at turn 7. 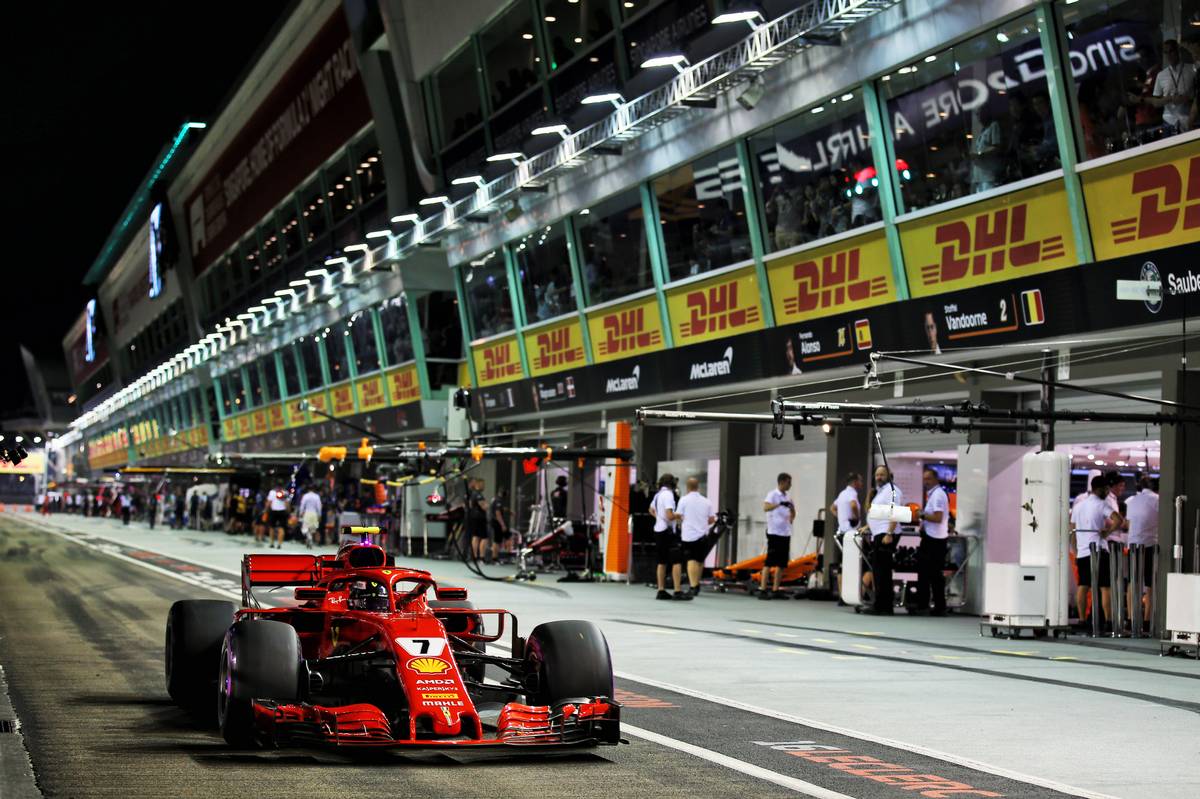 Having saved a set of hypersoft tyres in Q1, Mercedes were straight out out on the pink compound in Q2 while Ferrari went for the opposite approach, dispatching Raikkonen and Vettel on ultras. The drivers have to start Sunday's race on whichever tyres they set their fastest Q2 lap time.

Hamilton put the faster compound to good use and went top with a time of 1:37.344s, a full second ahead of Bottas, while Raikkonen had to back out of his first lap. But the surprise was the form of the Red Bulls, Ricciardo coming close to matching Hamilton and then Verstappen actually going faster than Hamilton by more than a tenth.

As Vettel eventually logged in only tenth fastest, Ferrari quickly realised that the ultras were never going to get them through to the final round. "It's just not fast enough," Raikkonen confirmed over the team radio, adding: "It's way too slow, it's pointless to keep going". The team responded by recalling both men for an urgent change of compound.

With the exception of the Red Bull drivers - who clearly felt there was nothing more for them to extract from their car - everyone was back out for a final run, with the pressure squarely on the Ferraris. Raikkonen duly responded to the call and went top with 1:37.194s, while Vettel managed to scramble to safety in fifth despite hitting a nightmare gaggle of traffic on his run.

A late improvement saw Bottas up to third ahead of Hamilton, dropping Ricciardo back to fifth ahead of Vettel, Perez, Grosjean and Renault's Romain Grosjean. The final Q3 spot went to Force India's Ocon.

Just missing out on progressing to the pole shoot-out round was McLaren's Fernando Alonso, while Charles Leclerc ended up in 12th after becoming the latest driver to cut it too fine in turn 21. His team mate Ericsson will start alongside him on the grid on Sunday in 14th, just ahead of Toro Rosso's Pierre Gasly. 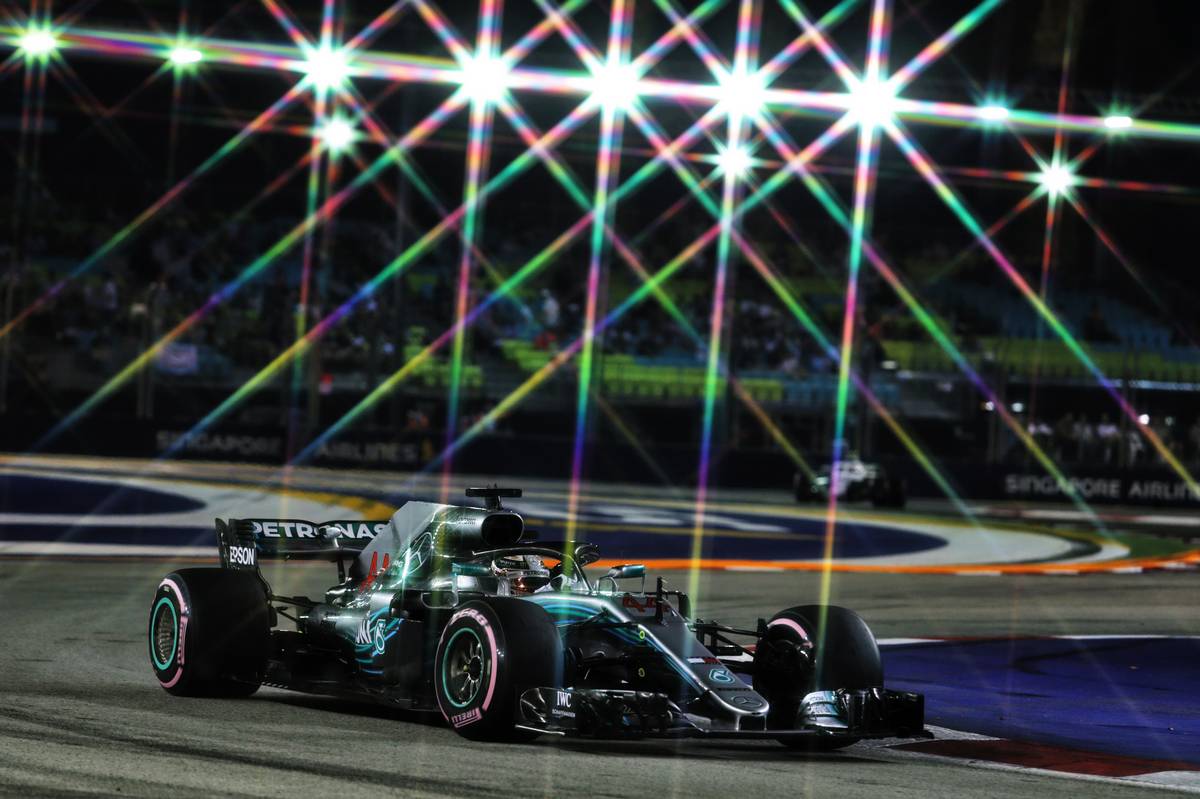 With the exception of Grosjean, everyone was quick to get to work in the final round of qualifying with Raikkonen the initial benchmark. The Mercedes drivers picked up the gauntlet, Hamilton immediately going top with an astonishing time of 1:36.015s which was a whopping seven tenths faster than Bottas.

Verstappen and Vettel did their best to respond, and were able to install themselves in second and third respectively in the gaping chasm between the brace of Silver Arrows. As a result Raikkonen found himself pushed down to sixth ahead of Ricciardo, with Hulkenberg besting the two Force Indias for seventh.

Hamilton was unable to improve with his untidy second run, but neither Vettel nor Raikkonen could find the time needed to come close to challenging him for pole. There was a late threat from Verstappen who put in a purple middle sector, but the final part of his lap drained away and in the end he had to settle for second place on the grid.

Perez did manage to find some extra pace in the closing seconds and finished in seventh ahead of Grosjean, while Ocon brushed the wall on his final tour and will line up in ninth after Hulkenberg was pushed down to tenth place as the chequered flag came out. 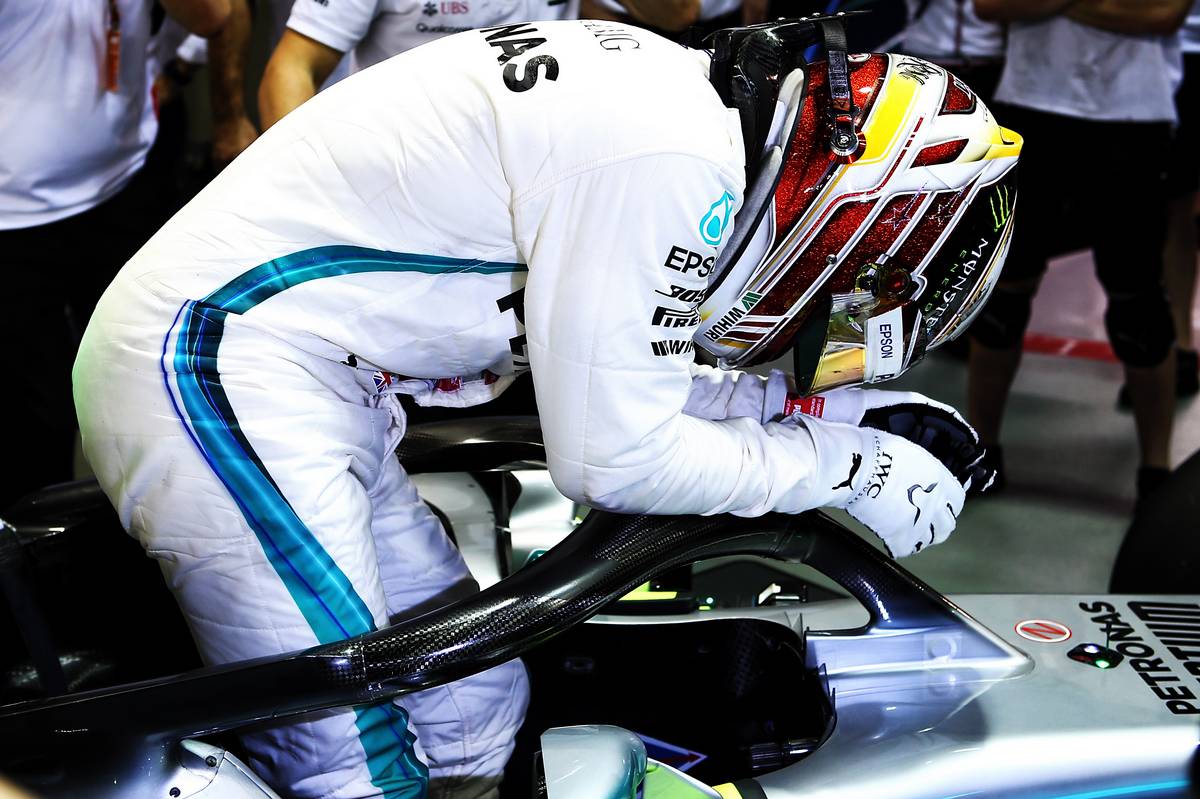 Newey: 'Having the best car but no chance at the title is demoralising'