Red Bull's Max Verstappen confessed to be surprised by his runner-up performance in qualifying on Saturday, but admits he'll need a good start and perhaps favourable circumstances to have a chance of winning on Sunday.

Red Bull didn't exactly hit the ground running on Friday, but set-up work and progress gradually brought the team's RB14 up to a decent level of performance by Saturday evening.

Still, with Ferrari and Sebastian Vettel the designated favourites for the session, and Mercedes always a force to be reckoned with, Verstappen was cautious going into qualifying.

In the end however, Vettel was left behind while the Dutchman - a bit amazed by his feat - will line up alongside Hamilton on the front row of tomorrow's grid.

"Very surprising actually," said Verstappen when asked how he felt about his performance.

"It was a good lap, the car was working actually really well, we made a really good step from all the practice sessions into qualifying and how we were setting up the car.

"Even with the problems we had - the car just falling into neutral, weird things with the engine when I was going on power it was cutting out - even in Q3 I had that problem.

"Very weird but very happy to be still second." 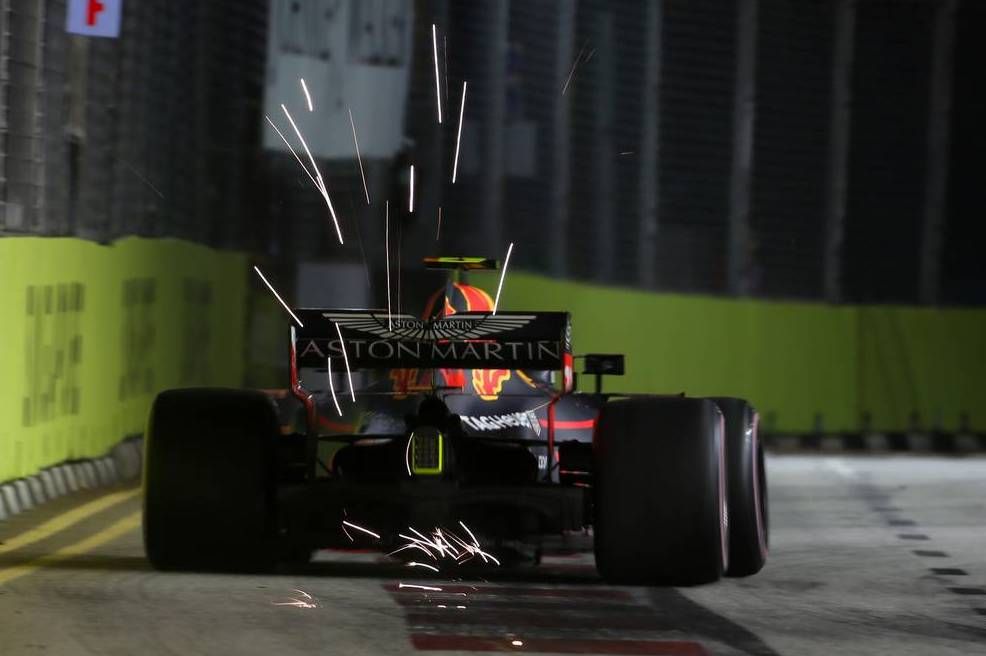 Earlier in the day, in the final free practice session, a frustrated Verstappen was heard complaining about his Renault power unit's functioning almost every other lap.

"So far they don't know what's going on , but in the race it should be better because you're not running on full power. We'll see tomorrow," he said.

Asked about his prospects for the race, the 20-year-old rated his chances as good as his start

"It all depends on the start. If you can take the lead, for sure you have a good chance," he explained.

"And also it depends on the safety car that are coming in but starting second gives you a better opportunity than fifth or sixth."

The Red Bull charger admitted that his fate in last year's race, when he was involved in the first lap chaos brought on by a clumsy Vettel, wasn't on his mind.

"Those things happen in racing, they can happen at every track and it was just a very unfortunate situation. Everybody learns from them and you just go on," he said.