It's still several months before Kimi Raikkonen wraps up his time at Ferrari and switches Maranello for Hinwil, but Sauber's shock decision to re-hire the former world champion is already paying off.

That's according to Sauber team principal Frederic Vasseur, who says that they are already receiving an explosion of interest from potential sponsors.

“The announcement of Kimi was a huge push also in terms of marketing," Vasseur told Autosport. “We are receiving offers from every single area, from sponsors.

"I think we will discover the impact of Kimi’s situation week after week," he added. "On the grid, he’ll be with one of the three world champions next year, with Seb and Lewis, and he has a huge impact.

"I probably even underestimated the impact," Vasseur admitted. "I’m not a big fan of the social media, but I think it’s a huge thing.”

Vasseur said that fans shouldn't have been surprised by Raikkonen's decision to return to the team where he made his Formula 1 début in 2001.

"I couldn’t imagine that I would have been convince Kimi to join the team. But thanks to everybody in the company, we made a good improvement. I think Kimi will enjoy racing with us.

"It’s a huge push to consider that someone like Kimi could join the project - that he trusts the team, he trusts everybody in the team," Vasseur added. “It's giving you self confidence: 'The guy in front of me, who is a world champion, is considering that I can do a good job, so full push.'

But after partnering with Alfa Romeo over the winter and securing a supply of current specification Ferrari power units, the team has been increasingly on song in 2018.

"We already had the same push when Alfa joined," acknowledged Vasseur. 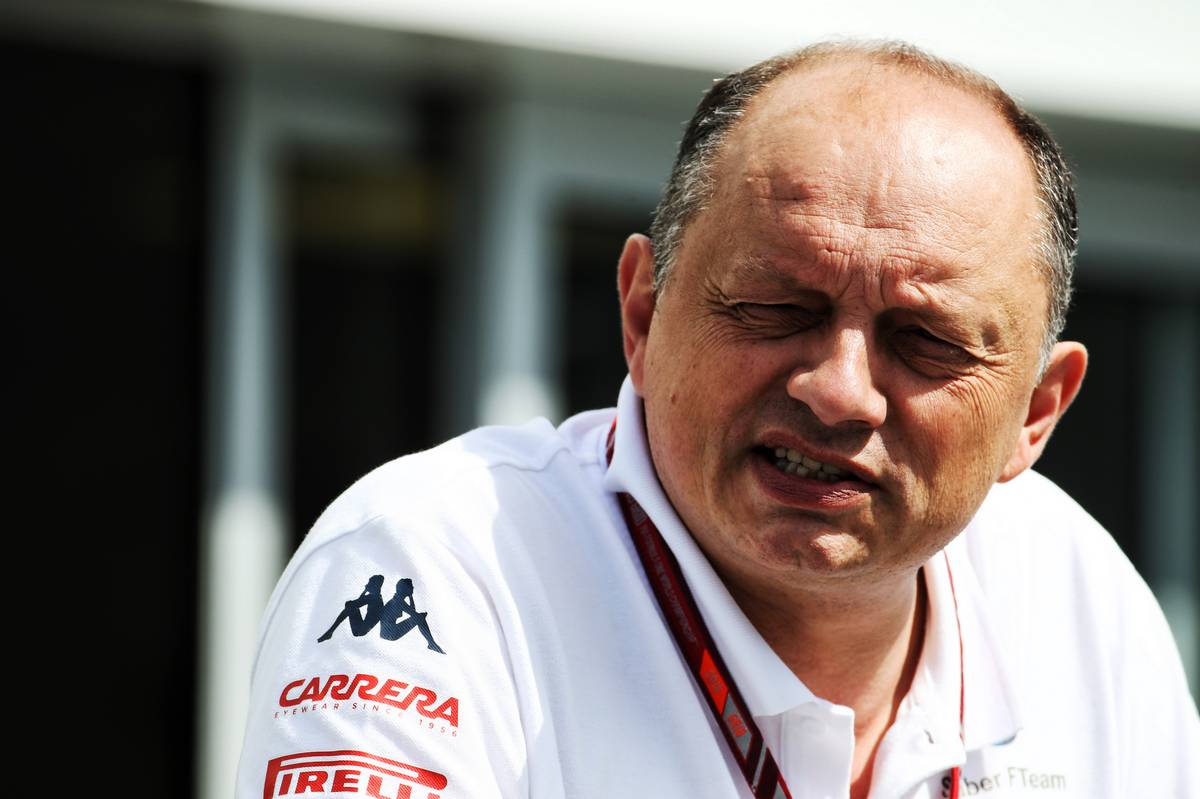 The team has already scored 21 points this season, successfully finishing in the top ten in nine of the 15 races to date. Both Charles Leclerc and Marcus Ericsson have been making regular appearances in the final round of qualifying.

No wonder Raikkonen feels it's a team worth returning to. And from Sauber's point of view, the 38-year-old's extensive knowledge and experience could propel them to a whole new level in the sport.

"He has the reputation to be a very good technician, with very strong feedback," said Vasseur, who added that this was much more important in a small team like Sauber than it was in a huge set-up like ferrari.

“We need to have a strong leader on the driver side," he said. "He has very strong feedback, and he’s probably one of the best - or the best."

The team is yet to announce who will partner Raikkonen in 2019, although Vasseur has said that "we will take a decision quite soon."

Hamilton: 'They’re bringing their A-game and I’m bringing my A-game'